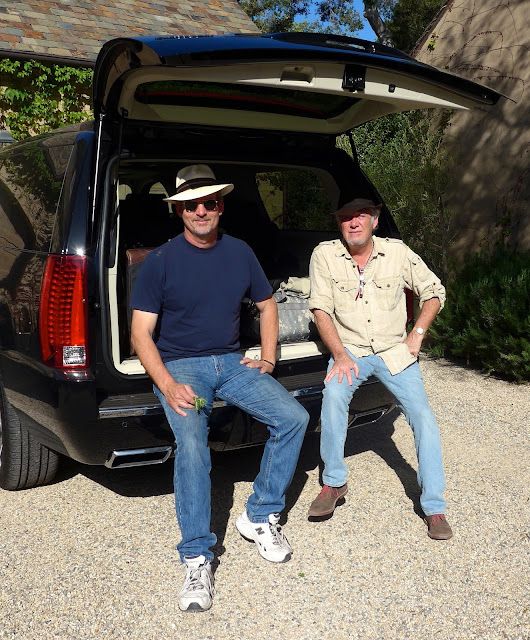 On the day of the Worm Full Moon, Thomas Van Stein and I leave the ordinary world behind and set off on the COW’s maiden voyage, a journey I dub When Money Was Real because we’re heading to… Gold Rush Country.

It is appropriate that Van Stein is first to join the club:  Under the Surreal Bounce moniker, the artist Van Stein and I had together embarked on travels to strange places straggling the very fine line between creativity and madness.


We’d ventured to Gheel to visit the relics of St. Dymphna (patron saint of lunacy), to the madhouse in St-Remy where Vincent Van Gogh lived and produced his finest work, to Marfa, Texas for the paranormal lights, to Alaska, and its aloneness, and to the rock bottom beneath Cold Spring Bridge, where too many sad souls have ended their lives by jumping off.

Never had we traveled so comfortably as in the COW. 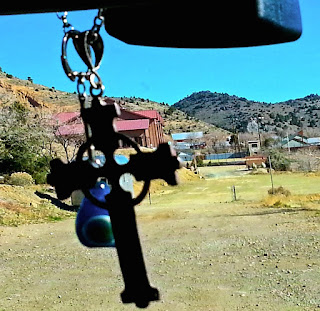 Hanging from the rearview mirror:

A silver Celtic cross, 21 grams (the weight of one’s soul) and a ceramic evil eye my Armenian grandmother carried on her keychain for a quarter-century. 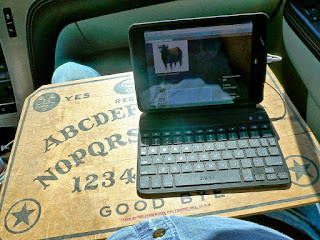 A vintage Ouija board I bought in Salem, Massachusetts (another adventure with Van Stein…) serves as a lap desk.

I set the trip odometer to zero and, before we know it, we’re breezing by Santa Paula and Fillmore, a left on I-5, due north through the Tejon pass and a basin full of dust.

A ‘60s station on Sirius plays a series of songs I haven’t heard in decades, maybe since I passed my first driving test, making me feel like I’m back in high school, set free from care, no more falling sky.

And isn’t that just the way a road trip is supposed to feel?

We leave Bakersfield and Fresno in the dust, veering off into the Sierra Nevada foothills, Neil Young singing After the Gold Rush. 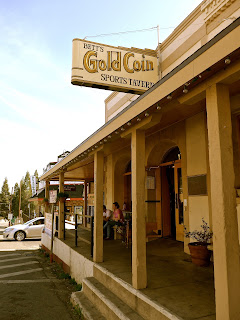 Arriving in the town of Mariposa is a relief after five hours’ driving, even better when a smiling female bartender in Bett's Gold Coin taps Sierra Nevada beer into a pair of iced mugs.

Route 49, named in memory of those who panned gold, is a long series of twists and horseshoe turns, mountains and canyon all the way to Angels Camp, where Mark Twain, feeling embarrassed and humiliated, sought refuge—slinking, he called it—after getting fired from his job as a reporter at the Daily Morning Call in San Francisco for writing a piece of journalism (“Inexplicable News from San Jose”) way ahead of its time. 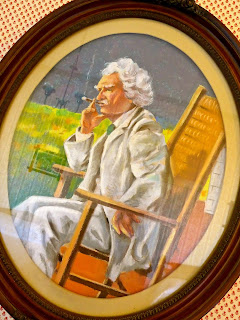 Almost a hundred years later, the New Journalism innovated (unsuccessfully) by Twain would be resurrected as original by Tom Wolfe, with all the same devices unique to literary journalism, including a gonzo style credited to Hunter Thompson, if first conceived by Samuel Clemens under his famed nom de plume. 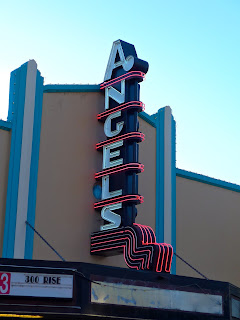 On this late Sunday afternoon, Angels Camp is deserted and lonely. We look around and stretch our legs before steering the COW onward to Murphys for overnight lodging.

No better place to celebrate St. Paddy’s Day than Murphys, and thousands did, two days early (a Saturday), leaving the town quiet and beat-up for us. 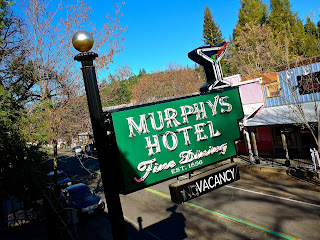 We choose a pair of sparse rooms in Murphys Historic Hotel, dump our bags, and walk the main drag, scoping bars for the right place to lubricate until, for lack of decent choice, we’re back where we started, the hotel’s own saloon. 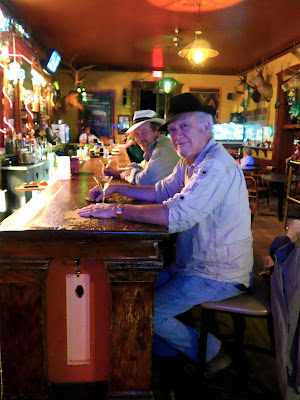 The choice of libation is clear: Irish whiskey.

“Put Jameson in a shaker with some ice, stir it around, pour it into a martini glass,” I instruct the barkeep.

It works for gin and vodka, why not whiskey?

“What are your biggest sellers?” I ask the barkeep, truly interested because I own a bar.

He’s a scotch connoisseur, that’s what he talks up, so I need to rein him in.

“What vodka you sell the most of?”

“You sell much Fireball?” I ask, referring to a cheap cinnamon whiskey taking the liquor industry by storm.

“You kidding?  It flies out of here.”

I shake my head, knowing it’s true, but incredulous nonetheless.  “Why?”

“For me the starting point is Don Julio.”

“We go through a lot of Patron.”

“Okay, now food,” I say, switching gears.  “Where are we going to get the best meal in town?”

With mashed potato, gravy, and fresh vegetables, it is a feast for two hungry road warriors.

“What about wine?” I ask

A list is proffered.  I’m thinking pinot noir, but the barkeep suggests Hatcher, a local winery.  “It’s strong,” he adds. 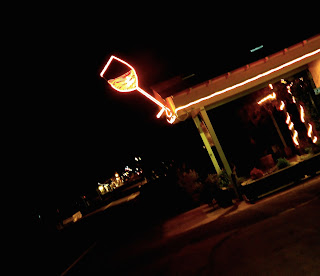 Plates cleaned, bottle drained, the Full Worm Moon beckons us out for a stroll.

Come to think about it, all towns look better at night. And feel better, too, especially after whiskey and wine. 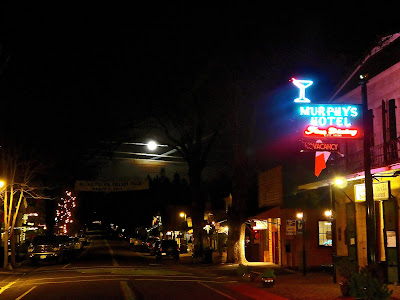 He sets up his easel and paints.

I retire to my sparse room and allow TV news to bore me to sleep.