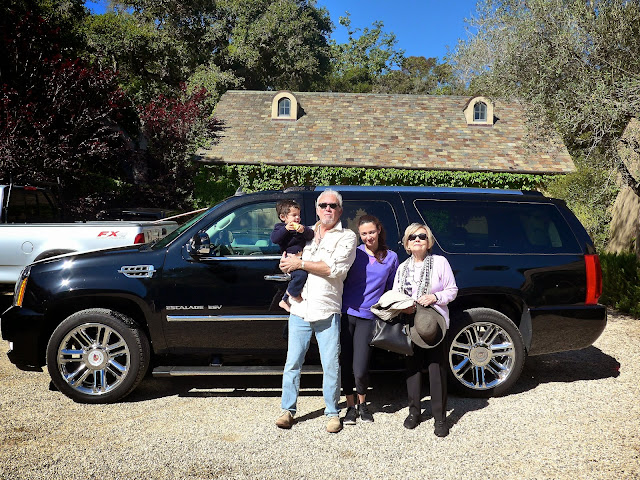 Thomas Wolfe wrote, “You can’t go home again,” in his case (as with John Steinbeck) because people back home were not so pleased about how they (and their hometowns) had been depicted.

But it was Kurt Vonnegut, Jr. who truly explained why you can’t go home:

“Where is home?  It’s Indianapolis when I was nine years old.  I had a brother and a sister, a cat and a dog, and a mother and a father and uncles and aunts.  And there’s no way I can get there again.”

I embark on a day-trip with four generations of my family inside the COW:  my elderly if spirited mother, my younger daughter, and her son.

I lived the first five years of my life in West Hollywood before moving to Beverly Hills.

And moved again at 14 to London, England.  I didn’t miss LA, not even the sunshine and warmth, preferring four seasons and a cooler clime. 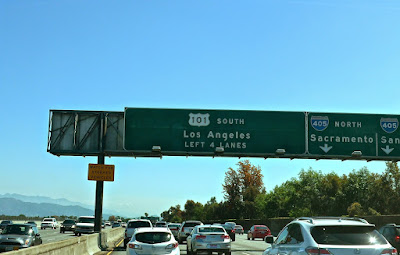 On the morning of this road trip, as on other one-day excursions to edgy LA, I begin brimming with energy and optimism.  (It would not last.)

We launch south on 101, a stretch of coastal highway until Ventura, where the road veers inland.

The Conejo Grade, a seven percent incline, tests the COW’s strength:  Even with four persons and three heavy cases, we leave all other vehicles in our trail.

The COW’s automated soothsayer always knows about such things going on fifteen miles down the road, and officiously reports any such “traffic event."

Denser traffic and aggressive drivers signal that The City of Angels will soon consume us.

Many years ago I developed a style of driving I call Milanese (from driving in Milano, of course), which deals it back to offensive drivers in large, crowded cities.

The COW is intimidating by itself, but coupled with Milanese techniques, the road belongs to me.

Up and over Coldwater Canon, left onto Sunset Boulevard, a right at Doheny Drive, and past Keith Avenue, my very first home.    Next, my third—where I spent most of my childhood—North Palm Drive in Beverly Hills.

The house itself was razed years ago, replaced by a mini-manse.

I lose my bearing, disorientated by many other such re-builds.

Old neighborhoods are supposed to decay, not morph upmarket, right?

Not this town.  It has become Tehrano (a cross between Tehran and Milano).

The pavements and lawns on my old street once teemed with more than twenty kids.

None of us needed after-school programming or Ritalin or Adderall.

We spontaneously invented, on a daily basis, our own activities (as children once did), without the interference of Big Pharm and all the doctors they pay-off to prescribe their meds.

Now this neighborhood is as soulless as a strip mall.


My grandson—The Dude—settles happily into a grilled cheese sandwich, fries, chocolate milk, and Mickey Mouse on the iPad, nary a complaint.

I reward him with a romp at my old romping grounds:  Roxbury Park.

It doesn’t take much to please a twenty-month toddler:  a slide, a swing. 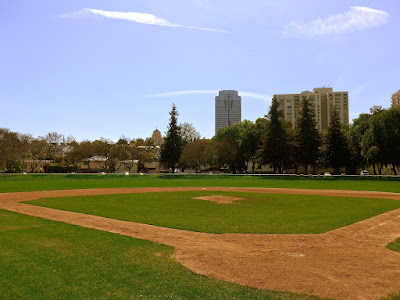 I stroll the old baseball field for the first time in forty-five years, drawn to a grassy area with trees nearby where I last saw, as an eight year-old, my girlfriend.

I’m not sure if Pam was real or imaginary (I have another vision of her in the little kids’ lunchroom at Beverly Vista Elementary); our minds, as we grow older, are just a jumble of what is real and imagined. 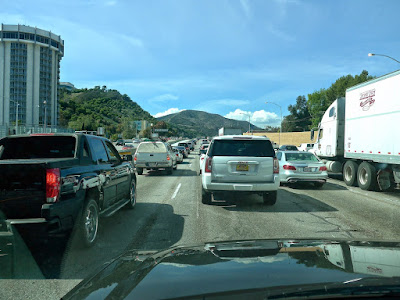 Rush-hour traffic starts early for Angelinos and, even though it is mid-afternoon, we roll at a mule’s pace to gain entry to the San Diego Freeway, itself a parking lot.

This is when the automated soothsayer suffers a nervous breakdown, announcing every ten seconds we are in traffic—something we already know—with many more jams ahead.

If I were this panicked, I’d drop a Xanax.  But how does one tranquilize an automated soothsayer?

Posted by Robert Eringer at 4:07 PM