HOW THE COW WAS BORN


So I decided to create my own club with it’s own clubhouse.

A clubhouse on wheels:  Acronymically, COW.

A few months earlier, on a road trek from Washington D.C. to Parkersburg, West Virginia, I’d rented a Chevy Tahoe.  It seemed roomy and comfortable for four guys and their gear, so the Tahoe became my starting point.

I wanted to be able to pile in two toddler grandsons, their mothers, and my wife, at least one son-in-law—and still have enough room for a weekend’s worth of luggage for everyone.

The Suburban and Denali, I quickly discovered, possessed the same truck chassis and engine as the Tahoe, but with extended cargo space.  I drove out to Graham Chevrolet to kick some tires.

After assessing all my options, one vehicle stood out above the pack:

Because what’s a club without leather club chairs? 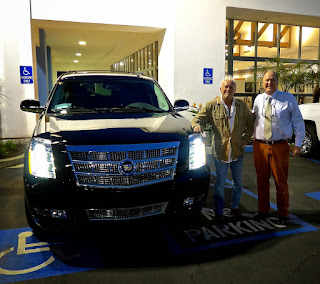 I paid cash (less than half the amount due the Coral Casino had I joined that "social" club) and, on 27 February 2014, drove it off the lot.

For a full week it sat in the forecourt of my house, intimidating the hell out of me by its sheer size.

Slowly, I assessed the angles, examined the thoughtful detailing, and savored the aroma of new leather, all the while continuing to stave off actually driving this behemoth. 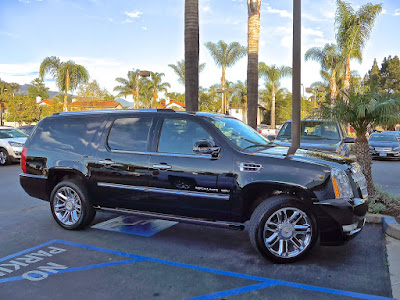 Then I realized, like a raging bull, it had to be tamed.

So finally I got behind the wheel and ran it around my daily routine.  During the course of a day’s errands, I fell in love with it.

Wide side mirrors that flash a light when another vehicle occupies blind spots, a crystal-clear digital monitor for reversing.

As for freeway aerodynamics:  at eighty miles an hour you’re left wondering why it feels so slow, so quiet, so smooth.

I didn’t need to pick up Kerouac’s On the Road because I’d already read it four times and its impact remained etched in my psyche, egging me on to do something I’ve been meaning to do ever since I first read it over forty years ago:  hit the road.

I’d never found the right juncture of time and opportunity for road trips.  And now I’d find the time, take the opportunity, and out of it I’d sit down and attempt the Great American Novel, which I’d already begun to plot in a leather journal.

The sounds and aromas I’d need for verisimilitude could not be Googled but come only from the road itself.


I devoured John Steinbeck’s Travels With Charley—maybe the best road book ever written—and I realized that every generation laments society’s progress beyond the period in which they’ve lived.

It made me think of a painting I grew up with until the age of fourteen and never saw again until I found it recently on Google Images.  It was actually a print mounted on a wooden board that hung on a wall over the top bunk bed where I slept for a time.  In it, two cowboys riding horseback gaze up at a large airplane in the sky.  As a kid, I read their thoughts to mean, Whoa, our days are numbered!

(I was less enamored by Bill Bryson’s Lost Continent, which I found cynical and made the author seem like a grumpy old sourpuss.) 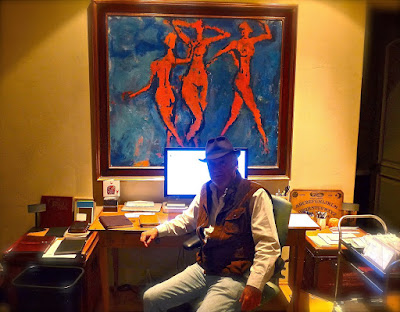 As my reading progressed, and the gap between researching and taking delivery of my COW narrowed, I experienced something of a Eureka moment:

My COW concept is the perfect new phase for me, based on opening my spirit to the road and all the knowledge from journeys to come.

Posted by Robert Eringer at 8:45 AM