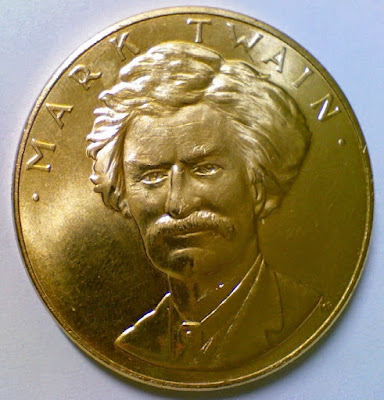 Hot coffee and a plate of something Murphy’s calls “Hash brown Heaven” gets us up and out and back through Angels Camp, where Calaveras Coin and Pawn whistles my name.

Turns out, this is the very site (back then a saloon) where Mark Twain overheard a prospector tell a long, drawn-out story about a jumping frog. 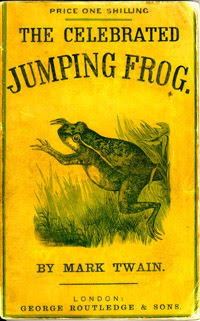 As soon as he returned to San Francisco, Twain wrote it up as a short story, which, when published in The New York Saturday Press, launched him to fame.

It took slinking for Samuel Clemens to inadvertently manifest his destiny as a literary humorist.

The road brings out the shopper in me.  I rarely engage in retail therapy at home, preferring to order whatever I need online. But on the road, I’m looking for artifacts and curios and talismans.

This shop in Angels Camp obliges me.

Holding this coin, studying Twain’s features, I’m struck by an epiphany:  Mark Twain is the COW’s spiritual mentor.  I've carried it with me ever since.

We drive Route 49 through San Andreas into Placerville and poke around junk and vintage shops in search of a genuine gold rush pan.


It sits waiting for us in the window of an antique shop.

I reckon it must have been the same one Mark Twain used during his failed career as a panner.

“What makes you think it was his?” asks Van Stein.

“What makes you think it wasn’t?” 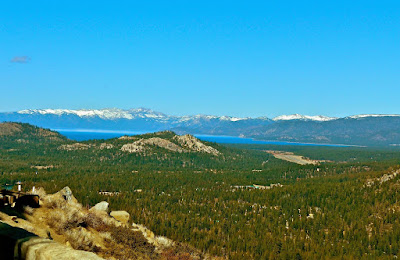 Onto south Tahoe, a grand view of lake from mountain pass until we’re alongside it, cruising a tacky settlement of motels, condos, and fast food shacks.

It’s easy to spot the border with Nevada as it looms in the distance:  grotesque high-rise casino-hotels sit on each corner across from California.

Posted by Robert Eringer at 5:03 PM