Over breakfast, Van Stein and I reason there’s no point repeating the Death Valley experience a second night, let’s roll onward to Pahrump, which I’d been meaning to visit at a friend’s suggestion. 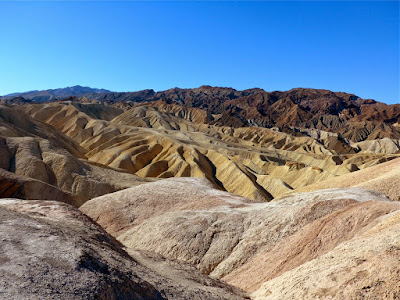 We loop through The Badlands, a lunar-like landscape, untouched for millions of years, and soon after roll into an odd town called Amargosa, a word that has no meaning in any language and may be the most surreal place I’ve ever visited (and I’ve visited some very surreal places). 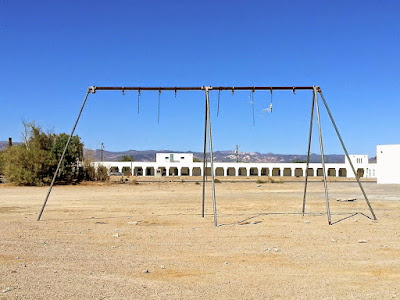 An old children’s swing-set, without swings, sets the tone.

While driving through this ghost town, a ballet dancer and artist named Marta Becket suffered a flat tire after which she suffered an epiphany:  she should buy the town and recreate it as her own installation. 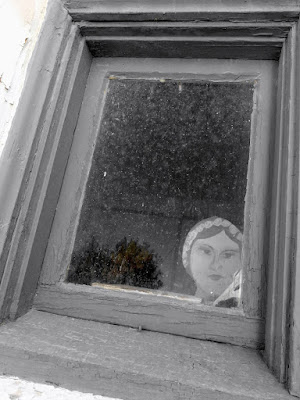 Which renders it a ghost town with herself as one of its four living ghosts.

Marta, it transpires, personifies what Van Stein and I had been searching during our seven-year Surreal Bounce odyssey:  a very fine line that exists between creativity and madness.

It is clear Marta has toed that line, literally, for decades. 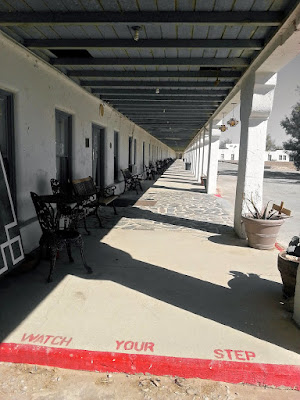 The Amargosa Hotel is open for business but there isn’t any.

Strolling inside, I find a kitschy time capsule with a heebie-jeebie-inducing barn-meets-junk-store odor. 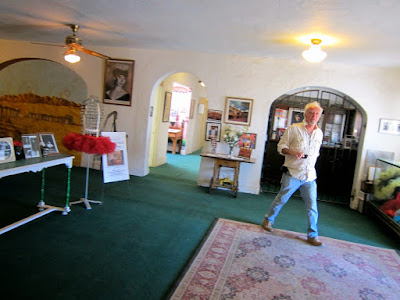 Van Stein skips around like a desert jackrabbit while I weave about, hair on end partly because I forgot to pack my hairbrush.


Onward to Pahrump, which looks exactly like its name sounds.

Or, as it was explained to Van Stein in a text from a friend who used to live there:  It’s a shithole trailer town with a Walmart. 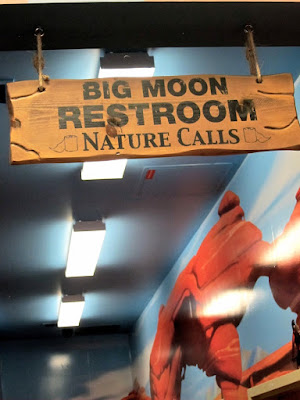 This is unfair.  To shitholes and trailer towns, screw Walmart.

In a matter of seconds I conclude that I will not be spending a night in Pahrump, or even much of the day, or ever returning in this life—or in any other future reincarnation.

We stop just long enough to feed the COW, pick up some jerky, chocolate, and cans of Starbucks espresso for the road, and then its Piss off, Pahrump.

Far ahead in the distance:  Las Vegas, with no plan, on our part, to get any nearer to it than we absolutely must.

But Vegas has other ideas.

About to circumvent Sin City on a road that is supposed to connect to the one we’re on and take us around and out, we discover to our horror no such connection exists and we have little choice but to exit on Frank Sinatra Drive… 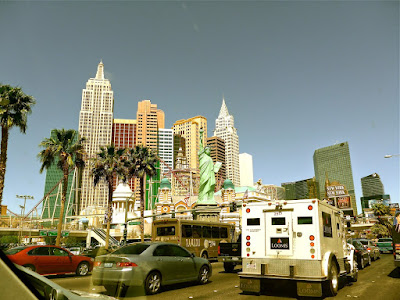 ...which lands us smack in the middle of New York, New York.

“How the hell did that happen?” I holler.

“Yes, there is.  We’re the ones getting forked.”

Vegas sucks you in, and then you’ve got to work hard to get shat out, through the bowels of the city:  urban sprawl, which goes on for miles and miles and miles, with traffic lights at every intersection turning red just as you approach, and staying red for seven minutes to hold you captive, unless you turn around and head back to the Strip, at which point the lights all turn green and you are ushered in.

It takes time and patience to stick with red—not black, odd or even—but we loosen Vegas’s grip and roll onward to Boulder City, built as lodging for the laborers who built Hoover Dam.

We pull in.  It’s cutesy, but nothing more, maybe a look-see-for-an-hour kind of place, take a peek at Lake Mead, which is turning into a pond. 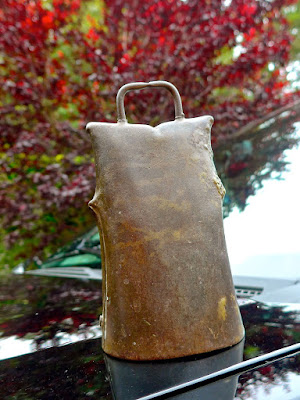 Inside an antique shop I find precisely what we need:  a century old cowbell, made in Germany, great sound and a must-have for my COW, ring-a-ding-ding for pit stops and such.

We try to engage people, but no one seems to know nothing about anything.

You ask them about the most prominent landmark in town and they do a blank.  If they know, they’re not saying.

“You mean, like over time the desert dryness dehydrates their brains?”

Over a pie at Tony’s Pizza, I clack away at the iPad to assess options, because it’s clear we’re not staying here.

“We could go to Bullhead City,” I say, “and if that sucks, as I expect it will given my experience with Nevada casino resorts, we can keep going to Lake Havasu.”

I’m already soured on it.    “London Bridge belongs in London, not on a man-made lake.  Anyway, the moron who bought it thought he was buying Tower Bridge.”

“Doubt it.  There’s nothing distinctive about London Bridge, he could have built his own much cheaper than dismantling and shipping it all the way over here.”

I feel depressed as we head south, Van Stein behind the wheel, me navigating.

Sometime later, he says, “Hey, wasn’t that our exit for the road to Bullhead City?” 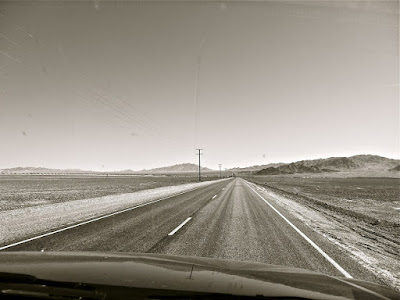 “Because it’s going to suck.  We need to keep going.”

Understand, we’ve been driving for over five hours, a destination nowhere in sight, yet we know we’ve got to be fresh, and in the desert, for a full moon and lunar eclipse.

I say, “If we stay on this road, cut right onto I-40 then get off and head south, we’ll be at Joshua Tree National Park.  That is supposed to be the best place in California for sky gazing.  There’s a town near the park’s entrance called 29 Palms.  That’s where we’re going.”