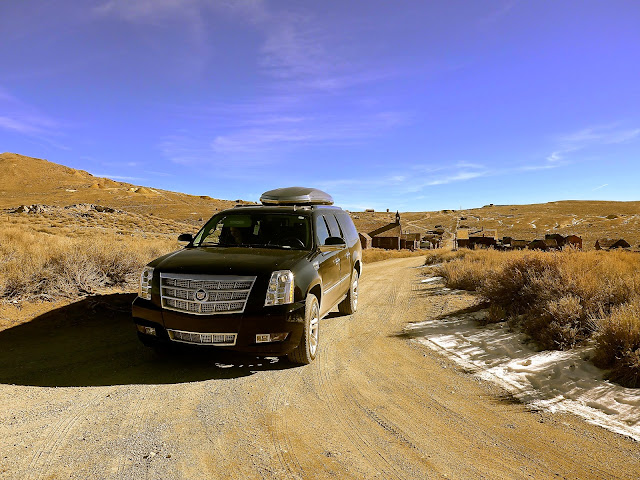 While one side of the family skis, I, my younger daughter, and The Dude join me for a road trip to Bodie, about an hour-and-a-quarter north. 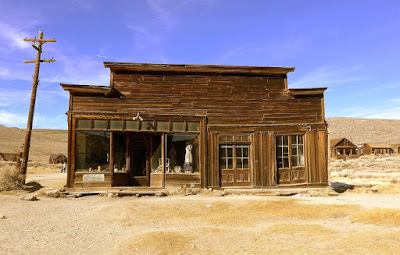 Frozen in time, Bodie was, in the late 1800s, one of the busiest gold mining towns in California, with a population beyond 10,000.

The miners lived here during scorching summers and brutally cold winters, supported by food merchants, saloons, brothels, and gunslingers, all in it for their slice of treasure unearthed from the ground.


Everyone is long gone. 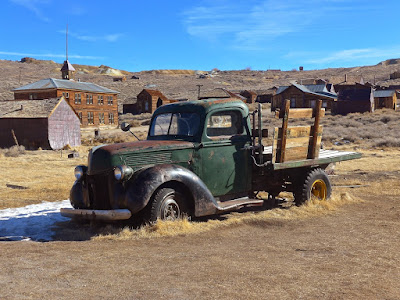 Bodie has been fully abandoned for over half-a-century, and is now the largest, best-preserved ghost town in the country.

The COW holds its grip on Cottonwood Canyon Road, a gravel path made for stagecoaches, though at moments it feels that the road in control, not my fancy rig.

At ten miles an hour, we grittily roll up into and the hills.

An old settlement finally appears in the distance, beyond an unmanned guardhouse with a sign instructing us how to pay entry to pay by filling out a card and slipping it through a slot on the door.

Even the park service has abandoned Bodie.

We follow the dirt path, park, alight, and saunter into town.

The COW holds its grip on Cottonwood Canyon Road, a gravel path made for stagecoaches, though at moments it feels that the road in control, not my fancy rig. 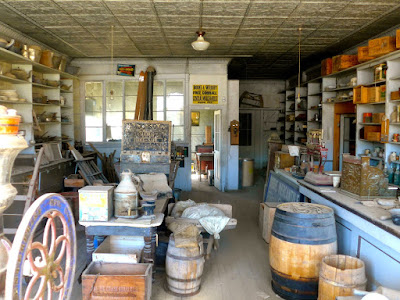 Many objects inside shops and houses are left as abandoned many decades ago—what they call “arrested decay.”

No one takes anything.  Word is, take something home, you’re cursed.  The park service regularly receives returned items by mail.

Jerome, which I visited earlier in this odyssey, might have gone the same as Bodie.

But its last few determined residents decided to turn it around, from exploiting nature to exploiting ghosts.

Posted by Robert Eringer at 9:10 AM