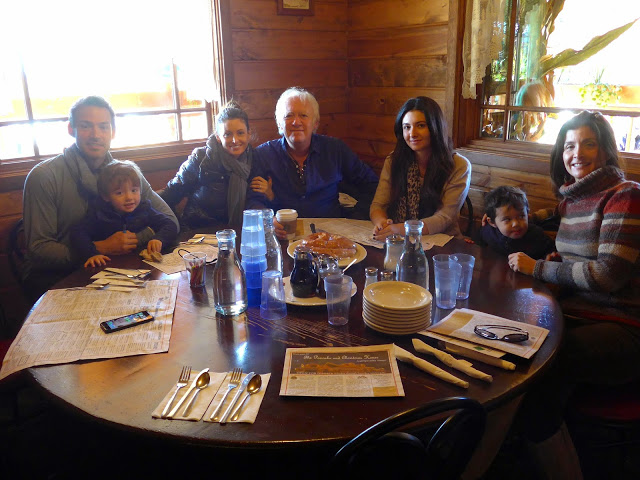 
There’s only one place worth breaking fast in McCall:  The Pancake and Christmas House.

Eric from the bar told us to order a cinnamon bun as soon as we sat down and start on that.

And then arrives the more serious grub.  Hearty food for hearty folk—and Christmas all year round.

Hunkering down a second day at the lodge, I aim for the spa like everyone else, their One Tough Mug facial, billed as a deep cleansing and moisturizing treatment to get you looking like yourself again.  (Just when I was trying to look like someone else.)

When City people need to get away, they go to a place like McCall.

But when people in McCall like to get away, they go to a tiny village an hour’s drive north, says Rebecca, while restoring my face.  She and her husband have a second home there.

“How many people live there?”

“Fifty during the summer, six year round.  Groceries get flown in on the mail plane once a week.” 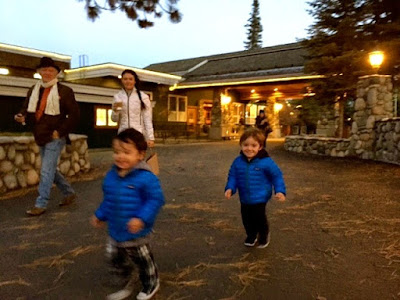 My new face is a magnet for the cold—and it’s getting, to quote Tom Waits, “as cold as a well digger’s ass” outside as we gather for a roll into town, to a nondescript restaurant called Steamers. 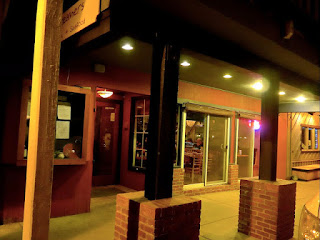 One of my all-time favorite dining experiences was thirty years ago at a nondescript hole-in-the-wall trattoria in Florence called Coco Lezzone.  My father and mother were there, and so, too, my wife’s parents.  (They all got along well enough to vacation together.)

Tonight we find its Idaho cousin—and the best rainbow trout and mashed potato I ever ate. 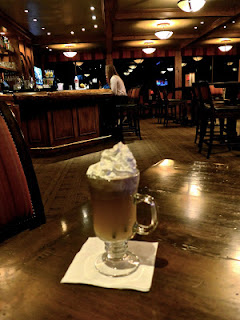 Back at the lodge I warm myself with hot-buttered rum.

Posted by Robert Eringer at 9:20 AM