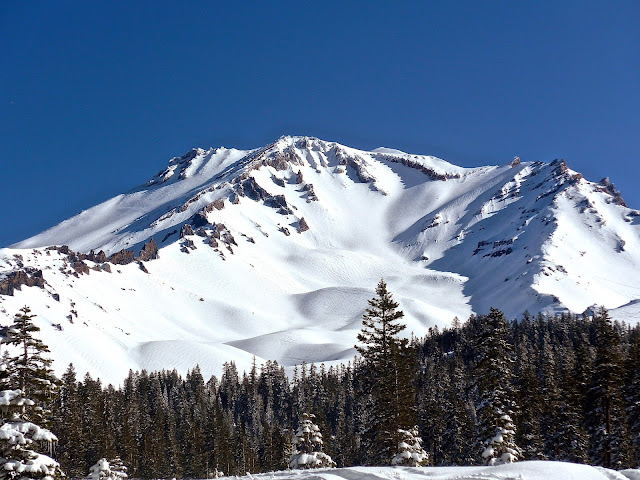 
Lemurians or no, there is something awfully spiritual about Mount Shasta once you are within its magnetic pull.

Around three a.m., the devil’s hour, I awaken with a headache and a thirst:  Advil, a glass of Shasta water, from the tap, fresh and cold.  It takes a while, but I eventually fall into the sweetest sleep of the night, and with it a very vivid dream:  I am staying in this very room, but instead of a rustic setting, outside my door is a lively, vibrant street akin to San Francisco’s North Beach.  As I gingerly step out, joyous people engulf me, asking what I’m looking for, offering to take me to Mount Shasta’s central boulevard, which, they say, is even more vibrant and artsier than the street we are on.  I am awed by the joyfulness and gaiety exuded by these smiley, very happy people.  They call their main street Honore, and seem in a hurry—so gleeful they are—to take me there. 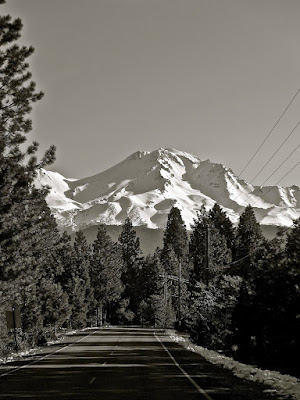 I awaken to a cold rustic setting, no people, and a few birds singing, shower and dress, and aim myself at Everett Memorial Highway, a curvaceous road that ascends the mountain to its baseline.

At road’s end, prematurely, due to winter snow, some folks have set up camp, with pitched tents, hoping, perhaps, to catch a glimpse of Bigfoot—or a Lemurian. 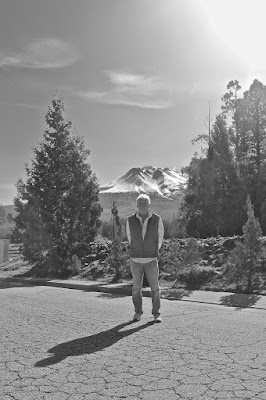 I park, amble about, and head back, this time to a town further north called Weed, for better views of Mount Shasta.

In search of coffee, I wind up back in Dunsmuir, where a shack called All Aboard Espresso obliges with a latte I end up dumping in a refuse bin. 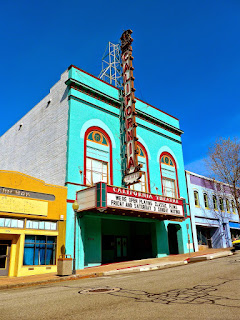 Further down Dunsmuir Avenue, near the movie house, which may soon show its last picture, is the Cornerstone Bakery and Café—the only lively place I’ve seen since arriving near the mountain, decent coffee and breakfast.

Just past eleven, a shop called Unexpected Treasures opens.  I stroll in and announce I’m looking for one. 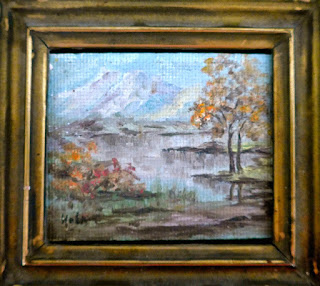 The unexpected treasure is not here, but next door at Harley Antiques: a miniature oil-on-board of Mount Shasta by Kela Wyss, who, Harley explains, painted in this area during the 1970s—mine for fifty bucks.

I don’t want to drive 600 miles home, so I assess my options:  Petaluma, San Francisco, Carmel… ultimately, I opt for Healdsburg, nestled between Napa and the Russian River Valley. 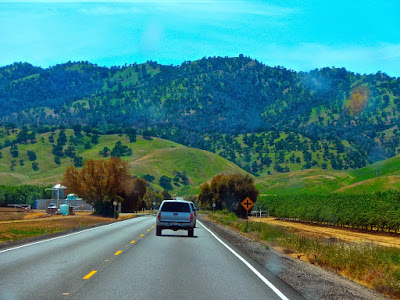 And just as well because I-5 is so straight, you want to scream after an hour. 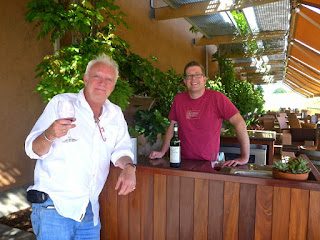 ...at Ridge Vineyards, just north of Healdsburg on Lytton Springs Road, and a tasting that includes their “collectible” Monte Bello cab.

The Healdsburg Hotel is full up due to an event.  They recommend a hotel, which also turns out to be full, which recommends... The Honor Mansion.