When I first moved to Washington, D.C. in September 1975 to attend American University (AU), Gerald Ford occupied the White House.

While researching the Bilderberg Group for a term paper in Dr. Abdul Said’s famed course on international relations that autumn, my letter to Ford (he had attended two Bilderberg conferences) prompted a written response from State Department flunky Francis Seidner, a "Public Affairs Adviser," who advised me to mind my own business.

The budding journalist I was (the second rule of reporting, after facts, is perseverance), I phoned Seidner to clarify his advice.  He became rather snotty after I suggested that Ford had not been elected president (which he hadn't).

I was still at AU when Jimmy Carter was running for president.  Of all the candidates (most of whom came to speak at AU), Carter was the smuggest; the only candidate selling campaign buttons instead of giving them away.

I would later understand why, as my investigation evolved from Bilderberg to the Trilateral Commission, from whose American contingent (supported by globalists) Carter quietly garnished big money and Establishment support while the media all asked Jimmy who?

But Carter’s presidency was ill fated and Ronald Reagan replaced him in the White House in January 1981.

Not two months later, I was in DC for an Australian radio program to cover the Trilateral Commission’s annual confab when Reagan got shot.

And then I spent most of the rest of Reagan’s presidency in London and in the vicinity of Manhattan, where I operated as a literary agent, peddling books by Washington insiders, including former CIA Director Bill Colby and terrorism-studies pioneer Robert Kupperman.

George Bush occupied the White House when I moved to the DC-area in August 1990 and settled into the Westgate neighborhood of Bethesda, Maryland.

I had interviewed Bush inside his suite at the Madison Hotel in April 1979 when he was running for president against Reagan and Carter.  Bush was having lunch all alone in the Madison’s café when I approached him and explained that I was his next scheduled appointment.  He graciously asked me to sit down, the gentleman he is, and we were able to chitchat for short while before heading upstairs to do the interview.

I was cynical about Bubba’s presidency from the start, and was delighted when another Bush replaced him in the White House.  Not that I believe in political dynasties (I don’t), but I felt that the White House needed adult supervision.  And I also felt Clinton’s national security policies were useless, based on my experience operating undercover for FBI Counterintelligence thus having a ringside seat.

We have Bubba to thank for 9/11 and the rise of Vladimir Putin.

During the brouhaha over the Bush-Gore vote, television news reported that pro-Bush protestors had assembled outside the Vice President’s Mansion, where Al Gore lived, and were chanting, “Get out of Cheney’s house!”

I drove a straight run down Massachusetts Avenue to the alleged event and found that the vicinity outside the mansion was quiet as can be—the beginning of fake news? 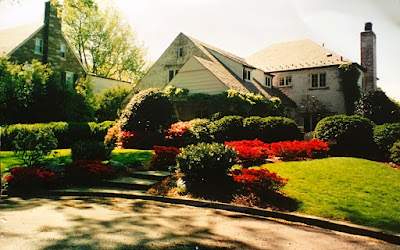 When I lived in Wesley Heights, in a house known by my teenage daughter’s friends as Moon Castle because of the parties I allowed her to throw, Al Gore Jr. showed up, and I had to work out a contingency plan on where to hide him if the police came calling and discovered an underage keg party.  (I grew up in London where the drinking age is 18 and, back then, if you looked fifteen-and-a-half you qualified for a drink.) 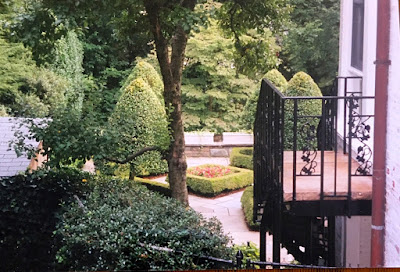 And when I put Moon Castle on the market n late 2000, First Lady Hillary Clinton came to see it, escorted by a full motorcade that left my neighbors astonished.  Hillary apparently loved Moon Castle, and considered buying it, but the entertaining spaces were not large enough, and she purchased a house near Embassy Row instead.

I was living in Montecito when Barrack Obama got elected president.  I thought he was unqualified and that his election an Obamaration (read aberration), and little about his presidency ever dissuaded me from my first impression.


So I'll be in DC once again.  And the country that invented Reality TV got exactly what it deserved.

That said, the person most responsible for Trump’s election is Hillary Clinton, and her two-step program:

One, in collusion with the Democratic National Committee, sabotage Bernie Sanders.

Two, connive to edge Trump ahead of the pack on the basis that he would be the easiest Republican to beat.

All Hillary's talk about Russia and misogyny is pure bunkum.  The U.S. is ripe for a female president.  But not her.  And though Russia tried to influence our election (as we try to influence theirs and many others all over the world), he is now learning to be careful what you wish for.

But what you truly need to know about Washington is this:

Posted by Robert Eringer at 9:02 AM