Born on 15 September, 137 years ago in Wyskokie Maz, Poland, a region often partitioned by Russia.

In 1913, my paternal grandparents left Poland for a new life in America.  Perhaps they'd had enough of Poland's aggressive neighbors (on both sides).

Henry and Sarah disembarked from the S.S. Kroonland onto Ellis Island on July 1st, 1913.

Ellis Island, in New York Harbor, is where immigrants entered the United States, near a great statue, which welcomed them with these words:

Give me your tired, your poor,
Your huddled masses yearning to breathe free,
The wretched refuse of your teeming shore,
Send them, the homeless, to me.


Henry and Sarah settled in New York City, started a family, and Henry founded a travel agency in the lower east-side of Manhattan.

Henry had a premonition that bad things would happen to friends and family left behind in Wysokie. Most of the people Henry left behind were Jewish.  Henry and Sarah were Jewish by birth but did not practice any religious faith (perhaps another reason for coming to America, where religion is not oppressive and where all faiths or none reside without warring with one another).

As Henry watched the rise of Nazism in Germany, he wrote letters to friends and relatives in Wysokie begging them to leave Poland.

Henry even offered friends and relatives free transportation to leave Poland through his travel agency.

But Wysokie's Jews were enterprising and had built a decent existence where they were.  So they mostly remained.

Nine days later, German soldiers arrived in Wysokie and set much of the town ablaze.

Perhaps overcome by his prophetic premonition, Henry suffered a heart attack and died, at 58, seventeen days after the start of World War II.

Henry's three sons were conscripted into the U.S. Army and dispatched to Europe.  They returned safely.

But all of Wysokie's Jews perished at Auschwitz. 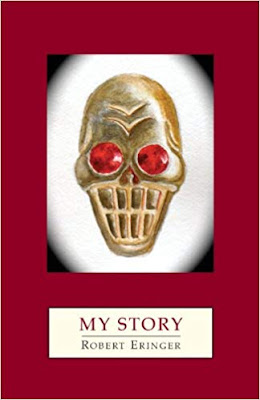