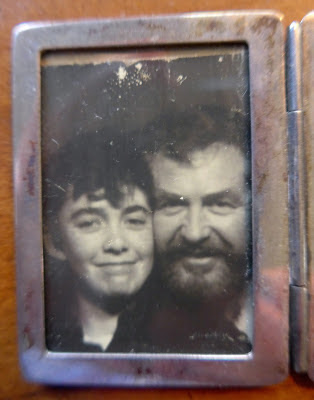 Six years after my father died, he reappeared and invited me on a mystical journey.

He did so in a dream, as vivid and real as any REM-induced vision can be.

This happened in the rustic town of McCall, Idaho, to which I had taken my family for an autumn getaway in November 2014. 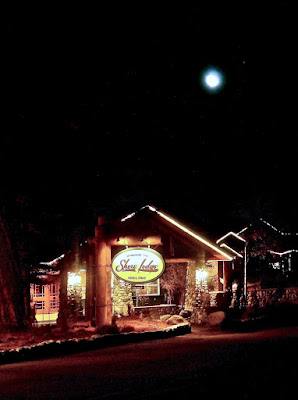 On our second night at Shore Lodge, on Lake Payette, we ventured out through a sub-zero chill for dinner at Steamers, a nondescript hole-in-the-wall that serves, without fanfare, the finest river trout and trimmings I’ve ever eaten.  (My dad loved restaurants like this; Coco Lezzone in Florence comes to mind.)


Afterwards, back at the lodge, I warmed myself with a sweetly aromatic hot-buttered rum.

Just before dawn is when my father came to me in a dream.  He was dressed in black short-sleeve shirt and black slacks—his regular attire of choice—and, uncharacteristically, a golden belt.

He wanted to convey a message of some kind to me; an advisory or warning is how he couched his directive. He said he wanted me to go to a specific place.

The following summer, after rediscovering this message in a journal, I tapped those words—Haze and Maine—into Google.

So maybe it was Hays and Main?

I entered the new spellings.

Atop a page of hits this site stood out:

Welcome to Downtown Hays, Kansas.  I clicked into it.  You’ll find it all in the Chestnut Street District… including Main Street.  Hays—in Ellis County.

This disconcerted me somewhat—in a good way—because, well, Ellis was my dad’s first name—rather, a name he gave himself, early in life to replace the birth name given him.

Back then, before the journey commenced, I was naïve about dreams, about the way in which messages from the universe work. The journey, and its lessons of the last four years, have taught me otherwise.

It began with an Internet site that explained what I had experienced.

Deceased loved ones can and do visit us in our dreams.  It is easier for them to communicate with us when we’re sleeping, that in-between place between our Earthly reality and the other side of the veil.

It went into enough detail to launch me, a few months later, to Kansas. 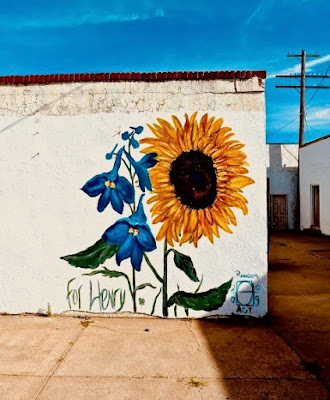 Ironically, the route to Hays, Kansas by road from Denver, to which I’d flown, is called The Golden Belt.

On Main Street in Hays, this message awaited:

A mural of a giant sunflower with the inscription For Henry (my middle name, after my father’s father).

(I did not know, at this stage of my journey, that a sunflower is the emblem of spiritualism.)

Now, a psychiatrist would call my interpretation of this message an “idea of reference,” meaning that I was personalizing stimuli around me, a belief that mental health professionals find troublesome.

But Carl Jung, the highly esteemed founder of analytical psychology, in a departure from conventional psychiatry, would have called this a message from the universe—or, using a term Jung coined himself, synchronicity. 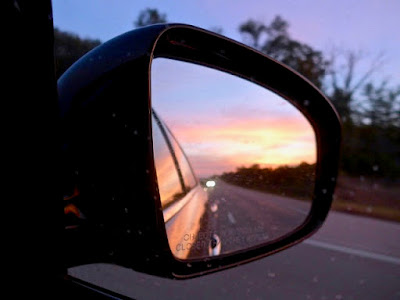 Suddenly, driving onward to Kansas City, I became attuned to things as I never had before—a kind of heightened alert, appreciating the magnificence of the natural world around me, highlighted (literally) by a spectacular sunset while driving through Flint Hills.

Flashback: Just before I departed for Kansas, my father had come to me in a dream and whimsically teased me to another place; a geographical location much farther away.

That message was based on a pearl of wisdom he’d once said to me long ago (or so I believed in my dream):  Take the London tube to a station you’ve never been, any station at random, in a borough of London you’ve never been before, get off, resurface and walk around.

A third dream got more specific:

I answer a phone call from a man asking to speak with my father. I tell the man my father passed away and the man accepts this news passively and talks to me instead.  At the end of our conversation, he asks if I ever get to London because that’s where he lives, and I say I do, and he invites me to visit him where he resides on “Disney Street."

Upon awakening and recalling this dream, I realize the caller was a dear friend of my father who perished in a 1979 plane crash. 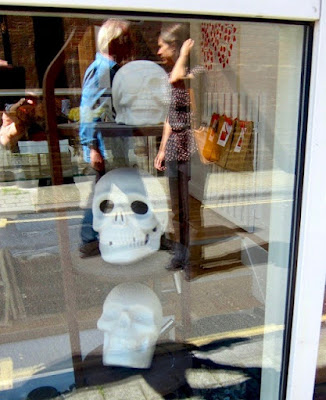 I Google Disney Street and discover that such a street (actually, a half-street) does indeed exist, hidden away near a tube station called Borough—to which I had never been or heard of till now.

I am standing on Disney Street, to which I’d traveled by tube-train through a station called Borough.

Skulls symbolize mortality and remind us to appreciate each day we are alive. 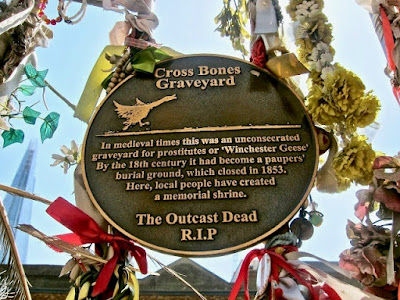 The road leads to Cross Bones Graveyard, where medieval prostitutes were laid to rest, and which, today, is an extraordinary celebration of their lives. Its gates are festooned with ribbons, rendering this place colorful and festive, to honor the women so poorly treated during their lifetimes. 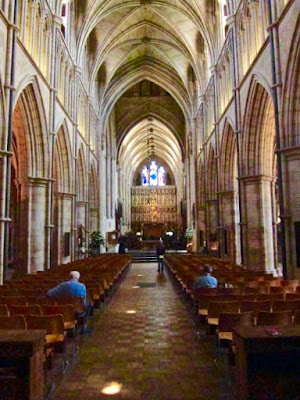 Next, Southwark Cathedral, where an amplified voice fills the oldest gothic church in London with a message:

“Find a piece of art or music that encourages you to move along in life.”

I’d already found a piece of music—from Hildegard von Bingen—that was not only moving my life along but also (I believed) keeping my younger daughter safe from young-adult misadventures.

Later, over martinis in the hotel bar, I press Curt, a good friend who had accompanied me to Kansas, and now London, for his take on our tube trek.

“We were surrounded by death,” he says.

First:  The skulls near Disney Street.

“And third,” Curt continues, “the Cathedral, standing on stone slabs over dead people or walking by decorative tombs.  It was all about dead people.  The meaning for me is that I have to make the most of whatever time I have left.”

I venture an observation of my own:

If so much can be learned by visiting an unknown neighborhood and walking around—Borough Market, Cross Bones, Southwark Cathedral—why not put such a concept to practice at least once a month, maybe once a week, anywhere and everywhere one happens to be?

Later, I impulsively instruct a cabbie to Motcombs brasserie, the venue of my father’s last supper, and my first visit since his passing.

A female barmaid with a snotty attitude provokes me to turn my heel and hit the road.

As if my Dad was saying… You don’t need to be here, move forward.

Posted by Robert Eringer at 9:55 PM