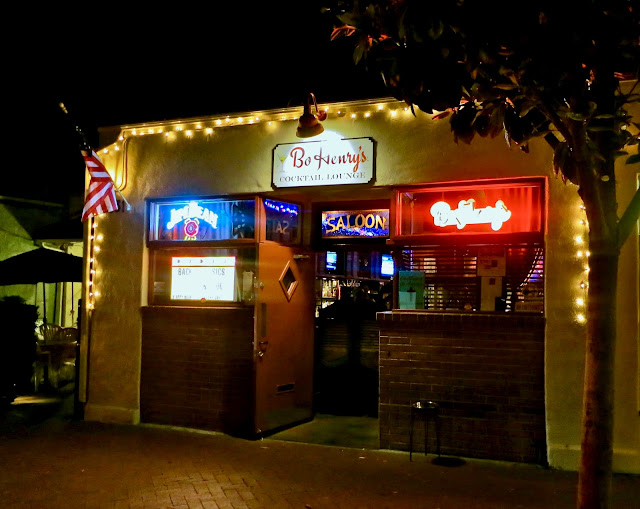 It was on Santa Barbara’s west side.

I always wanted to own a bar—a classic American saloon, a real bar, no food, maybe a jar of pickled eggs. 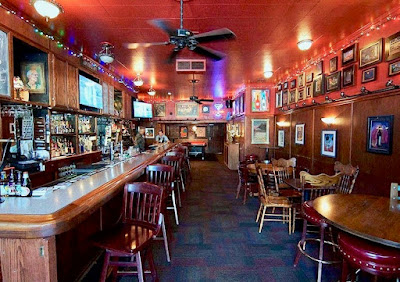 You know how they say the second happiest day of your life is buying a yacht, and the first is when you sell it?

The same is true about bars.

Mind you, I’m glad to have owned a bar. I learned a lot from the experience.

The first thing I learned: Never own a bar.

The second thing I learned: Never own any kind of small business in the State of California.

A business law attorney, much too late, told me his “ABC Rule” for clients: “Anywhere but California.” 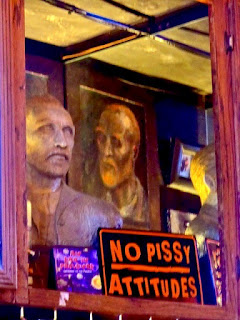 These are the folks who derive their salaries and budget from alcohol licensing fees then use part of this booty for setting up entrapment schemes to trip up busy bartenders and catch them off their guard with a confusing ID so they can collect even more money.

I wasn’t the bartender, but I don’t blame him given the circumstances, especially since he was normally quite vigilant about recognizing fake IDs and chasing out under-agers.

ABC’s Mr. Pond summons me to Ventura for a dressing-down.

No problem, I can take my lumps.

“Easy,” I say, without hesitation. “We’ll close for thirty days.”

“Really?” He is surprised.

“Because I own the building so I’ll give myself a break on the rent. And I want my bartenders to lose work for thirty days so they learn a lesson about this kind of thing and don’t screw up again. And my regular customers, who think my bar is their living room? Well, after they lose their local bar for a month they’ll think twice about trying to sneak their under-age nephews and nieces in.”

Clearly, they want the money, not the closure.

“But, but, nobody ever does that.”

My reasoning: Not only is ABC not getting money out of me for entrapping my bartender, the State of California will lose out on thirty days' sales tax!

Hence, maybe bureau-crazy will learn its own lesson.

And speaking of sales tax and bureau-crazy.

A representative of the California Tax Franchise Board audited my bar books after revenues declined due to our no-service policy to drug dealers, brawlers, and drinkers we knew would drive. 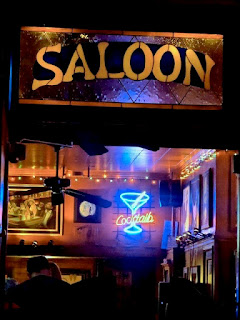 Let’s move onto bartenders briefly before reverting to the tax-lady. Even though it’s against the rules, bartenders over-pour drinks in exchange for bigger tips, and they help themselves to drinks when the owner is not present.

So, when the tax-lady measures booze ordered against booze sold, there is a discrepancy—and she wants sales tax on that discrepancy, even though she knows from the books such booze was not sold to customers.

“You mean I have to pay sales tax on whatever the bartender steals?”

Indeed, that is what she meant.

In other words, screwed from both ends.

My clever accountant saved the day, turning a multi-thousand-dollar tax bill into zero due to several Franchise Board miscalculations.

This accountant, a partner in his own dive bar, enjoyed repeating a pearl of wisdom he’d cultivated from his dive bar experience: “Nothing good can happen between midnight and two in the morning.”

Indeed. That is the magic window when fights break out. And what you need to know is this: dive bar patrons don’t fight because they don’t like one another, they fight because they like fighting. The feeling of pain, and inflicting pain, gets their endorphins flowing. In other words, as with drinking, they do it to feel good. 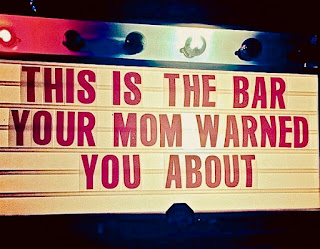 (When I bought my bar, one of the first things I did was set up rock salt candles on the bar to give the place an ambient glow. Dave, a seasoned bartender I inherited, took one look at my illuminations and said, “These may look like candles to you, but after midnight they are missiles.”)

At some point, I decided to paint the exterior of the bar.

Not long after, an enforcement officer from city bureau-crazy ordered me to repaint it back the way it was.

That is because, in Santa Barbara, you are not allowed to paint the building in which you own a business.

Even if you own the building.

If you want to paint your building a different shade, you must apply to Santa Barbara’s Architectural Review Board.

This is not a simple application.

You must supply blueprints of the property, conduct comparative studies of all the properties around yours, pay fees, always fees, high fees, every step of the way—an arduous process that includes attending several monthly Review Board meetings and will likely take well beyond a year.

For a simple exterior paint job.

“So, Mr. Eringer, you want to paint your exterior a darker shade of tan—have you considered the implications this would have on your neighborhood?”

“Um, if you ever visit the corner of San Andres and Arrellaga you will discover that anything would be an improvement.”

Worst of all is the Labor Commission.

The sole purpose of this state bureau-crazy, perhaps the craziest of all, is always to side with disgruntled ex-employees, however outrageous their claims, whatever documentary evidence and testimony exists to the contrary, and award them huge sums of money—a Robin Hood-mentality based on horse-feathers.

On the positive side, one of the most interesting lessons I learned is that you can run a dive bar (in fact, most bars) on fewer than 10 labels of booze. This is because people generally stick to their tipple of choice—usually a high-profile, well-advertised brand. 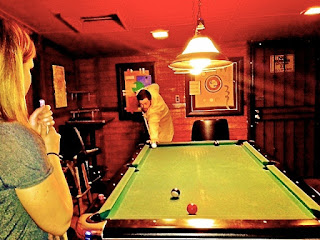 Ultimately (aside from NFL Ticket and karaoke, throw in a pool table), a dive bar is about booze.

After redecorating my bar with fine art, sculpture and directional lighting, a seasoned drinker walked up and down, fully appreciating the aesthetic I had created.

“Nice job,” he said. Then he added: “But you realize, you didn’t have to do any of this. Your customers are here for one thing and one thing only.”

Alcohol is why people come to a bar.

Some want it.  Most need it.

But they aren’t here for the art or the pretty bartender.

They want a drink.

And they want it now.

Posted by Robert Eringer at 9:01 AM