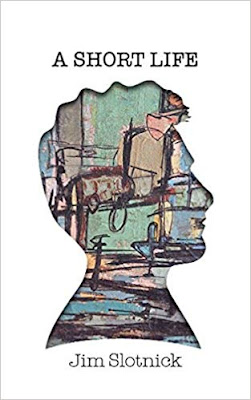 For a very brief window of time.

Unlike many other kids, Jim was a good guy; a great guy. He ran for class president. I supported him.

Many years later, I heard Jim had transcended to whatever awaits beyond.

Just recently, I awakened from a dream thinking of Jim.

So, I Googled his name, and found this book, published three decades after he succumbed (much too young) to a brain tumor.

It is a book everyone should read.

Cancer robbed the world of someone who would have become a great writer, even though he chose medical school as his path in life.

And I feel so sad that someone so talented, with so much to offer, was forced to depart this world so young.

But he left his mark.