Although I’ve been an art museum enthusiast for most of my life I’d never come across Thomas Hart Benton and his bold, naturalistic paintings known as regionalism until happening upon a special exhibition of his work at Nelson-Atkins in Kansas City, Missouri, four years ago. 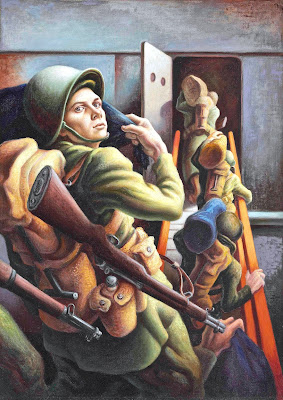 I stand in awe of Shipping Out, a 1942 depiction of a U.S. Infantryman in full combat gear taking a last look behind him before ascending a gangplank onto a Brooklyn-berthed troopship destined for the European front; his face a study in trepidation about whatever’s supposed to happen next.

This soldier could just have easily been my father, who shipped out around the same time, probably from the same yard.

And indeed, I see my dad trying to convey in a look what he, at the age of nineteen, must have felt after enlisting and going through an abbreviated boot camp, about to ship out over an ocean upon which military vessels were getting torpedoed by German U-boats, then making it to Britain to endure the German blitz and buzz bombs over London.

Such stories moved me when I heard them at the dinner table as a kid—and unstuck me to a point where I’d have nightmares about scores of planes in the sky, on the horizon, aiming toward my neighborhood to unleash bombs.

I realize that my father’s “college education” was the U.S. Army and World War II, as so many of his generation. (He later attended Cartoonists & Illustrators School in NYC.)
My father lost his own dad when he was only fifteen years old, just a few years before he was army age and shipping out.

That’s something else I never asked my dad about, what it was like losing his own father.
I am further mesmerized by the portrayal of invaders bayoneting a child and an elderly man and about to rape a young woman. 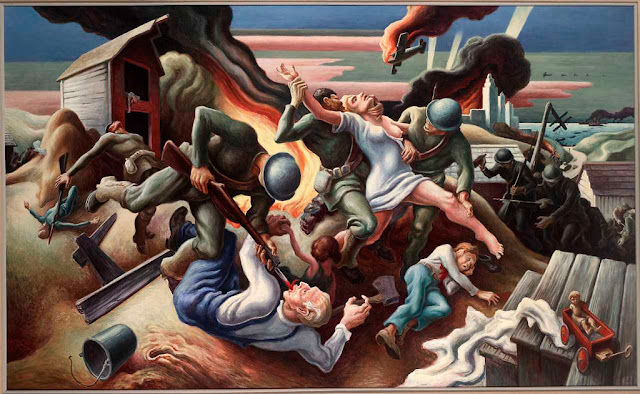 Benton knew how to convey outrage, to provoke emotion, something my father would have appreciated and, thinking of him, I am reminded of two years earlier when a painting called The Drowned Boy by Edvard Munch moved me to tears. 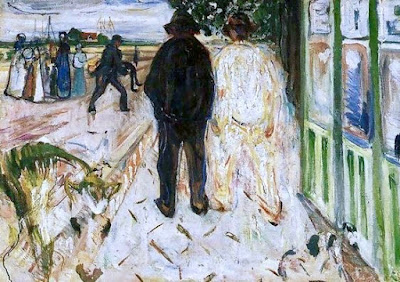 It was in the Munch Museum in Oslo and depicts a scene in which a boy of about ten years old has drowned in the harbor and is being carried away while bystanders look on.


Who would paint such a scene?

The answer is, true artists painting representational realism such as Munch and Benton.

Completely honest in their art, neither Munch nor Benton, nor my dad, gave a crap about what anyone else thought, including whomever commissioned a portrait and ended up with whatever they got, quite often a reflection of their true character.

Munch may well be the original expressionist (and fauvist), though his genre might just as well have been called emotionalism because he painted what he truly and very deeply felt, from imagery in his mind, striving through symbolism to reflect the secret life of the soul.

Munch ensured that those who view his paintings feel the anxiety and despair he felt. 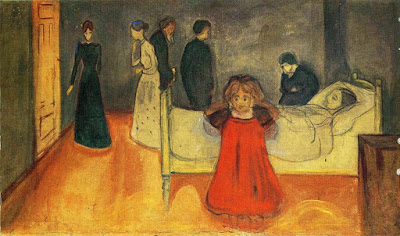 Munch sat at his mother’s bedside at the age of three and watched her cough blood and die from tuberculosis.


Heartbreak doesn’t even begin to describe such a scenario, losing your mother when you need her most.

Eleven years later he watched his older sister, Sophie, who had become his surrogate mother, succumb to the same disease.

Soon after, Munch’s younger sister Laura suffered delusions and hallucinations and was diagnosed schizophrenic.
When Munch’s father died in 1897, he scribbled into his journal: I live with the dead.

He considered suicide, as advocated by his bohemian friends influenced by Nietzsche; tried to drink himself to death and almost succeeded. 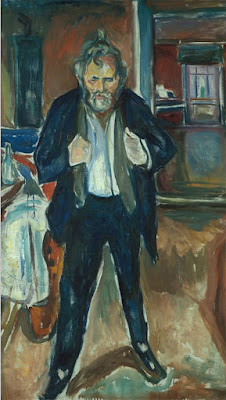 By 1907, Munch’s enormous alcohol intake had ravaged his brain, and he suffered paranoid delusions, believing policemen were watching his every move and friends were spying on him through private detectives.

Munch hallucinated and heard voices, and his limbs went to sleep before his brain did, so he sought help at Dr. Daniel Jacobsen’s nerve clinic in Copenhagen.

(“It seems,” Munch dryly wrote to a friend, “I have been rather short of electricity.”) 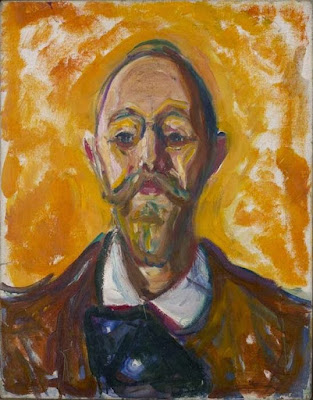 Dr. Jacobsen’s parting advice:  Avoid tobacco, alcohol, and poisonous women.
Munch survived it all:  sickness and death, anxiety, alcoholism, insanity, and his enemies (real and imagined), and he lived to a ripe eighty years, leaving a legacy that includes a globally iconic image (The Scream) and a whole museum devoted to his work.
When I first began collecting art in the mid-1980s, the proprietor of a gallery near my home in Hampstead was promoting a South African artist named Douglas Portway.

I purchased a Portway nude, the first serious picture in my collection, and followed up months later with two still life flowers, along with a coffee table book of the artist’s work, including abstract paintings. 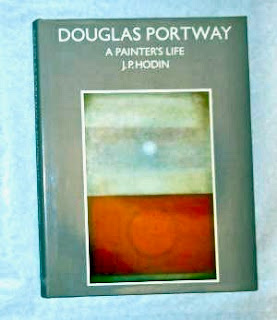 Thumbing through the book, my father gravitated toward Portway’s abstract art, preferring it to the figurative and still lifes.


“Give it time,” he replied, chuckling, as if enjoying a private joke with the universe.  “You’ll understand abstract art better with age.”


And, of course, he was right.

Posted by Robert Eringer at 4:35 AM