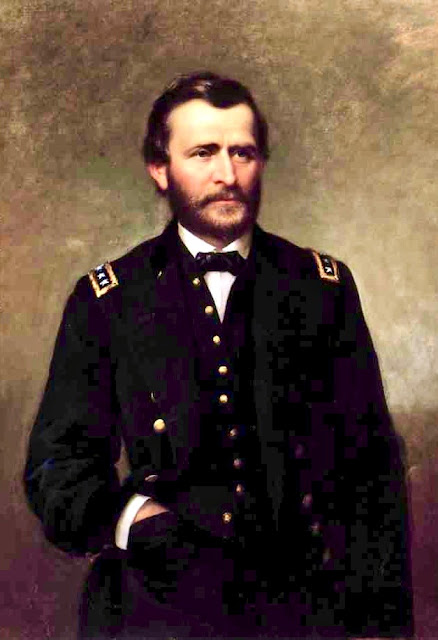 In Eddy’s place, the dwarf reappears, this time wearing a black Calvary hat upon his head.

The dwarf picks something from his teeth, inspects it, flicks it away. “Nope. Spot on.”

“Where are you going with this?”

The dwarf shrugs. “Why, your next drinking companion, of course.”

“Last time I checked, this was still a bar, no?”

“What if I don’t want another drinking companion?”

The dwarf shrugs, then mimics me in a munchkin voice, higher pitched than his own. “What if I don’t want another drinking companion.” He looks at me with sternness. “This isn’t about what you want or don’t want. I’m in charge, not you. And like I said before—you got no choice. Geddit?”

I scoff. “How about if I just walk on out of here.” I slide off my bar stool—and tumble to the floor. “What the…?”

I begin to crawl toward the door. “I can still leave.”

The dwarf’s giggle morphs to all-out laughter as I arrive at the door and raise an arm to the knob—only to discover it is beyond my reach.

“Damn,” I say, trying, in vain, to propel myself higher.

“Now you know how I feel,” says the dwarf. “This ain’t no fair a world for a little person.”

The dwarf jumps down from the bar and comes face-to-face with me. “Guess so,” he says, googly eyed.

I crawl back to the stool, hoist myself up.
The dwarf pulls out a bugle, from where I do not know, and blows a series of notes.

As the final note vibrates and fades, so does the dwarf.

And in his place…

I turn and see a soldier outfitted in Yankee blue with matching wide-brimmed hat and a long coat brocaded with four stars on each shoulder and four sets of four brass buttons at the front. He is bearded with a serious countenance.

I realize I am sitting two stools away from Ulysses S. Grant.

He seems pleasantly bewildered, not by his presence in this bar, but by his uniform, whose cuffs he studies with glee.

“It’s been years since I was able to fit into this—my favorite coat,” he says.

“You prefer a uniform to civilian garb?” I say.

“I prefer being a general to being a president,” he replies. “As a general, my subordinates are obliged to listen, and if I give a command, by God, they are obliged to abide. If they do not, the consequences are deadly. But as president? Pishaw! Your subordinates pay lip service and then set about selling their services to the highest bidder.” Grant looks around in awe. “Say, do they serve champagne in this saloon?”

“So be it. But may I assume they have whiskey?”

“Would you kindly pour me one?”

I shrug and ease off the bar, and don’t realize I’m legless till I’m about to fall, except, miraculously, I’ve got my legs back.

I can leave if I want!

But walk out on General Grant?

Instead, I work my way around the bar and consult a shelf of whiskies.

“Do you have a preference?” I ask, turning to face General Grant.

I find a bottle, grab a shot glass, and set both in front of General Grant, fill the shot glass to the brim.

He picks it up, studies amber liquid in the light, and dispatches this libation all at once down his gullet. “Gee-willikers! That is damn fine whiskey!” Grant plunks the shot glass down. “Fill ‘er up.”

“Yes, sir.” I oblige him. “Shall I address you as General Grant or Mister President?”

“Neither,” He drains the second shot. “Call me Sam.”

“Ya know,” says Sam, “it might better if you just put that bottle on the bar, I’ll do the rest.”

I watch as he pours himself a third and then a fourth.

“In high school U.S. History,” I say, “I learned that you drank your way through the Civil War with Lincoln’s blessing. How were you able to manage that—and win?”

I wait for more.

But he doesn’t fill the void.

Grant looks at me lugubriously, like, he’s a man of few words and if I don’t get what he means, it’s my problem not his.

But another whiskey lubricates his mouth sufficiently to expound.

“Troops need to eat,” he says. “Troops especially need to drink.” He raises his glass. “They need ammo and gunpowder to shoot. That’s what a Quartermaster does. He makes certain the troops at the front have what they need to advance. If you don’t understand the importance of Quarter-mastering, you’re doomed to defeat. But if you got what you need, because of good Quarter-mastering, you just keep charging onward until the enemy surrenders unconditionally.

“And this…” he pours himself another whiskey and holds it up… “this is charging potion.” He pauses to reflect. “Quarter-mastering is what I call learning from the ass up—and we had a lot of asses to teach and tame.”

“You mean mules for carrying everything?”

Sam shakes his head. “I was thinking of the generals that came before me, and around me.”

“Is that the lesson I’m supposed to learn,” I demand, hoping to catch Sam off guard after a few shots. “That one must always press their foes for unconditional surrender?”

“As opposed to just being an ass?” Sam studies me, a bemused expression on his face. “I’m not here to teach a lesson, to you or anyone else.  I’m a soldier, not a teacher. It worked for me. But that was only the first half of what I did.”

“What was the other half?” I ask hopefully, believing if I learn the lessons this absurd predicament is supposed to teach me I can drink up and go home.

“Once the Confederates surrendered unconditionally,” says Sam, “I prevented everyone on the Union side from taking punitive measures against the South.”

“Because, in my estimation, our foes were us.”

“I’m not sure I understand.”

Sam chuckles sourly.“Nor did a lot of others on my side of the Mason-Dixon. But it’s actually quite simple: we were all Americans. Which was what our side was fighting for—to keep the Union together. If we had tried to punish the South, we’d be differentiating between them and us, which would have defeated the whole purpose of what we in the North were fighting for.  Instead, I instituted a policy of reconciliation, on the basis that North and South needed to reconcile in order to reunite.”

Sam shrugs me off.  “I’m just here for the whiskey—and it tastes damn fine.”

“Is it true that lobbyism was born under your watch at the White House?”

Sam shakes his head in disgust. “Wasn’t my idea for people with special interests to wait in the lobby of the Willard and pounce on me whenever I tried to make my way clear to the restaurant for lunch.” He pauses. “They’d ask for my support on something or other and I’d suggest the appropriate Secretary.” He shakes his head. “I had hoped my assorted Secretaries would have the good sense to look at their requests objectively and not require gifts in return. I did not have time to police them. I had my work cut out for me, pulling the country back together from the turmoil of war—and there wasn’t a lot of glory in that, just hard slogging.”

“So, if it wasn’t your doing, how did you get maligned as a corrupt president?”

“It happened under my command.” He looks at me with a gripping eye-gaze. “Don’t explain, don’t complain.”

“Is that the lesson?”

With that he gets off his stool, nods, and says, “Old soldiers don’t die…”

And then he just fades away.

Posted by Robert Eringer at 7:03 AM