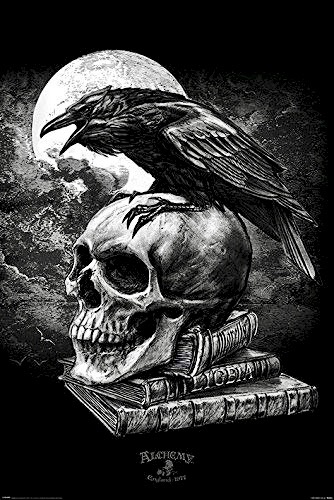 A cloud of smoke dissipates and the dwarf reappears, standing on the bar in a blue leisure suit charred with ash, a stovepipe topper upon his head, equally charred, and holding a cigar, shaking his head.

“Should have known better than to light a match after that beast farted,” he says.

“You mean, like, how to drink a whole bottle of cheap vodka in less than a minute?”

“Richard Harris or Peter O’Toole could have taught you that—want to meet either of them?” 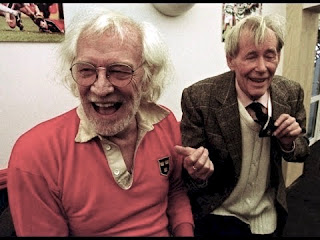 The dwarf relights his cigar and puffs on it, lifts his head and blows smoke toward the ceiling. “You aren’t exactly the most stimulating company.” He one-eyes me. “But I’ll accept some of the blame for that.  I misled that mad monk. It wasn’t hard because he only has four modes of existence:  Very drunk, completely drunk, dead drunk and overcome with drink.” The dwarf chuckles. “He was expecting to show up in a monastery full of nuns wanting to be rejoiced.” He winks with an evil grin, and again sniggers, “Geddit?”

“It means without sin there is no repentance. It also means I f----- up because he speaks Russian and you don’t, which means you couldn’t yak with him, which means Rasputin doesn’t count, just an aberration.”

“You kidding? This is all an aberration.”

The dwarf shushes me down with his one free hand. “You’d probably like to meet someone less overbearing. Someone wimpy and cerebral, right?  Yeah, I know just the dude—can you handle morose?” He hops off the bar onto a stool at the end and recommences his spinning routine… until there… sitting in his place… 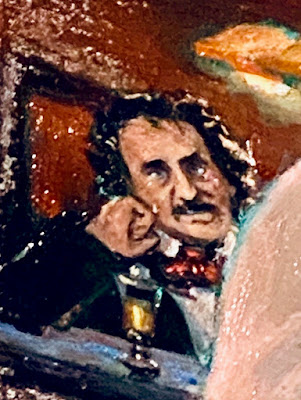 A little guy with a mousy moustache and—as promised—a morose countenance with sad sanpaku eyes framed by low, dark brows, bags beneath, and a domed forehead.

He regards me blankly from his barstool before breaking his trance to study me with eyes dark as coal. But only for a few seconds because his attention quickly shifts, as had Rasputin’s, to the booze behind the bar.

He smiles and rubs his hands in glee, delighted by the selection, I gather.

He cranes his neck to glance around and finally speaks. “Maybe he got eaten by cockroaches,” he chuckles.

“The bartender. Sorry, I have a morbid sense of humor. Name’s Edgar—but my friends call me Eddy.” He pauses to consider this. “Some folks call me The Tomahawk Man.”

Eddy smirks. “I wish. I scalp people with my quill. I consider it my solemn duty.”

“I’m a literary critic. Well, I’m really a poet, and a writer of short stories. But that doesn’t pay the rent. Or, more importantly, my bar tab. When I use my sabre to eviscerate pretentious fools… well, it still doesn’t pay the rent, but makes me feel good. And feeling good equates to decent brandy. And though I make enemies, tis better than making enemas, as much as my enemies seem to need them.  They don’t ever seem to understand that my jabs are meant for spurring them on to do better.”

“Well, if you write as you speak, no wonder you upset them.”

“I write as I write. But right now, a drink would suffice.”

I look around, not expecting to see anyone, and I don’t. “I don’t think the bartender is coming back. The last customer served himself.” I walk around to the inside of the bar. “What would you like?”

“I actually have the best,” I say, pointing up to Louis XIII.

Eddy nods in appreciation. “Exactly as I was promised.”

I pour a two-ounce jigger into a snifter and set it in front of Eddy.

He shakes his head.

“I need at least twice that,” he says.

“My apologies.” I pour another two-ounce jigger into the snifter.

Eddy raises his glass and empties the entire four ounces down his gullet. His eyes suggest a glimmer of a smile even if his mouth does not cooperate.

“Now another for sipping,” he says, pushing his glass forward for a refill.

I pour another four ounces into the snifter.

“Got any opiates with that?” he asks out the corner of his mouth.

“In that case, absinthe will suffice.”

Eddy shrugs. “Where else?”

I go around the bar, find a bottle of Lucid absinthe, add a half-ounce to his cognac snifter.

Eddy glances around. “Dreary in here,” he says.

“You seem oddly familiar,” I say.

Maybe he can read my thoughts, because I do, though it’s not what I meant. “Well, I’ve never seen anyone drink a whole glass of cognac in one gulp. But I was thinking I know of you from somewhere.”

Eddy postures himself with chest pumped out. “I wrote the best poem ever written. Could that be where?”

“Oh,” I say, getting into the spirit (emphasis on spirit). “You must be The Nevermore Man!”

Eddy shrugs, shaking his head. “More likely, due to my presence here, I must be forevermore!”

“Good one,” I say, starting to feel at ease with the absurd situation in which I find myself, and also somewhat whimsical. “Tell me about Reynolds,” I add.

“Who is Reynolds?” he asks.

“Exactly.” I pierce Eddy’s piercing black eyes with my own.

He stiffens then nervously glances over his shoulder. “What about Reynolds? Is he here?”

I shake my head. “Just the dwarf. I don’t think he’s Reynolds. And, before you, Rasputin.”

“Who?” he asks suspiciously.

“You wouldn’t know him. After your time. You do know you’re dead, don’t you?”

Eddy smirks. “I know more about death than anyone who ever lived. Death was my business as a writer.”

“Let’s get back to Reynolds.”

“Let’s not.” He eyes me suspiciously. “Why are you so interested in Reynolds?”

“On your deathbed, the story goes, while you were delirious for a few days, after disappearing for several days prior, you repeated the name Reynolds over and over again. Ever since, it has remained a huge mystery among those who revere your memory.”

Eddy chuckles, amused. “But why should anybody remember me, let alone revere me—or even care?”

“Because,” I say. “Thanks to the French, you became one of the most important literary figures in this country.”

Eddy spits out a mouthful of the cognac-absinthe concoction he’d been intending to swallow. He studies me, squinting. “Don’t patronize me,” he growls. “Or you may feel the sting of my pen.”

“Ha! And I thought only I fixated on death.”

“Just a figure of speech.”

Eddy nods solemnly. “Be careful what you configure with speech. Do you know what the writer asked the alphabet?”

“May I have a word. How often are you in a bar this late?”

“Then you’d better start fixating on it.”

Eddy shakes his head. “I think you misunderstand.”

“No, about your presence here, and mine, too. This isn’t about your solving old mysteries about me.”

“Then what is it about?”

“This is about confronting your own madness.” 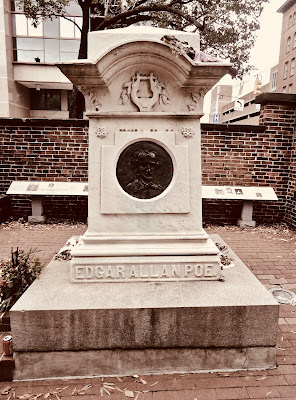 “No?” Eddy toasts me and drains his potion.  “Talking to a dead man isn’t particularly sane—yes, no, maybe?”

And with that, Eddy slowly vanishes from view.

Posted by Robert Eringer at 6:53 AM