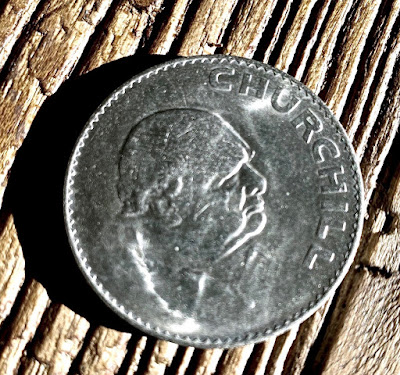 “Hats?” He fills his cheeks with air, slaps them, and allows his face to explode with a drawn-out raspberry.

“Every time you reappear you’re wearing a different hat.”

“Night-capped yourself.” The dwarf belches. “It’s that last drink that always nails you.”

The dwarf pulls out a pocket watch and checks the time. “Well, it’s way past midnight.” He smiles. “Would you like to meet Dracula?” 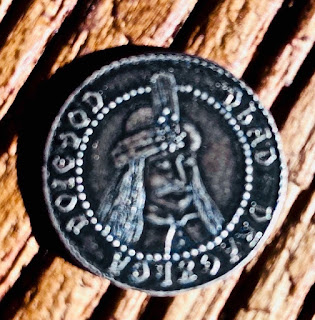 “Who says your visitors can’t be fictional? You think you make the rules? I’ll give you Vlad the Impaler from Transylvania—he was real.”

I shake my head. “You already f----- up with Rasputin not speaking English, remember? I don’t speak Transylvanian, either.”

The dwarf recoils as if I’d slapped him. “Smarty-pants!”

“But go for it,” I say. “If I surrender unconditionally, I assume I’ll be able to reconcile with reality.”

“Really now?” The dwarf folds his arms. “Then I guess it’s time for you to meet someone who refused to surrender unconditionally?” 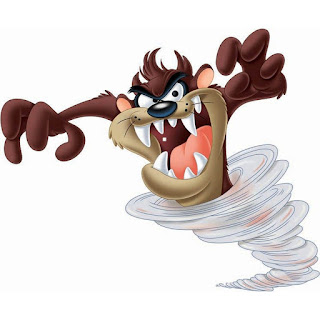 Before I can respond, he hops onto a barstool and twirls into a tornado until he looks like the Tasmanian devil cartoon character and…

…morphs into a corpulent gentleman with a bulldog face wearing a three-piece suit, bow tie and bowler hat—and puffing on the longest, fattest cigar I’ve ever seen.

This time, as with Sam, I know who it is, without any doubt whatsoever.

But this gent pays not the slightest attention to me, absorbed as he is with a copy of The Times of London.

Finally, he takes another long draw on his cigar, pulls it away from his mouth, blows a gust of smoke, and turns to observe my presence.

“Of course,” I say, rallying as before. “What would you like?”

“Ah.” He looks around with disdain. “And I fear Pol Roger Champagne is also out of the question in this dungeon? Never mind, I’m accustomed to living in a war room.” He pauses. “Might you stock Plymouth gin?”

“I might.” And, indeed, I find a bottle of Plymouth.

“A martini,” he instructs. “Three ounces and one olive.”

“Put a bottle of Vermouth on the bar,” he instructs. “Merely observing it will suffice.”

With a chuckle, I do as he says, and he transforms from austere to a smiley picture of contentment.

“This is the solution to any problem,” he says, and I’m not sure if he’s talking to me or himself. “A martini and a cigar.” He puffs his cigar, looks up and watches as the smoke reaches the ceiling, curls, then floats back down. “And fortitude,” he adds.

“You’re famous for saving Britain from Hitler and the Nazis,” I say. “But most people don’t realize you’re also the most prolific author in the history of the world.”

“But my all-time favorite book of yours is a very short volume called The Dream.”

He stirs, fixes his gaze in my direction and studies me. “Mine, too.” He raises his martini glass. “To my father, Randolph.”  He toasts the air, sips, sighs.

He smiles. “Not entirely. It was a private article, never intended for publication. Your earlier guest was a far more lucid writer than I.”

“No.” He shakes his head. “Mister Poe is far from lucid.”

“General Grant. He wrote the best presidential memoirs ever penned.”

“Indeed. He set the standard for American presidents to come. Not only did the good general write his memoirs all by himself, he did so while in constant agony with throat cancer, which took his life only two days after completing the final paragraphs of his masterpiece of a book.” He pauses. “That’s fortitude.” He pauses again. “They love you when you win a war that threatens their freedom but forsake you once their freedom has been won.”

“Grant was a supposedly a binge drinker,” I say. “Was it alcohol that led to his cancer?”

“That and smoking,” says Churchill, studying his own martini and cigar. “As for myself, I’ve gotten more out of alcohol than alcohol has taken out of me. You know why?”

“I adore martinis. And also champagne—but only Pol Roger, of course. However, most of the time I drink Johnny Walker Red—just a wee bit of whiskey in a whole glass of water. What I call a long whiskey. It is how I keep my reputation as a boozer while remaining in command of my ministers, along with my faculties.”

We are rudely interrupted by a loud rapping at the door to the bar.

The door is locked, I gather, and whomever is outside wants to come in, even though the bar is closed for business (other than my own).

Churchill reverts to his newspaper, otherwise ignoring the intrusion.

After a pause, the rapping begins again.

The door knocks a third time. I deduce that someone desperately needs a drink.

Question is, could I actually unbolt the door?

“I’ll see who’s there,” I say to Churchill, easing myself off the barstool.

I open the door, half expecting to see the dwarf—maybe he locked himself out?

Posted by Robert Eringer at 6:14 AM