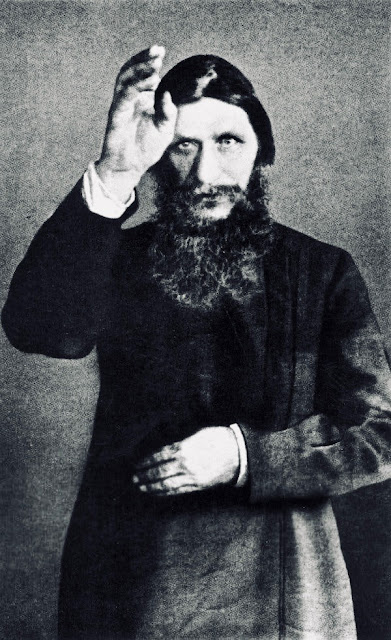 A rather large and extremely unkempt man stands motionless before me.

He looks at me, disbelieving (even more than I), with mesmeric eyes.

He has long—very long—dark hair, parted at the center, falling far below his shoulders, paired with an equally long beard and moustache, rabbi-style, as if never trimmed—and littered with what appears to be decayed food. He is wearing a long black buttoned robe of a coat.

For a mad moment, I think the dwarf has produced Jesus of Nazareth—something about the hair, the beard, the eyes.

This hulking figure opens his mouth and unleashes a torrent of raucous verbiage, none of which is comprehendible to me other than he doesn’t seem to be thrilled to be present here based on the anger in his face, eyes flashing around the room.

When I don’t respond to whatever he’s asking—or demanding—he throws his arms up into the air, exasperated, it seems, and turns his attention to the shelves of booze behind the bar.

Now his eyes twinkle and he places his hands below his mouth in prayer, displaying bitten, blackened fingernails, and he whispers something that sounds like “God’s own remedy.”

Such is this man’s strength, he effortlessly lifts himself over the bar and, one by one, holds up several bottles to inspect their labels, trying, it seems, to discern their meaning.

Finally, he settles on a bottle of vodka, as if he recognizes the name Smirnoff.

He pulls of the cap and takes a huge slug directly from the bottle.

Only then does he finally smile, and I am struck by his teeth, which are nothing more than blackened stubs.

I attempt to say something, but he holds up the palm of a very grimy hand to shush me down, takes another massive slug from the bottle, after which he leans forward over the bar, staring with hypnotic eyes directly into mine, and burps—a gargantuan eructation that produces a disgusting odor.

Then he finishes the second half of the bottle in one long gulp, leaving vodka dripping out the corners of his mouth and down his beard, perhaps killing trillions of bacteria.

He looks at me and smirks—and eructs a long drawn out whistle of a fart that lasts thirty seconds, during which he fades into transparency as if the release of noxious fumes has deflated him into… BANG!

Posted by Robert Eringer at 6:04 AM