GHEEL: WHERE THE FIRST ORB APPEARED 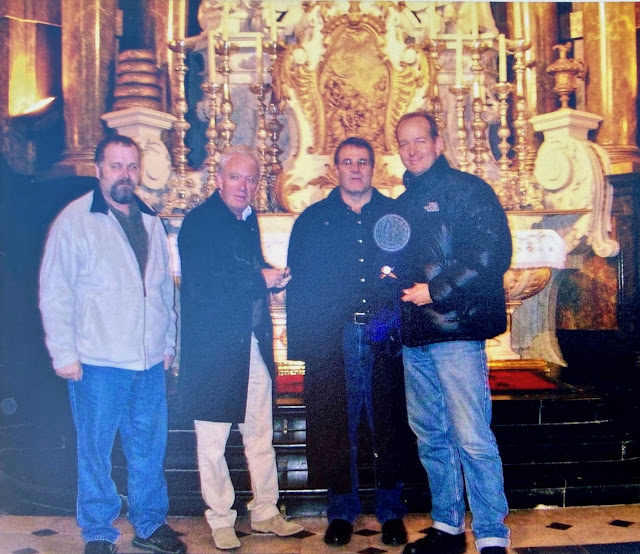 Its business is psychiatry.

For centuries, pilgrims with mental disorders have traveled to Gheel to pray at a shrine for Dymphna, the patron saint of lunatics.

It was believed (and still is) that Dymphna’s powers of intercession can cure mental illness.

Many such pilgrims, healed or not, took up residence—and the town evolved into a thriving, open-air loony bin.

Those who know about Gheel’s Family Care System of Mental Patients – whereby Belgium’s mentally-disordered and sanity-challenged are fostered into local families–think of it as the world’s most humane way of looking after the insane.

We roll along the N19 through flat, Flemish countryside, minds stimulated by unusual shop frontage signs:  Twilight Zone (a lamp shop) and Comit (our own ideas of reference playing tricks on us).

Arrows beckon us into an ancient market square, dominated by St. Amand’s Cathedral.

We park, and circle the late-Gothic cathedral on foot.

Its doors are locked tighter than a maximum-security ward.  A sign suggests that closure is this cathedral’s natural state from October through March.

Walking across the square, we puzzle over gaining access to Dymphna’s relics, a quaint term for bones.

Dymphna’s relics have been carefully preserved, and occasionally inspected, for fourteen centuries.  If you are nuts, these old bones are the Holy Grail. 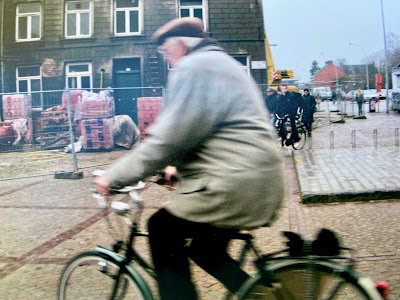 An elderly man on a bicycle, cycles up and gapes as us as if we’d lost our minds.

“Do you speak English?” I say.  “We need to get into the cathedral.”

We huddle, take a quick poll and decide unanimously that the old man is one of Gheel’s delusional patients.

But minutes later, the president reappears, cycling toward where we commiserate.  He kickstands his bike, triumphantly holds up a key and, incredibly, unlocks the cathedral door. 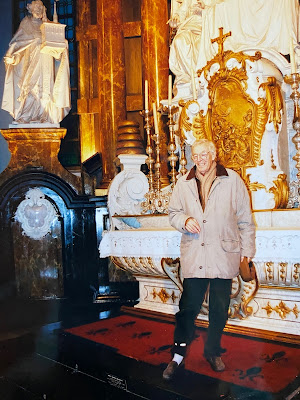 “I am the president of the church,” he announces.

“What are the odds of the president of the church cycling by just when we arrive?” Van Stein whispers.  “And opening it just for us?”

“Be careful,” I remind him. “Ideas of reference.”


The president, whose name is Joseph, hits the lights and tours us around his baroque cathedral, which partly celebrates Dymphna.

Joseph snaps a photograph with our digital camera. 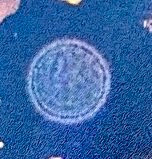 When we view it moments later, Van Stein is astonished.

“Look!” he points at a round white ball that looks like a full moon.  “An orb!”

“Orbs are balls of transparent light, believed to be spirits or aliens.  They sometimes turn up in photographs taken at haunted places.  Look, it’s posing with us!”

I turn to Joseph.  “Where are Dymphna’s relics?”

It is another church, Dymphna’s Church, a quarter-mile away.

But in President Joseph’s opinion, Dymphnakerk, Gheel’s first place of worship (circa 1100) is less significant than his own House of God.  “You cannot go inside Dymphnakerk,” sniffs Joseph.  “It is closed until May.  And the man who runs it, he will not open for you like I do.”

Why else would we be in Gheel this time of year (or any time)?

Dymphnakerk is so gloomy and austere, it makes the other cathedral look like Bloomingdales the day after Thanksgiving.

In winter, this cathedral is not about life.  It is about death—not least because it towers over a vast graveyard where, by day, bone-grinders create space for a new generation of Gheelists.

A notice on the door confirms that we should return four months hence–perhaps on St. Dymphna Day, May 15th, if we fancy a parade and community feast. 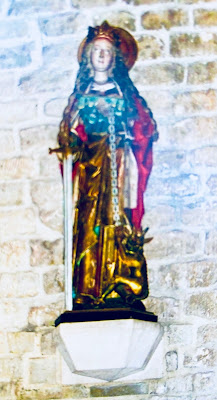