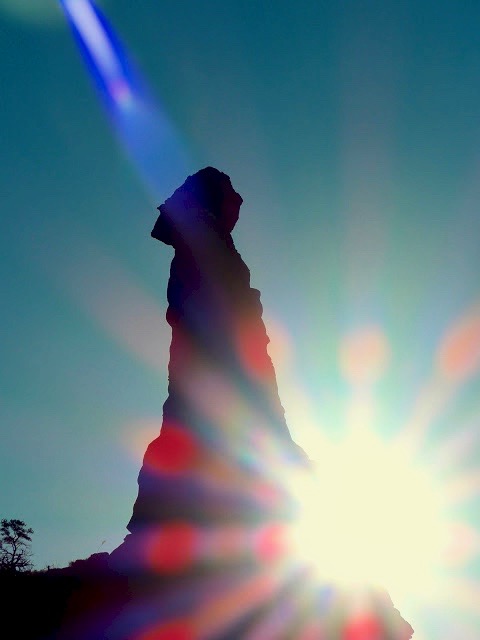 If you Google where God lives, one hit after another refers to this Native American proverb:

“God created the Grand Canyon but he lives in Sedona.”

Sedona, Arizona, is a hot zone renowned for its red rock, rich in iron, maybe irony, too, and also where creativity, spirituality, art and lunacy bake beneath the hot sun; an oasis within the Sonoran Desert, where the sky is bright and dry and crystal clear among people who put great stock in the power of crystals.

Add this dimension (or dementia):  Sedona is a New Age magnet for metaphysicians, and their patients, and its promoters boast that those who visit will experience new insights, intense joy, physical healing and heightened spiritual awareness.

In other words, maybe Native Americans had it right, that this is the right place to find God at home.

However, if He happens to be away, you may, in His absence, take the opportunity to indulge in a spiritual tune-up.

There are no asylums in Sedona to dispense electrical shock therapy.

Instead, a natural voltage, of the metaphysical variety, is administered, whether you want it or not.


And then there’s the moon.

For Van Stein–me, too, by now—it is largely about the moon, about moonlight.

Our visit will coincide with the second full moon within a calendar month, known as a blue moon.


Judging by local site names (Canyon Moon Park, Crescent Moon State Park) and hangouts (The Full Moon Saloon and Blue Moon Café), along with an annual Moon Madness Festival, Sedonians possess an appreciation for the moon not seen since the days of Count Luni and his Etruscan moon-worshippers in Italy's Valley of the Lunigiana.

Posted by Robert Eringer at 5:36 AM