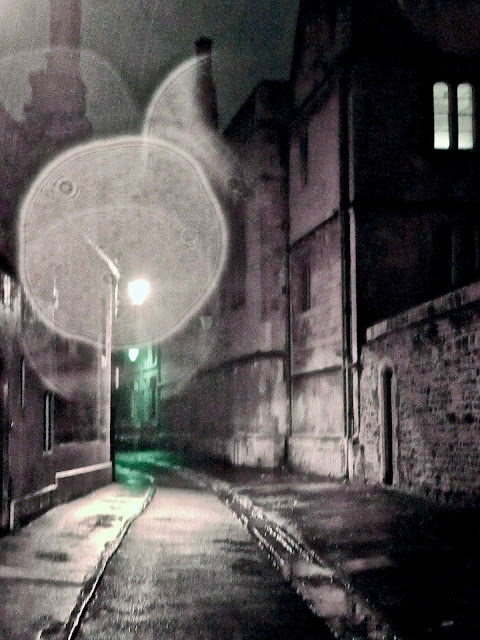 Eight o’clock next morning we are up and out of Monaco, rolling north to Switzerland. 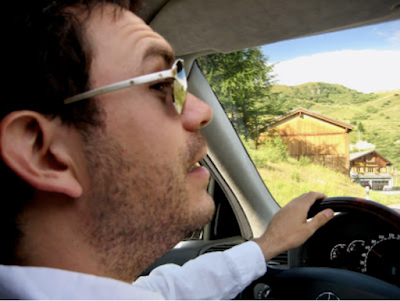 JL is at the wheel, myself next to him, and Van Stein in back with Mazey Sunshine, a sexy blonde neuro-psychologist along for the ride by extension of her partnering with JL.


Mazey has a posh English accent and is as smart as she is pretty, with an eyeball grip that delves deep into the mind of whomever she engages.

It is our challenge to help Mazey, possessed of rigid French clinical training, to see the creative side of madness. 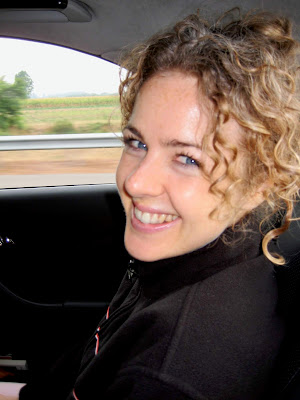 As we ascend out of Monaco, it is clear JL has told Mazey nothing about our true mission; she assumes this is merely a joyride to Switzerland.

“There is a fine line between creativity and madness,” I begin.

“I see.”  Mazey’s tone implies she is not ethically allowed to treat us now that we’ve been introduced as friends.

“It’s a long story,” I say.  “But, fortunately, we have at least five hours on the road.  You have to listen and, of course, you’re not allowed to send a bill.”

“I’m not obliged to offer my opinion,” says Mazey.

“Therapists never do,"  I say with whimsy.  “Their challenge is to get their patients to open up for their own good.”  I pause.  “Fortunately, that isn’t a problem with us.”

Van Stein chortles.  “Just wait until we do orbs.”

I explain about the red rock, the vortexes—and how Nietzsche jolted me awake in Sedona with metaphysical shock treatment, hence the reason for this road trip to Sils Maria, and to Nietzsche Haus, where we expect to find the mad philosopher awaiting our arrival.

“Usually we have to go searching,” I say.  “But Nietzsche reached out for us, so this one is easy.”

“Nietzsche was very creative," I say. "He wrote enduring books of philosophy, and then he went mad. He’s right up there with Van Gogh and Dali, who are already with us…”

“And in Florence, quite by accident, we picked up Machiavelli—and we also unexpectedly ventured into God and the devil, one of Nietzsche’s rants.  Not only is he famous for saying God is dead, but his last work was titled The Antichrist.”

“But most important, Nietzsche believed that madness is a necessary condition for spiritual progress.  So, it’s no wonder he feels left out and wants us to include him.”

“Interesting,” says Mazie.  “Uh, how do they do this?”  She nervously meets JL’s eyes in the rear-view mirror.

“Yo!  How am I supposed to explain orbs to such a brilliant mind?” 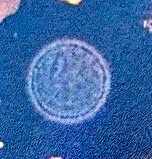 “Okay,” says Van Stein.  “Let’s see if you enjoy this:  When we went to Gheel to pay homage to St. Dymphna, who is the patron saint of lunatics, the president of St. Amand’s Cathedral took a photo of our gang near the altar.  Right near us appeared a glowing medallion, somewhere between transparent and translucent.”

“I’d never seen an orb before,” Van Stein continues.  “We blew it up, studied it.  After that, the orbs followed us around the church.  We get back to London and these orbs are still floating around.  So, we go on the Internet and Google orbs and we discover web sites galore, people sending in photographs from all over the world, an unexplained phenomenon.  And they’re happening more frequently now than ever before.”

“Ever since Gheel we’ve made it a point to seek out orbs wherever we go.  They showed up in Spain, at Port Ligat where Dali lived, and in Figueres, where Dali was born.  Marfa, Sedona.  In Florence I snapped a big orb hanging above my bed.  Did we see an orb in Arles?”

(Vincent van Gogh's ghost assaulted me. A whole other story, soon to be told.)

“There’s a book coming out called The Orb Project, co-authored by a NASA scientist,” continues Van Stein.  “They’re trying to explain what orbs are.  And after all their experiments they can’t conclude anything–but they’ve ruled out dust particles and moisture.  So, the possibility exists that we have advanced technologically to the point where we are bridging the gap between worlds, between that which is seen and un-seen by the human eye.  The orbs are drawn to water and spiritual places.  Main thing is, there is something beyond our comprehension that is showing itself to us.”

“Do they live in another dimension?” I say rhetorically.  “Do they come from another planet?  Are they angels?  We like to think we’ve collected a gang of friends.”

“Are you saying these orbs always existed but we haven’t been able to see them?” asks Mazey.

“The advent of digital photography is key,” I say.

I say, “He sure as hell disturbed me.”

“And Nietzsche will make six, if he appears?” asks Mazey.

“Nietzsche’s a done deal,” I say.  “No ifs. He summoned us, he’s waiting for us—we’re responding to his invitation.”

Posted by Robert Eringer at 6:37 AM