SUMMONED BY NIETZSCHE 5: IN HIS OWN WORDS 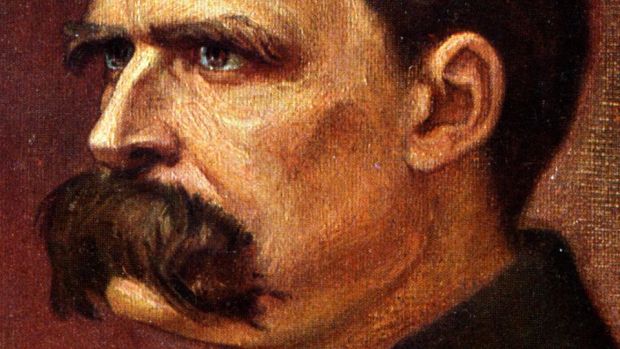 As we (JL and Mazey Sunshine, Van Stein and me) continue to roll toward Nietzsche-land, I dig into my holdall and retrieve a notebook.

“I’ve read through about two hundred Nietzsche quotes and culled them down to a dozen for discussion time.

"Here’s the first:  A casual stroll through the lunatic asylum shows that faith does not prove anything.  Anyone want to start?”

No one wants to start.

So, I start myself.

“I think he’s saying when you see madness up close, it’s difficult to have faith in God.  Anyone else?”

“Next:  Insanity in individuals is something rare–but in groups, parties, nations and epochs it is the rule.  He’s saying, I think, he doesn’t care much for people.”

“I bet he wasn’t the life of the party,” says Van Stein.

“If Nietzsche happened to be at a party, and I doubt he went to any by choice, he’d be sitting in a corner by himself, looking around at everyone in disdain, shaking his head at the mediocrity around him.  Okay, next one:  No price is too high to pay for the privilege of owning yourself.”

“The hell does that mean?” says Van Stein.  “Why would you choose that one out of over two hundred quotes?”

“My own psychological reasons.”

“Does it have to do with personal responsibility?” says Van Stein.

“That’s bullshit,” says JL.  “Ninety percent of the population does a job because they have to do it.”

“I think it’s higher than ninety percent,” I say.  “Nietzsche would see that as tragic, which is why he thought man was mediocre and held no hope for the world.  Next:  Talking much about oneself can also be a means to conceal oneself.”

“Oh, yeah,” says Van Stein.  “Have you ever been to a party and someone just can’t shut up?  They talk-talk-talk-talk-talk-talk, there’s no gap between their sentences, their minds are racing a hundred miles an hour.  And by the end of the evening you think, What the hell was that?  You don’t know who that person was, only what they were spewing.” 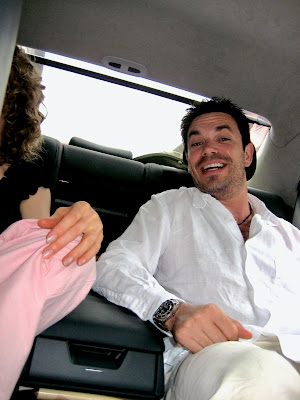 “The what?” says Van Stein.

“In the intelligence business, you’ll give away ninety percent genuine information to get the enemy to swallow ten percent disinformation.

“Phoenix rising out of the ashes,” says Van Stein.  “Every dark cloud has a silver lining.”

“Do you always speak in clichés?  Let’s define chaos,” I say.  “In your mind, you’ve got all kinds of influences that seem difficult to reconcile.  Out of all these contradictions and paradoxes, after a mulching period, comes the epiphany, that dancing star, the creative idea.”

“When I paint a painting,” says Van Stein, “it starts off in the abstract.  It looks chaotic; I don’t know what’s going to happen.  But eventually there’s order.  The chaos is transformed into a finished painting.”

“During a trip like this,” I say, “all the thoughts and feelings and experiences are total chaos in my mind and it’s like, how am I ever going to make sense of this in a way I can convey to others in writing?  But I sit down, open a vein, and out of the chaos a dancing star eventually appears.  And what I’ve discovered is, the more chaos I begin with, the better the end result.  Okay, next one:  There is always some madness in love.  But there is always some reason in madness.”

“Isn’t love a kind of temporary insanity?” I say.  “Scientists have uncovered a chemical effect in our bodies when we fall in love.  Un-returned love can make a person crazy–drive them to stalking, murder and suicide.”

“But there is some reason in love,” says Van Stein.

“No, there’s reason in madness.”

“But there’s also reason in love.”

“Nietzsche didn’t say that,” I say.  “He said there’s some madness in love and some reason in madness.”

“Madmen always see a reason for their actions,” says Mazey.

“Does true reason exist outside of morality?” says Van Stein.

“What happens when you’re suddenly in love?” I say.

“You get an erection,” says JL.

“Then you’ve lost sight of reason,” I say.

“Does Nietzsche ever define insanity or madness?” asks Mazey.

“Which brings us to Nietzsche’s next quote,” I say.  “A matter that becomes clear ceases to concern me.”

“He’s saying,” I say, “nnce I figure something out, I move on.  The painting is finished.”

“He was not at peace much,” says Van Stein.

“The only time he was at peace was when he was out walking,” I say.  “Which leads us to, All truly great thoughts are conceived by walking.   That’s how he conceived his philosophy, by walking.”

Says Van Stein, “What about some of the great minds that have no capacity to walk, that are confined to wheelchairs, like Stephen Hawking?  What he should have said was, What works for me…  What an egotist!”

“I must say,” says Mazey.  “I feel very honored to be included on one of these trips.  Go on, next one.”

“It is my ambition to say in ten sentences what others would say in a whole book.”

“It should be,” I say, “my ambition this trip to define Nietzsche in ten sentences.”

“Someone I know defined existentialism in ten words,” says Van Stein.  “Human beings are not things; one must always choose freely.”

“Next:  The best weapon against an enemy is another enemy.  Get your enemies whacking away at each other.  Next:  The true man wants two things:  danger and play.  For that reason, he wants woman, as this is a most dangerous plaything.”

“Nietzsche seems to imply that God once lived,” I say.   “But I think what he meant was the concept of God is dead, or should be dead.”

“Or could be dead,” says Van Stein.  “He doesn’t know shit!  Are we in Switzerland yet?”

“What doesn’t kill us makes us stronger.”

“You have to suffer to get where you want to go,” says Mazey.

“Welcome adversity as a character-builder,” I say.

“That should be in every martyr’s handbook,” snaps Van Stein.  “He’s great at throwing out one-liners, but he doesn’t put anything into context.”

“Next is an analysis of Nietzsche and Goethe’s thoughts on the need for an enemy:  What if you have an enemy who is not just some mean, despicable, carping person, but a capable person who, for some reason or other, has got it in for you, and perhaps quite justifiably?  One could perhaps say that a real enemy who is out to harm you can do more for you than even a guru, because a guru may put you through it and make you suffer, but you know all the time–or at least you try to tell yourself–that it is for your own good.  You know that he doesn’t really mean to hurt you.  But to be truly patient under real provocation is much more difficult.  A guru can’t do that for you.  For this reason enemies are valuable.  Nietzsche said one should choose one’s enemies with care, that an enemy is quite a positive and valuable element in life, and that you very rarely get on without a few good enemies to spur you on and keep you stirred up and prevent you from stagnating.”

Says Van Stein, “I think he means enemas.  Try to have as many enemas as possible to keep you sharp.”

“It’s when you’re constipated so hard you have blockages and it’s starting to turn your body toxic.  So they insert a tube up your rectum and put in liquid to soften the stool.  You’re a doctor, you can handle this.”

“I’m a doctor of the head,” says Mazey.  “My job is to stop the bowels from getting into a state.”

“The problem, Mazey,” I say, “is that Van Stein has a tendency to think with his bowels.  So, JL, how are we going to find a formidable enemy?” 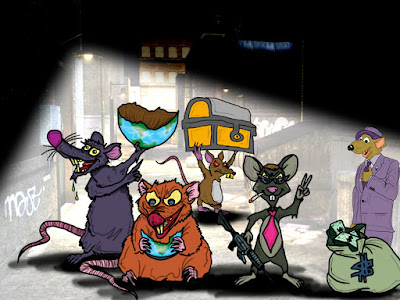 
I shake my head. “The people hanging onto Tubby’s coattails are not stupid. They know a gravy trail when they see one. Never underestimate parasites—sucking blood is in their genes."

Posted by Robert Eringer at 6:01 AM