SUMMONED BY NIETZSCHE 3: DYNAMIC OF INCLUSION


Sleep in Dorking comes late, with an early awakening, adding to homeostasis disruption.

Gatwick Airport is but twenty minutes from Dorking, so it is from here that Van Stein and I fly-–Disordered between us–to Nice-Cote-d’Azur, where Disordered forks off with a plan to rendezvous for dinner in Monaco.

JL greets Van Stein and me in a large black Mercedes with personalized 007 tags, freshly polished for our foray to Switzerland the following morning.

Monaco's assorted clans cannot easily find invisible me so they’re making a meal of him; veiled threats, malicious gossip and general conveyance of their specific point:  Don’t mess with our rice bowls.

“How we behave under pressure is the true test of character,” I say.

“Okay,” I say, “then how about this, from Nietzsche:  We need formidable enemies to keep us sharp.” 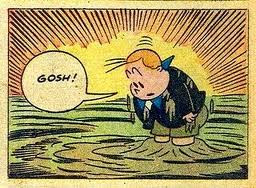 I nod knowingly.  “You never should have gotten involved with me.”

“Him?” chirps Van Stein from the backseat.  “I never should have gotten involved with you.”

As we approach the autoroute, I casually mention Disordered will join our imminent journey into creativity and madness.

I try to explain our Dynamic of Inclusion, but JL has none of it, finally offering his car to me devoid of his own good company.

The pragmatics for changing gears like this is not good.

And although I am sorely tempted to accept JL’s offer, call his bluff, I cave, respecting that perhaps it is unfair of me, unilaterally, to invite another humanoid at the eleventh hour without concensus, our open gateway to madness be damned.

JL goes, leaving me and Van Stein to dis-invite Disordered over smoked salmon and good Chablis at Quai des Artistes.

Disordered rapidly processes this insult, consulting each and every personality–and possibly creating a new one out of the trauma.

I take the blame, but Disordered wishes to direct it elsewhere, astutely settling on JL.

By now I’m at the low ebb of the lag, sleep deprivation, and now hurt feelings.

Because it means I’m starting to feel as miserable and wretched as… Nietzsche.

Posted by Robert Eringer at 6:30 AM