Saturday night. A final stab at the runtur.

The menu, written in elf-speak, seems to say:  We’d like to welcome you pigs to our restaurant and We also serve screwballs.

Fresh from the Klepp Psychiatric Institute, or stuck with it, Van Stein is mumbling to himself again:  “The Reykjavik effect, yes, we’re going to wreck the effect, the Reykjavik erector set...”

Smoked puffin of breast, an appetizer, is set before us. 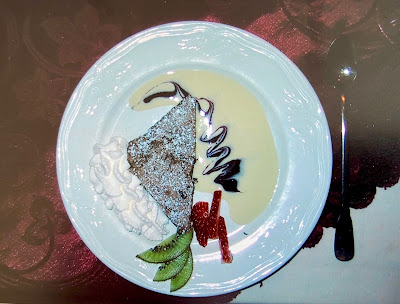 Erik the Red had been reluctant to order puffin, having told us that his favorite stuffed animal as a child was a puffin so he could never eat such a thing.


Then he orders one for himself.

Moved by Erik’s tale, Van Stein jumps up and grabs a stuffed puffin from the bar, stands it on the table facing Erik.  “Look at it–and eat!”

Puffin is rich, somewhere between duck breast and smoked salmon.

We all try it, a texture and taste akin to calf's liver. 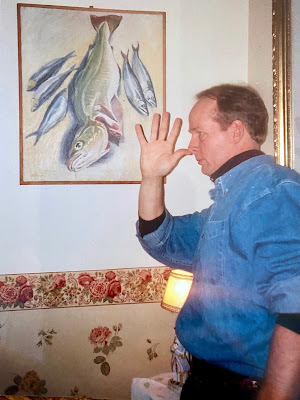 “May I spout off after this?” Van Stein asks the waitress.

"Like you haven't already?" I say, before addressing the waitress. “Don’t mind him. He just returned from the Klepp.”

She backs away, unsure, taking no chances.  “Have you seen the film?” she asks a-shiver.

“What film?” I ask between mouthfuls of halibut in lobster sauce.

“Angels of the Universe.  An Icelandic movie.  About schizophrenia.  About Klepp.  Have you seen?”

The waitress adds that 4,562 establishments in Reykjavik are licensed to sell booze, one liquor license per twenty-five persons.  When young people go out, they average about fifteen drinks per person.

It makes Van Stein nervous, not yet knowing my need to introvert without warning, and he feels a need to snap me out of it with a question: “How’s the character development coming?”

The plan, this runtur, is to avoid disco-dance raves, explore the beast’s underbelly.

This is where Erik the Red’s pathology becomes too much to bear.  Not only did he play in a band with Robert Plant and Elton John at the age of fifteen, The Beatles were members of his fan club.  Even Van Stein, who usually scarps up everything uttered by Erik, is hard-pressed to swallow this poppycock.

“Can you prove that?” Van Stein demands, one eye a-squint.

“Of course,” replies Erik.  “I have a letter signed by all four of them.”

“You serve up more whoppers than Burger King,” I say.  “Either that or you must be the Forrest Gump of rock and roll.” 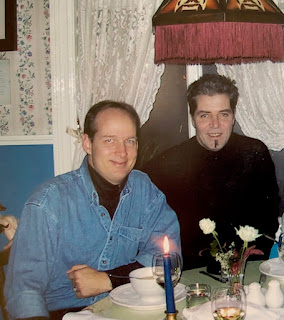 Erik just smiles, and when he opens his mouth, it is to inform us that Forrest Gump really exists and is a friend of his, then excuses himself to join a blonde beauty he’d met at Hus Malarans and promised to turn into a super-model.

Van Stein, Floater and I dialog with two British university girls who say they won a weekend in Reykjavik through a shampoo contest.  We, the runtur experts after one night, direct them to Club NASA.

“Where did berserk come from?” asks one of the girls.

“Viking warriors,” I say.  “They’d bite their shields and yell as loud as they could to disorient their victims before chopping them into pieces.”

“No only.” Van Stein dashes around, nuzzles up to one of the girls, purrs in her ear.  “If their wives were unfaithful, they’d drown them in a special river.”  Cappuccino foam has settled on the artist’s lips.  “I saw it yesterday.”

The girls recoil, bid us goodbye and depart.

Next stop, Café Reykjavik, down the hill—more poetically, over it.  Designed like a Wild West saloon, this café caters to an older crowd, the divorcees.  It’s past midnight when a live act takes the stage and performs an off-tune Tequila Sunrise.

Re-joined by Erik the Red, we drain Remy Martin cognac (to hell with coffee) and wander past Café Amsterdam, Astro, and Hus Malarans, whose very name cracks the code for elf-speak:  The native tongue requires lubrication.  The more you drink, the easier it is to say Hus Malarans, and sound like you really mean it.

By the time we reach Hus Malarans, I’m struck by another epiphany:  This going berserk business is just a tongue-in-cheek façade for the real thing.  The city elders and shopkeepers put up with the runtur for the same reason they’re scared silly of the Klepp:  This genetically pure people, who brand their offspring sons and dottirs, are like the toilet door at Hus Malarans:  Unhinged.

With this realization, runturing suddenly becomes less significant—and not even enjoyable for someone who enjoys cuisine, fine wine, vintage Armagnac and a feather bed before midnight.

Floater and I leave the other two cocktailing at Hus Malarans.

“Hey, look up there.”  I point to an emerald-green aurora borealis in the northern sky, framing the bright and bloated moon, going nowhere.

About five a.m. I awaken to drunken singing in the street.

I’m minded go outside and make this a visual as well as an audio experience.

But I can just as easily envision the scene in my mind’s eye while enveloped in goose down:  Drunken twenty-something males slinging bottles, tossing cookies and expelling bodily fluid from short knives.

Posted by Robert Eringer at 6:04 AM