In Search of Machiavelli

(And in Niccolo's memory, born 551 years ago today)

News reaches Van Stein and me about a region of Tuscany called Valley of the Lunigiana (translation:  Moon Valley), where ancient folk—the Luni—worshipped the moon.

So of course we hurl across the Atlantic, in January as usual, but with a new twist:  No full moon; in fact, no moon at all (the new moon phase) when angels and devils come out to play in the darkness.

A bounce into esoteric realism.

We'd traded clear skies, sunshine and warmth for full gloom: a London that bursts with people from everywhere, its population swelling each hour despite congestion charges, standing-room-only subway trains, leeching prices and edginess.

A woman goes postal when a young man tries to walk out with her purse, over which he has draped his jacket, but it falls to the floor when he loses his grip.

“You’re trying to steal my purse!” she shrills.

He snarls, beats a hasty exit.

Van Stein, as always, is the decoy, a suspicious-looking character scouting angles while I utilize darkness and shadow to maze my way to Home-House, a private club, for surreptitious meetings, followed by another covert rendezvous in the old Churchill Hotel’s cigar bar, where an attractive female pianist croons Carole King and James Taylor.

Come morning, Starbucks on Baker Street, an outdoor table in dank drizzle to evoke a sense of place; watching, like Sherlock Holmes, commuters on foot; engaged by a torpid American traveling salesman who claims to be waiting for a luggage shop to open up so he can buy what he needs to lug his wares around on wheels.

“Another spy,” whispers Van Stein.  “I’ve seen him before.”
We dry-clean our tracks before wheeling to Luton Airport, quiet and deserted this time of year. 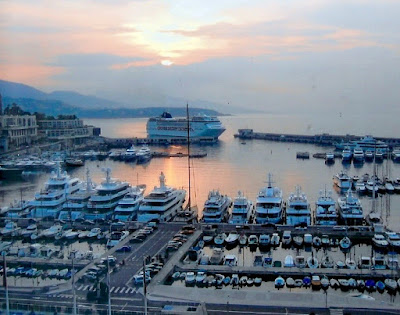 EasyJet plunks us hard onto the tarmac at Nice-Cote-d’Azur, where the Det Collector stands by to motion us into the Principality of Monaco. 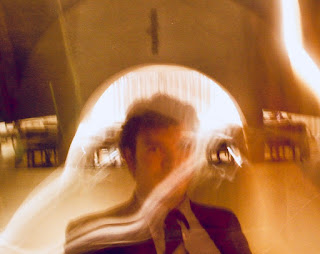 Enter JL, a new recruit to our surreal bouncing. He has requisitioned a Mercedes with 007 plates for our imminent road trip to Moon Valley.


JL could not understand our need for a violin, but found one anyway, so that Anjelika could pose with it for the artist.

The first angel.  Or second devil posing as an angel?

A spy, perhaps; if no one else’s—I rationalize—mine to recruit.

Onto Le Beefbar, where Van Stein meets Anjelika and approves my choice for violin model.

We also agree she should join us for whatever lunacy awaits in the Valley of the Lunigiana.

Posted by Robert Eringer at 1:11 PM