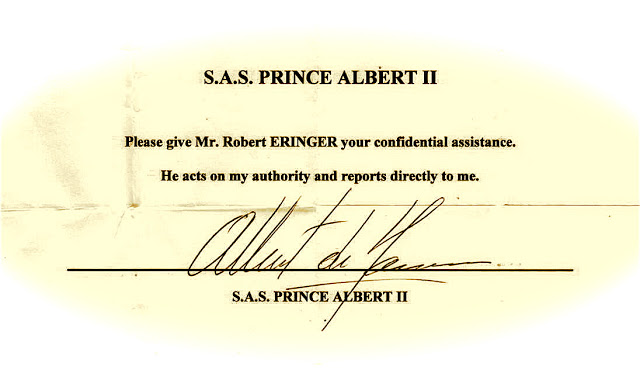 Back in London a day after being put on retainer by Prince Albert of Monaco, I recruited Piers, a professional acquaintance, to assist me with my princely mission.

I’d known Piers for over ten years, had sub-contracted private intelligence work to him and had grown to appreciate his diligence and integrity. 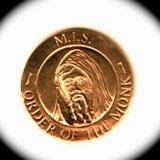 Informally, Piers and I referred to the Prince’s retainer as Order of the Monk, a play on Francois “Malizia” Grimaldi, who posed as a monk to seize Monaco from a rival Genovese family, the Spinolas, in 1297.

And, tongue planted firmly in cheek, we devised a Latin motto, which summed up the Prince’s intentions:

Three years later, after the death of Prince Rainier (April 2005) and Albert’s ascendancy to the throne, the entity we created would become the Monaco Intelligence Service (MIS).

Our brief was simple, if complex in its execution:  to ensure the Prince would be well informed not only during his extensive foreign travels but also about the foreigners, residents and native Monegasques who surrounded him at home.

1) to investigate individuals and entities about whom the Prince voiced concern.

2) To keep the Prince apprised of information, which, as his eyes and ears, would come to our attention.

3) To create liaison partnerships with the intelligence services of select countries—with a view to soliciting expert briefings and advice.

I commenced my duties by faxing a quarterly invoice (July-September 2002) on June 18th to Claude Palmero, the in-house accountant at Palais de Monaco. 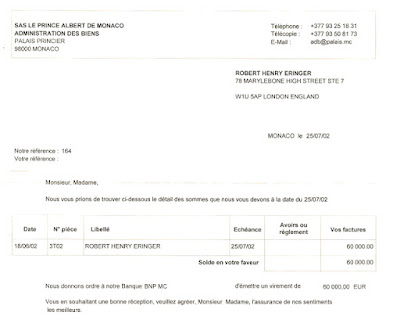 The Prince intended to pay the cost of my service from his own pocket, and indeed such funds were wired three weeks later from Albert’s personal account at Banque Nationale de Paris.


The Prince’s father, Monaco’s sovereign Prince Rainier III, was in ill health, his memory fading, and living a near-reclusive existence inside Palais de Monaco on The Rock.

He probably should have abdicated in his son’s favor by this time, but two things were happening to prevent this, the first we knew about at the time, the second we did not:

1) Monaco was in the process of renegotiating its treaty with France, part of which would create a clear line of succession within the Grimaldi family even if Prince Albert did not produce a legitimate heir.

2) Individuals closest to Prince Rainier were dissuading him, despite his inability to govern, from abdicating and allowing Albert to take the reins of power.  They did this to perpetuate their own exploitation of the situation, reaping awards, titles and financial gain.

Acceptance by friendly foreign intelligence services would be essential for success.

Hence, my first trip, on June 23rd, was to Washington, D.C., where Clair George checked me into (as usual) the Chevy Chase Club.


By now, I had stayed at this exclusive country club so many times during the 1990s it felt like my second home.

It was Clair who introduced me to the world of espionage.


As an investigative journalist in the late 1970s and through the 1980s, the intriguing world of spies beamed me in.

But it was Clair who made me part of it—with my full consent.  I think he saw in me someone who could do it well.

Clair provided much advice, delivered sparingly and only when the occasion demanded, including this maxim on how to handle people:

“Make ‘em laugh half the time, scared of you the other half, and never let them know what you’re thinking.” 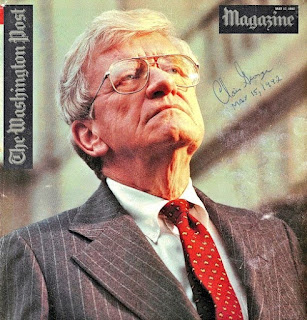 This advice would serve me well as I mixed it up with rogue spies and intelligence officers from countries hostile to the United States.

Now, on this late spring day, over martinis stirred to perfection by Ricardo at the bar of the Chevy Chase Club’s Winter Center, I took great pleasure in recruiting the retired CIA spymaster to be our "chairman emeritus."

From the get-go, Clair steered me through a minefield on how best to acquire information from foreign intelligence liaison partners while evading their stratagems for creating direct relationships with the Prince.  His counsel through the ensuing years was priceless.

Second on my list was Ian M of Britain’s Secret Intelligence Service (SIS).

Ian, a consummate intelligence officer, had served a variety of posts in Europe and the Middle East before landing in Washington for two successive terms as station chief.

Ian agreed to lobby the support of SIS to embark on a liaison partnership and to meanwhile cooperate on an unofficial basis.

And since he enjoyed an excellent relationship with CIA Director George Tenet, Ian offered to walk my infant service into CIA headquarters for similar attention.

Next on my list was the dataveillant, so-called for his skill at accessing computer databases.

And then the specially-code-named FLOATER, whose specialty—which I taught him myself—is insertion into the lives of others, using book publishing as a pretext.

Together we had conceived our Book Model for conducting undercover investigations, based on the premise that everyone wants to write a book—a technique I perfected for the FBI during the 1990s.

(Everyone on the team would work in a compartmentalized manner, not only independently, but unknown to one another, with all reporting to me.)

Next:  Jack Platt, a former CIA operations officer known for his cowboy boots and nonconformity.  Jack could access secret data through several former Russian intelligence officers; I immediately commissioned him to produce an assessment of Red Mafia money laundering activities in Monaco.

Next:  Jerry G, another former CIA clandestine officer and station chief, in the midst of investigating—for the private-sector—the illegal movement of Iraqi and Libyan oil, which implicated Monaco residents Samy Maroun and Rui de Sousa.  Jerry also provided me with intelligence on a shady Frenchman named Patric Maugein, who linked to Maroun and de Sousa in illegal oil deals transacted through their Monaco-based companies. Maugein—reputed to be French President Jacques Chirac’s bagman, collecting money from Iraq’s Saddam Hussein, among others—was a violent thug who had contracted the shooting on a Paris street of a doctor he believed was having an affair with his wife.


The relationship between Chirac and Maugein was said to be so close that when the French president’s mentally unstable daughter suffered a breakdown in the 1980s it was Maugein who checked her into a Swiss asylum in Lausanne and covered the $10,000 per week medical bills.

(As a young man, embarrassed by his 5’6” height, Maugein had his legs broken and extended two inches.  More recently, he had undergone penis enlargement.)

While I was in Washington, Samy Maroun was urging the Prince to meet Maugein on the basis that “Patric has good ideas for Monaco.”

However, based upon our intelligence, Albert declined, and no such introduction ever took place.

I happily chalked this up as our first success in service to the Prince.

Ian returned to the Chevy Chase Club on July 3rd for a buffet dinner and poignant Independence Day fireworks display concluded by a bugler’s masterful rendition of Taps.

CIA, he told me, was keen to pursue a liaison relationship.

As for SIS, said Ian, “Someone will call when you return to London.”

Posted by Robert Eringer at 7:32 AM