I arrived at Clair George's house, around the corner from my own, shortly before our guests from the Federal Bureau of Investigation were due to arrive. 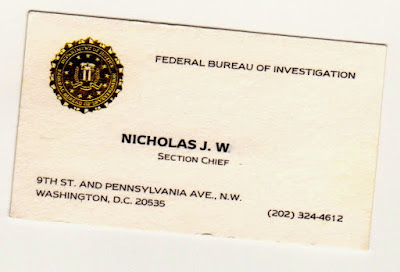 
With him, Allyson G, a Supervisory Special Agent.

Both were from Headquarters in DC. 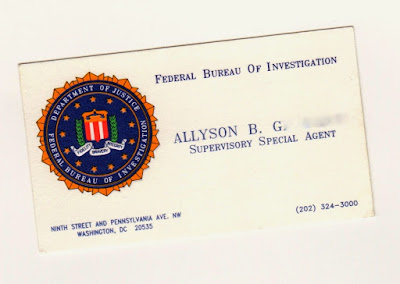 Nicholas and Allyson proffered calling cards and displayed much deference to the former CIA spymaster, who opened the meeting.


"I met Eringer around the time I retired from government," Clair explained.  "He moved into my neighborhood and we became close personal friends."

I conveyed to them the offer made to me by National Press Books to handle Edward Lee Howard's book.

Nick exchanged glances with Allyson, and then spoke.  "We already know people who have met Howard and reported to us bits and pieces of what he's said.  I'm not sure how much more we're going to get by giving you questions to ask him..."

"Wait a second."  Clair put up his hand.  "This isn't about asking Howard questions. It's about trying to capture him."

"A unique opportunity has presented itself," I said.  "This situation is Howard-initiated.  He is seeking a publisher.  Howard's literary agent will vouch for the fact that National Press Books is the ideal publisher for his book.  By an odd quirk of fate, National Press would put me in charge of Howard's book as his editor.  Over time, I could gain Howard's trust.  And I could lure him into a trap."

Nick warmed up to this.  "Howard could certainly use a friend," he said.  "But this isn't a Bureau decision.  This is the domain of the U.S. Attorney out in New Mexico.  He's the one who has to prosecute this case.  So he's the one who has to decide whether or not to use these kinds of tactics, how it's going to play out in court, a pretty complex thing."

"The U.S. Marshals have something called the Curved Frisbee Doctrine," I said.  "Which means, if we can lure Howard to an international corridor without violating his human rights, the courts won't object."

(The reason I could be such a smart-ass was because Clair had already introduced me to his friend Howard Safir, former chief of the U.S. Marshal Service, and Safir had told me about the Curved Frisbee Doctrine, a phrase he'd coined himself after masterminding the international apprehension, known as an extraordinary rendition, of CIA renegade Edwin Wilson in the Dominican Republic.)

"No," I said.  "This operation would be on your nickel.  I'm not planning to pursue this opportunity unless you folks sign on, cover my expenses, and hire me as a contract agent."

"What's your deadline on this?" asked Supervisory Special Agent Allyson G, who had been filling legal pages with hand-scribbled notes.

I shrugged.  "I don't have one, but you can be sure this opportunity won't last forever."

Clair saw Nick and Allyson to their car and returned with a look of utter astonishment on his face.

"Typical feebies," he said, both amused and bemused.  "They only think in terms of collecting more incriminating information on Howard.  As if they didn't have enough!  I can't believe it didn't occur to them before they got here that we’re talking about catching Howard."  He shook his head.  "That's government today.  No imagination, no creativity."  He paused.  "It'll sound too complicated, too dangerous.  Anyone with any clout in government is just a few years away from a pension.  They never want to risk that."


Meantime, Edward Howard phoned Joel Joseph from Moscow and pressed him for a commitment to his book.

In turn, Alan Sultan called me.  "I know how these things work," said Sultan.  "If we're going to sign him, we've got to keep up the momentum.  Otherwise another publisher will come along and we'll lose him."

"They seem pretty interested," said the Supervisory Special Agent.  "Others have come forward in the past with plans to trap this guy, mostly from inside the Bureau, but nothing as interesting as this.  However, we still have to get the Justice Department on board." 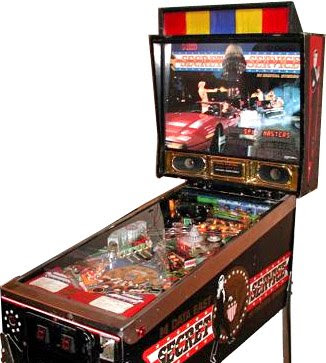 It should have tipped me off there and then what it's like to work for a U.S. government agency:

You spend your life getting smacked around like the silver ball inside a pinball machine.

Hit this base, bang!

Until, after a good battering, tired and worn out, you drop into a black hole.

Posted by Robert Eringer at 6:10 AM