In a corner pub on St. John’s Wood High Street on August 13th, I made my pitch to Michael T, a Southern Europe desk officer for Her Majesty's Secret Intelligence Service (popularly known as MI6), as orchestrated by Ian in Washington:

One day soon, my sole client, the Hereditary Prince Albert of Monaco, would become the ruling Sovereign of a principality known to be a magnet for dirty money.

Once enthroned, the Prince desired (or so he claimed) to cleanse Monaco ("a sunny place for shady people," W. Somerset Maugham famously wrote) of dirty dealing and, well, shadiness.

The Prince hired me to ensure that he would be well informed from the get-go and would know precisely whom to crack down on.

To that end, as a fledgling intelligence service, we needed assistance for mutual aims, which were many and varied, from terrorism to money laundering to the illegal trading of embargoed oil.

Who else knew about this arrangement?

Where will your data be stored?

Provided with answers, Michael would write it up, he promised, for his superiors “with decision by committee.”

I later learned Michael penned a favorable report, but his bigwigs were not convinced.

Part of the problem was our unofficial status, operating outside the box i.e. acting autonomously of Monaco’s government structure.

Given the opportunity, I made my point again and again that this was actually an advantage, not a disadvantage; that non-official existence is the ideal definition for a clandestine service.

But the main question we needed to hurdle was this:

What’s in it for us?

CIA had a different problem proceeding.

They asked the FBI about me and in spite or because of my nine-year relationship with the Bureau doing undercover counterintelligence operations, the FBI dragged their feet.

This was partly because some of my activities had taken place on CIA turf (outside the USA, in Russia and Cuba) without consultation (the customary protocol) with CIA—a Pandora’s Box of angst the FBI did not wish to open.

On August 15th, I found the Prince by phone aboard the yacht of Michael Smurfit, the Irish cardboard box magnate and Monaco resident. 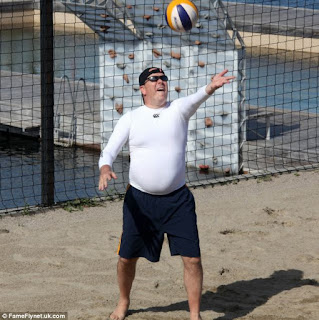 The Prince said he deserved to “loaf around” in August, especially since his father, Prince Rainier, had coerced him into a trip to Zimbabwe a few days hence.

I would eventually discover that loafing was the Prince's favorite activity.

We agreed to meet in a month. 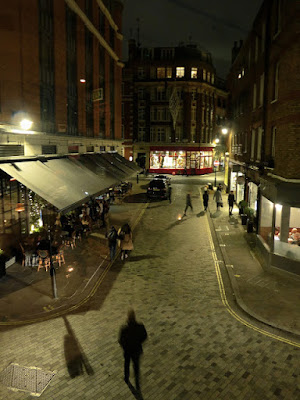 Meanwhile, operating with my deputy out of his office on Marylebone High Street, but mostly from inside Caffe Caldesi around the corner over multiple cappuccinos, we carefully honed our first targets, including the curious case of a retired U.S. Air Force colonel who first introduced New Russians to Monaco in 1992.