Prince Albert's mother, Hollywood starlet Grace Kelly, had, as Princess Grace of Monaco, gone out of her way to entertain U.S. servicemen who passed through the principality or were based nearby along the French Riviera.

MING (our codename for a retired USAF colonel) was one such person, seconded in 1971 by the U.S. Air Force Academy to the French Ecole de l’Air in Marseille, and eventually invited to a Palace function.

MING took a liking to Monaco.

So when MING retired from the U.S. Air Force two decades later he found his way back to the principality as coordinator of a Russian trade delegation that arrived in Monaco in 1992 for the purpose of opening business ties. 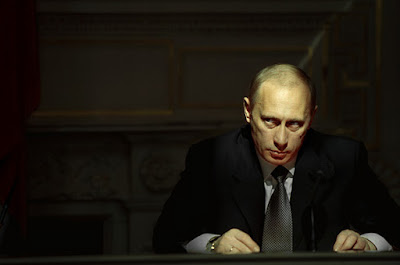 An obscure Russian politician from St. Petersburg named Vladimir Putin was part of that delegation, whose visit marked the entry of New Russians into the principality.

Soon after, MING went into business with Victor Pastor, a member of one of Monaco’s most prominent families, and created a business entity registered as Pastor International, whose function—we discovered from part of the network I’d assembled in Washington—was to launder Russian criminal money derived from illegal arms deals.

Through the Dataveillant we identified MING’s address.

In fact, we discovered a number of residences: in Monaco, London, Austin (Texas), and Malibu (California)—property wholly owned by MING and his German girlfriend, conservatively valued at $10 million.

Yet MING retired from the U.S. Air Force earning $60,000 per year and there was no indication of a family fortune.

Since my own specialty is deep-cover penetrations, I endeavored to insert myself into MING’s existence, and try to determine from him directly how he managed to enrich himself.

My pretext:  Business consultant with mutual contacts in Monaco.

Thus, I telephoned MING—a cold-call—and invited him to meet me for drinks in Montecito, about 60 miles north of his oceanfront property.

Next day, September 29th, we faced each in front of a large fireplace in the Four Seasons Biltmore's La Sala lounge bar.

To get somebody talking, it is important to establish common bonds and not address the target subject.


As Moono, an IRS sting-undercover specialist taught me:


Your target must look at you and think 1) this guy is genuine, 2) I trust this guy, and 3) I like this guy.  You cannot establish rapport by asking questions, but by listening.  The target will eventually get round to telling you what you want to know.

MING had been an undergraduate at Georgetown and attended Quigley's famed Western Civilization course; I got to know Quigley while attending nearby American University, and became his unofficial student.

I seized on this and, over martinis, MING (who drank three) suggested he and I collaborate on a book about Quigley, who died in 1977.  (“I thought he was God,” said MING.)

He invited me to visit his Malibu beach house to discuss this further—and also invited me to dinner that evening, which I declined.

Rather than settling for a goodbye handshake, MING insisted on giving me a bear hug while proclaiming our meeting a “serendipitous event, designed by the stars.”

I sensed he was lonely.

And now he was my new best friend.

Two days later, I arrived at MING’s house on a bluff overlooking the Pacific Ocean in the Point Dume section of Malibu:  a compound with main house and guesthouse, sealed from the road by high walls and security-coded gate.

MING proudly boasted of being one of the first persons to introduce New Russians to Monaco.

He told me he had served as an officer with the Defense Intelligence Agency and had been seconded to the White House as a Soviet Specialist when Ronald Reagan was president.

In the late 1980s, said MING, he transferred to Germany and engaged in “the supervision of high-tech, super-secret reconnaissance of the Soviet Union.”

He added that he knew President Putin personally. 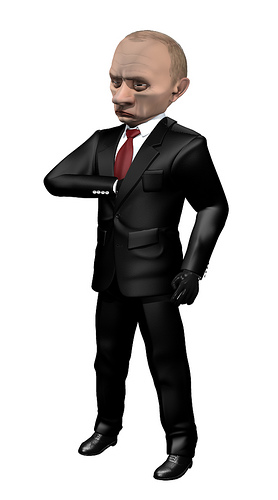 It is worth mentioning that MING was posted in Ramstein, Germany, during the timeframe (1986-90) Putin operated in Dresden, East Germany (two hundred miles away), as a KGB case officer whose job it was to identify and recruit spies.

MING told me he “retired broke.”

MING told me that Pastor International was sold prior to Russia’s financial collapse in 1998, and that the sale enabled him to earn a small fortune—explaining, perhaps, how his $4 million house came to be furnished with extremely expensive Ming Dynasty antiques (hence our codename for him).

This was a lie.

We already knew from documents filed with Monaco’s economic registry that Pastor International was not sold, prior to 1998, but liquidated in June 2001, when certain investigations in Brussels threatened to unveil its existence and dirty deeds.

I observed MING to be a shy, timid man, seemingly devoid of the business drive or acumen necessary to make millions of dollars.  He now aspired to writing screenplays.

MING told me he liked to keep a low profile, and I inferred a guilt complex when he said he could not watch the movie Saving Private Ryan all the way through because it “makes me too weepy.”

Upon my return to London, we intensified our investigation of MING, turning up details of his full military service record.


In the midst of this, Michael T of SIS requested my presence for another drink.

With regard to liaison status, he said, “It’s yes and no, no and yes.”

I asked what that meant, fully appreciating the opaqueness of our business.

“We cannot work with you because you’re not official,” said Michael T.   “But,” he added bluntly, “we would like to meet the Prince and cut you out of the loop.”

So it came down to old fashioned horse trading and, fortunately, I had something valuable to trade:

Jacques Chirac’s bagman Patric Maugein and the illegal trading of embargoed oil from Saddam Hussein’s Iraq turned out to be of serious interest to SIS.

We therefore agreed to proceed, albeit unofficially, on a “case-by-case” basis.

Posted by Robert Eringer at 8:26 AM