Now, back to intrigue & lunacy (especially the latter) with a true & telling tale about cheese:

The guys at National Press Books wanted to get moving on their Edward Lee Howard book.

I, conversely, was bent on slowing all movement until the FBI could get a grip.

Joseph and Sultan called a meeting at their office.

"Still thinking about it," I said.

"We want to publish this book next spring," said Sultan.  "We need to know immediately if we're going ahead."

"Do you really think Howard will write a book in time for spring publication?"

"Huh?"  The manuscript referred to by John H had apparently surfaced.  "Have you seen it?"

Time to change gears.  "Another thing that concerns me," I said, "is the legality of publishing Howard's secrets."

"We'd never publish anything we know to be classified," said Joseph without hesitation.  "It's a felony.  The CIA will hate this book.  We don't want to give them a reason to jump all over us."

"What will Howard say about that?" I asked.

"We won't even bring it up," replied Sultan.  "Ultimately, we control the editorial content of the book."

"May I see Howard's material?"

Sultan left the room and returned with a sheaf of manuscript.

I thumbed through it: neat, polished prose. In other words, nothing like John H's description.

"We've got to know whether or not you're in," said Sultan.  "By tomorrow.  Take the material, read it, let us know."


Back home, I touch-keyed John H’s direct line.  "I'm under pressure to make a decision," I said.  "They're convinced they can publish in the spring because they received a hundred pages of manuscript."

Next morning he phoned me back.  "This is the situation:  There's a Big Cheese who needs to make the final decision.  But he's out all this week.  So no decision till the Big Cheese returns on Monday.  But," John H added, "it's at the top of his pile.  You've got a lot of people behind you at Headquarters who want to do this."

I played for time with National Press.

John H phoned me the following Tuesday.  "There's been a non-decision," he said.

"Our people are putting a lot of pressure on the people dealing with the super-superiors," he continued.  "They promise a decision tomorrow."

Next day, no word from John H till late in the afternoon.  Then:  "I still don't have an answer.  It has to go to the Biggest Cheese."

"Jeez," I said, "I thought it already reached that cheese?"

Lucky?  I was beginning to think bad luck had gotten me into this fromagerie.

Quickly?  Bad guys may have less to worry about than they think.

"So when will it reach the Biggest Cheese?" I asked.

Which is exactly what I'd been telling National Press for five days straight:  Tomorrow.  I felt like the bologna between two pieces of stale rye.

"It had to get everybody's initials on it," said John H.  "And that's done.  This is a reputation-maker.  But now the Biggest Cheese has to decide.  He's the one who will have to face the cameras if things go wrong."

Bottom line:  The Division Chief, the Assistant Director for National Security, the Deputy Director—none of them had the cojones to take the buck.

National Press, although going up a wall, issued me a deadline five days hence.  After what I'd been going through on a daily basis, it felt like a vacation.

John H’s word:  "The Biggest Cheese has a few questions."

"Will it have to go beyond him?" I asked.

"No.  Now it's coming back down again, to get his questions answered.”

“What kind of questions?”

“Like, should we really be doing this kind of thing," he said.

Should we really be doing this kind of thing?

You mean, instead of the equal opportunity meetings we do so well?

After all, it wasn't my job to enforce the laws of the United States and catch spies.

I related this conversation to Clair George.

"Should we really be doing this kind of thing?" he echoed, incredulous. "Sounds like the Clinton Administration, all right.  It's over," he added.

Two days after National's deadline, John H phoned.  "Good news," he said.  "It looks like we're in business.  The confusion was sorted out and everybody agrees we should do this.  There's just one more meeting tomorrow."

"I'll be the guy who deals with you," said John H.

"So what happens," I said, "if we're into this and we have to move on something?  Are we going to have to wait three weeks for the Big Cheese Family to approve something?"

"Well, at some stage it may involve the State Department." 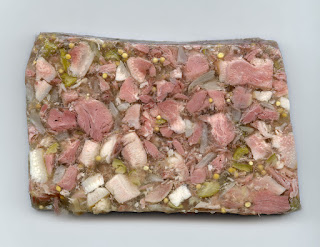 It wasn't funny any more; the L.Q. was way low on the yuk-o-meter.

Next day, Joseph and Sultan phoned, an onslaught of huffiness.

"It's very discouraging," he said.

"That's fine by me," said a dispirited John H.  "I'll call Headquarters and tell them if they don't have a yay or nay by four p.m. they no longer have to worry about making a yay."

Two p.m.  Nothing from John H.

At one minute to four my cell phone whistled.

"I guess it's over," said John H.  "The latest is, they have to show it to the number two man under [U.S. Attorney General] Janet Reno.  Probably..."

"I told them it didn't matter any more," added John H.

Clair George had called it right.

I faxed National Press a letter bowing out of their Ed Howard book.

Eight days later, an unexpected call from Alan Sultan.  "Any news your end?" he asked.

"Jeez," I said, "after my waffling the last few weeks, I didn't think you guys would even want to talk to me again."

"Nah, we're not like that," said Sultan.  "We're doing the book anyway.  If you want to participate, we're still interested.  It's perfect for you.  We've got a cover designed.  You want to see it?"

A minute later, the book cover mock-up arrived by fax.

Fate would not loosen its grip.

(A few days earlier, Clair filled me in on what had transpired at the highest level.  The FBI Director was gung-ho about my proposal but the Deputy Attorney General had given it to seven lawyers to study.)

Clair phoned me later that day:  "I talked to a guy named Tom Twetten" (then DDO, spymaster) "and Tom called the number two guy at the FBI to tell him CIA is strongly in favor of this operation."

Two days later Clair called me with an update:  "I just got a call from Ted Price, the DDO's deputy.  He wanted to get to the bottom of this.  So I filled him in, told him all about the bureaucratic foot-dragging.  He said, 'Jesus Christ, this is one of the most important things we could be doing!'  He's charging over to the Bureau this morning to raise a ruckus and try to get it back on track."

Very soon after, I received another call, this one from John H in Albuquerque.  "If you're still interested, it looks like we're getting somewhere," he said, a tad puzzled by such progress.  "I've been called to Washington.  And I have the power to get you started."


And that's how (thanks to Clair George) it became my job, on behalf of FBI foreign counterintelligence, to create a sting that would attempt to ensnare America's most wanted spy.

Once John H reached town, we agreed an hourly fee for my service.  He issued me a codename, and we created an additional alias specifically for communication purposes.

Only a handful of officials inside the Bureau with a need-to-know would be aware of my true identity.

Posted by Robert Eringer at 8:56 AM