Once CIA signed on, SIS—which considers itself CIA’s gatekeeper to Europe—strengthened its own ties with our fledgling service, not least because SIS identified another issue (beside oil embargo-busting) that overlapped with Monaco, namely, a retail tycoon whose wife had established residency in Monaco to exile the family money from UK taxes.

SIS suspected this individual, along with six other Monaco-based Brits, of insider trading and manipulating the UK stock market.

So SIS requested that we assist them and I agreed to broach this with the Prince for authorization, as their target was the Prince’s sometime tennis partner.

The Prince, without hesitation, authorized me to add this rather grotesque individual  to my target list and commence an investigation, both to assist SIS and to determine if the Prince should thereafter keep this generally obnoxious cretin at arm’s length.

The next step was for the Prince and me to meet in London with CIA and SIS (separately) during the Prince’s private visit to the British capital on June 17th and 18th—one full year since the Prince commissioned me to create his own intelligence service.

In a memo to the Prince, I wrote:

The purpose of these meetings is to develop a high level of trust and cooperation between the US/UK and the Prince personally.  In practical terms, this means that we may call upon the tremendous resources of CIA/SIS to assist us with our ongoing enquiries.  Conversely, CIA/SIS may call upon us to discreetly assist with their own operational concerns in Monaco, an overlapping of mutual interests.  Best of all, these meetings convey the Prince’s good faith for wishing to keep Monaco clean of money laundering and organized crime activity.


The Prince landed at Luton Airport late in the afternoon and jumped into action the moment he arrived at the London Hilton Hotel, where we met up.

First, a short drive  up Park Lane to the Marriott Park Hotel where two very large men from CIA awaited us in their Marble Arch Suite.

One of the two was European Division Chief Tyler Drumheller, who we had met four months earlier in Washington, D.C. 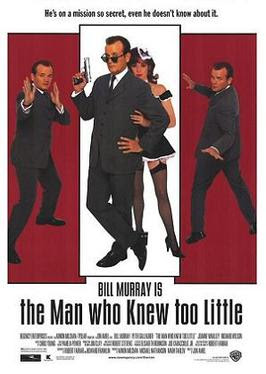 The other intelligence officer: Paris Station Chief Bill Murray (not the actor, too bad, would have made for a much higher L.Q.).

CIA had decided that all contact with our service would be channeled through Paris.

CIA’s initial playbook was basic, if doomed to failure:

Cut out the middleman and deal directly with the Prince.

This was not unexpected but in fact standard operating procedure, as our "chairman emeritus" Clair George predicted and then cautioned:

If you’re the middleman, watch for the cut.


We were ready and watching.

The Prince and I had our own plan:

I could thereby ensure that no service took advantage of their liaison partnership with us.

As stated in my memo to the Prince:

It is my role to manage these relationships; not only for maximum effectiveness, but also to ensure the Prince’s best interests are served.  As such, I become a liaison between parties—understood by all—with loyalty to my client, the Prince.


The dynamic duo from CIA wrote it up their own (self-indulgent) way, I soon learned.

They fancifully mischaracterized our meetings in Washington and London as their recruitment of Prince Albert.

"The crowning moment of my career," Tyler Drumheller was heard to crow around the corridors of Langley.

(I know this because, by now, I had sterling sources everywhere.)

To my mind, and Albert's, our relationship with CIA was purely liaison-plus, which is to say, a special liaison partnership with no strings attached.

Certainly, this was not a recruitment of the Prince, so much for ye truth setting anyone free (CIA's motto).

CIA, said the Paris Station Chief, had already notified the French internal security service (then, the DST) of their contact with the Prince; the French, he told us, had no objection to this arrangement. (France is pledged, by treaty, to defend Monaco, and they use it as an "offshore" haven for their own purposes.)

(I never asked the French intelligence services for permission to be Prince Albert's spymaster, though I would eventually seek their assistance, and receive it.)

In fact, Murray added, the French had been unusually cooperative of late, arresting terrorists and confiscating their money.

The focus of our relationship with CIA, its division and station chiefs determined, would be counter-terrorism, which was the only game being played by Western intelligence services in the years following 9/11, to the detriment of all else.

Posted by Robert Eringer at 9:23 AM