I met the Prince early the next morning (after our session at Bedlam Bar) to rendezvous with senior management from Her Majesty's Secret Intelligence Service (MI6), who’d booked suite 818 in the London Hilton on Park Lane for our meeting.

At my suggestion, Albert and I dressed casually, without ties, in keeping with the unofficial-ness of the occasion.

The SIS European Division Chief and Division Chief for Finance & Narcotics (a division later abolished) were dressed for business in suits and ties and their trademark French cuffs with links.

Together, they wasted no time trying to cut me out of what they hoped would be a direct relationship with the Prince.

It was actually a joy for me to watch them work.

Clair George, the former spymaster, had warned about this standard intelligence procedure.

But even our chairman emeritus would have been taken aback by their brazenness.

“Do you have a chief of staff we can call?” the Finance & Narcotics Chief asked the Prince, as if I were not even present.

“How about a secretary?”

“No.”  The Prince pointed at me.  “Do it through Eringer”

“What if there’s an urgent need to meet?” The European Chief pressed.

I felt like saying, It has taken a year for you chaps to reach this point after endless deliberations—and now you’re worried about emergencies?

But I just smiled.

I knew something they did not know:  They needed me.

I was the only person who could coordinate communication and action between parties because of the Prince’s busy travel schedule and erratic communication skills.

How could they know that Albert strove to be away from Monaco—and his domineering father—as much as possible? 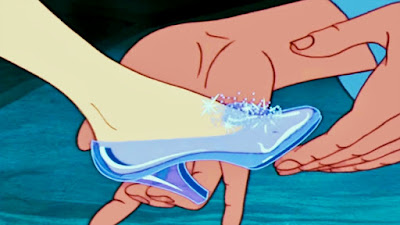 Or that half the time Albert's cell phone voicemail was completely clogged with lovesick messages from dozens of erotomanic women who all believed—each and every one—it was their destiny to be his princess?

“But you’re not in Monaco full-time,” said the Finance & Narcotics Chief, finally looking at me.

“I intend to attempt bi-location,” I said.

No smile, no acknowledgement at all.

But they finally gave up.


When I met with my SIS contact at the Bedlam Bar  in London two days later, he asked, “How did it go from your end?”

“The Prince and I had a good laugh,” I said.  “Your superiors still don’t get it.”

Posted by Robert Eringer at 8:24 AM