21. ANOTHER SPY BEYOND ALDRICH AMES 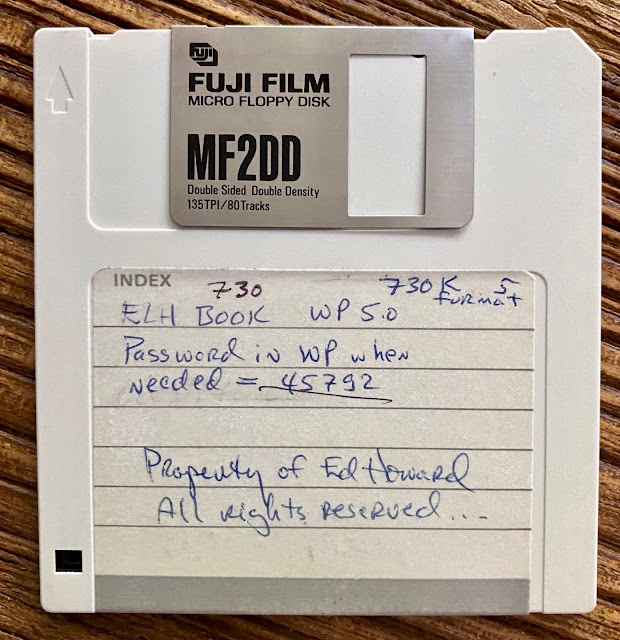 National Press Books gave me a desk at which I sifted through their Edward Howard publishing contract, perused a media correspondence file (letters from news organizations to Howard requesting an interview) and read his manuscript.

At noon, Sultan and I broke for lunch at Melio's in Spring Valley.

"Wouldn't it be great if Howard came back to the U.S.?" said Sultan.  "Think of the publicity!"

Sultan was now consumed with selling the book.  "I've got the sales director from our distributor coming to see us.  He's giving me a hard time, something about Cold War books being tough to sell these days.  But if we could get Howard to return..."

Soon after, on December 16th, I had my first encounter with Edward Lee Howard.

I keyed his Moscow telephone number and left a message on his answering machine.  An hour he returned my call.

We exchanged greetings; Howard sounded serious and sober.  I asked how much material he'd already written.

About a hundred pages.

How much more did he intend to write?"

"Hmmmm.  I guess I could write more,” said Howard.  “I wrote my story a couple of years ago.  A lot has happened since then."

He said he had imminent plans for a Christmas vacation in Siberia (his own code for Switzerland).  "I'll be back on the 27th.  That's when I intend to start writing."

"National Press wants to publish this book in May or June, which means we need a finished manuscript by early March.  Do you think you can do it?"

"The contract says March 15th," said Howard.  "I intend to comply with it."

"Don't worry about spelling or grammar," I said.  "Just let it roll, like you're at a bar telling your story over a couple of beers."

Howard chuckled.  He could relate to that; it probably made him thirsty.

Maybe future evidence against him.

I slipped the disk it into my laptop and read Howard's files, about 100 pages as promised.  It was rough, very rough.  Not what the proposal had promised.

Howard needed more than an editor.

He needed a ghostwriter.

Although they had a signed contract with Howard, the guys at National Press had thus far withheld his advance payment, not least because they had no cash flow.

Everybody was conning everybody else.

I shot Howard a fax:  Your material has big problems.  I'm planning to be in Monaco on business in February.  Can we meet? 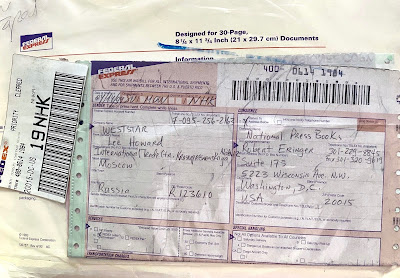 A Fed Ex envelope from Howard arrived one week later.  Inside, a letter with this message:  Howard would meet me in Zurich,


Switzerland,"13:00 hours," at the reception desk of Hotel Kindli, which, he instructed, we should refer to in all communications as "the kids place."

This greatly relieved Joseph and Sultan; promise of a face-to-face with Howard suggested progress, though they conceded his book would no longer be a spring title.

"And we're still hurting for finance," said Joseph.  "If we don't get any, we may have to kill the Howard book.  His literary agent is bugging us every day for the advance and we don't have it."

I phoned Howard.  "Big news, huh?"  I was referring to Aldrich Ames, a CIA official who had just been arrested for conspiracy to commit espionage.

"We still on for the kids place?"

"Four days after the date you suggested."


Next I phoned John H.  "You boys have been busy."

"We sure have," he said.  "Now that it [the Ames apprehension] is out the way, Headquarters can focus on our project."

John H was intrigued by Howard's shaken response to the Ames arrest. 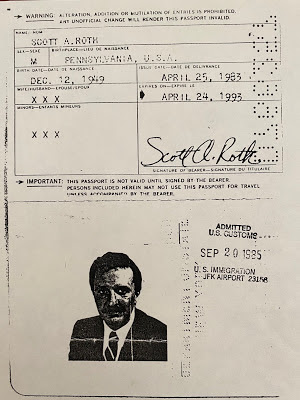 In his book proposal, Howard claimed that he had visited the United States with a phony U.S. passport under the name Scott Roth in 1986, a year after his defection to Moscow; that he had met in a Washington D.C. park with an authoritative American (as arranged by the KGB) who warned him about seeking out his wife, Mary, because she was cooperating with the FBI.

"Do you remember that guy The Author [Howard] wrote about?" asked John H.

"I remember it well."

John H’s implication:  The man Howard met on a park bench in Washington was Ames.

I telephoned Howard and discussed with him the inability of National Press to pay his advance at the present time, Howard's writing progress, our imminent rendezvous, and the American spy he had met during his clandestine trip to the USA in 1986.

ME:  Is it your belief that there's still somebody else [another spy beyond Ames]?"

EH:  No.  The man I met in the States is different.

This tipped me off, and by extension the FBI, to an extremely important truth:

Another American within the U.S. intelligence community was secretly operating as a mole for the Russians and quite likely passing them secrets.

Posted by Robert Eringer at 8:45 AM