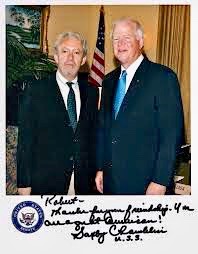 
Back in Washington, D.C., I telephoned the FBI’s counterintelligence bigwig Tim Bereznay to enquire about their progress with our MING dossier.

The investigation was underway, he told me, and being run out of their Los Angeles field office because MING, with his main home in Malibu, fell under LA’s jurisdiction.  Two LA-based Special Agents desired to speak with me, he added.

Meanwhile, CIA could not wait to try another cut around the back end.

Paris Station Chief Bill Murray phoned the Prince and managed to pin him down for a drink without me at the Marriot Hotel on Cap d’Ail’s port, across the street from Monaco.

Surprisingly, the Prince agreed, and when I called him on it, he blamed it on mistaken identity; he said he thought he’d agreed to meet a different Bill Murray.

Murray, of course, was just doing his job.  And the Prince, in their meeting, stuck to the protocol we had agreed.  So CIA finally accepted the dynamics under which we would proceed.

They asked if I would mind taking a polygraph test.

I told them I did not mind, in principle, but did not see why I should, as I was not applying for a job to work for the FBI.  Moreover, as a representative of the Prince, it would be unseemly for me to avail myself to such a procedure.

It soon became clear the FBI would engage in a relationship with us only if I submitted to a polygraph examination.

I attempted to point out we were providing them with intelligence, not the other way around.

“If you don’t trust the report without a polygraph, throw it away,” I told them.  “I’ve already done my job by giving it to you.”

What about future work with us for payment?

I told them I had no interest in such a proposition.  I already had enough to do.

As for payment, I had one boss, the Prince, and I did not want to play a double game or have any conflicts of interest.

In early August, I had a rather feisty phone call from CIA Station Chief Bill Murray in Paris.  He wanted to know what I knew about a U.S. Senator meeting the Prince.

I knew quite a lot, and told him so.

I had organized such a meeting with a U.S. Senator, and I certainly did not feel I needed CIA's permission to do it.

This was partly my way of demonstrating to CIA who was in charge of this relationship, while ensuring that we enjoyed congressional oversight so that the relationship would be understood for what it truly was:

Liaison-plus and not CIA’s "recruitment" of the Prince.

The U.S. Senator in question was Saxby Chambliss, a Republican from Georgia and ranking member of the Senate Select Committee on Intelligence.

I flew to Monaco and met with Bill Murray in the bar at Hotel Columbus, explained to him that Senator Chambliss wanted to be briefed and I was delighted to oblige.

The Prince had planned to meet Murray and me but got caught in heavy road traffic coming in from elsewhere (or so he said) and cancelled his own presence at the last minute.

Murray was disappointed, but he finally got the message (maybe):  all intelligence goes through me, period, stop pestering the Prince.

Murray provided me with a classified three-page report on Leonid Vladovich Slutsky, as we had requested.

Displeased with how the FBI was plodding on (or not) with our MING dossier, I gave Murray a copy to action if he wanted, to hell with the Bureau's systemic sluggishness, and I pointed out that MING was the crux of my briefing for Senator Chambliss.

And so on the morning of August 8th, I briefed Senator Chambliss on MING and our new relationship with CIA over breakfast in Hotel Columbus.

The Senator expressed deep concern, especially with regard to MING's self-proclaimed connection to PFIAB. 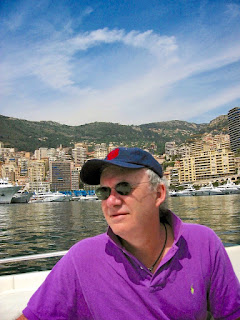 I took Senator Chambliss and his wife, Julianne, on a tour of the principality.

Following lunch at Stars & Bars, they were provided a private tour of the Palace, and an hour later I introduced Saxby and Julianne to the Prince for a photo op in his office, followed by a substantive 25 minute meeting with the Senator. 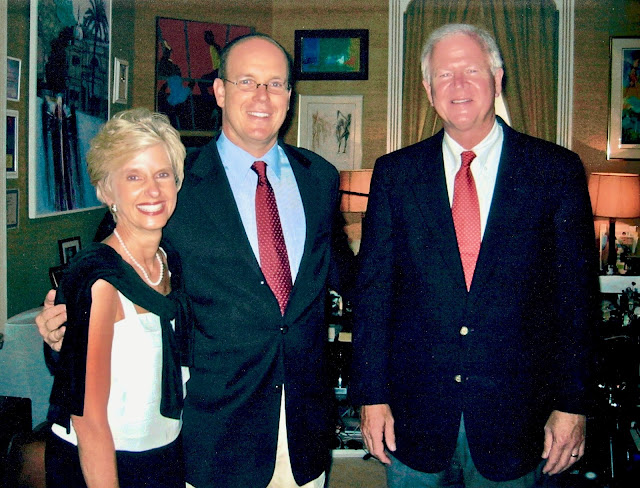 That evening I entertained Saxby and Julianne on the Prince’s behalf, first at the Vista Palace Hotel in nearby Rocquebrune for aperitifs while admiring a panoramic view from its picture windows, followed by a delightful and sumptuous dinner at Café de Paris in Monte Carlo.