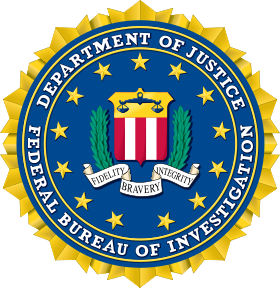 FBI Special Agent John H arrived in Washington from Albuquerque along with a thunderstorm of flashflood proportions. 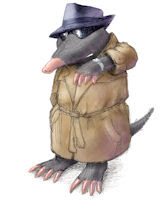 The hunt for a new mole inside the U.S. intelligence community was about to commence.

He greeted me at the door of room 922, Holiday Inn Chevy Chase and, as a heavy, relentless rain lashed the window beside our small table, we got down to business:

Some items pinpointed contradictions about what Howard had written compared to what he had told other people.

John H suggested I get Howard to trip up, further contradict himself, and thereby weaken his resistance to the truth by catching him in a web of lies.

Howard had proposed to write about the Black Box.  What other secret operations would he reveal?

Howard had written of traveling to Havana and giving Cuban intelligence officers insights into how CIA thinks and behaves.

The Cubans, wrote Howard, knew of a lesbian within CIA's ranks and wanted to compromise and blackmail her.

What had become of their operation to entrap this officer?

Howard had written about his chummy relationship with former KGB Chairman Vladimir Kryuchkov.

"If Ed had nothing to offer the Russians, as he claims, how come he was able to get so buddy-buddy with Kryuchkov?" posed John H.

Next item:  Howard wrote that the KGB had shown him photographs of suspected CIA personnel for identification.

"This itself would be considered espionage," said John H.  "Will he confirm that he positively identified these officers?"

Item five dealt with a CIA operative believed to have been compromised by Howard.  But Howard claimed that the Russians identified this officer "a year before my arrival."  How did Howard know that?

Next item:  Howard takes the view that he could never be convicted for espionage.  So why doesn't he return?

"The answer," said John H, "is because we can convict him.  We have enough testimony.  Ed knows this and he knows we know.  From your perspective, Ed's got to be more believable about why he chose to flee to Moscow if he hadn't done anything wrong."

Next item:  Howard's contradictions regarding Adolph Tolkachev, the Russian defense scientist arrested, tried and executed for espionage after Howard exposed him.

Next item:  Howard's failed polygraph.  "This is the pivotal point of his story," said John H.  "He should be prepared to tell all." 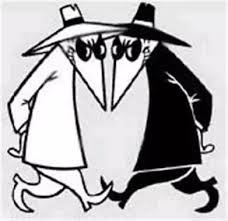 "You'd make a good editor," I said.  "I wonder what Howard would say if he knew you were shaping his book?"

(The irony of this unique situation was not lost on either of us.)

"The idea of running a train car full of computers and spy devices right through the heart of the USSR was something that the boys at Langley could not resist doing."

Is this for real?  Do you know more details?

"This is something that really happened," said John H.   "It's not so important now, but it was very important back then.  It's another example, we think, of something Howard gave away."

"After too much drink," said John H, "he gets weepy and admits he spied."

Next:  Howard depicted himself as a faithful married man.  But this was far from the truth.

"Would any of this be a problem for you to handle?" asked John H.

"You kidding?  I'm his editor, which makes me a notch higher than psychotherapist.  It's my job to play devil's advocate."

"Good," said John H.  "People at the top have confidence in your ability to pull this off."

He produced an envelope stuffed with hundred dollar bills, expense money for my trip.

"You're on your own in Zurich," he added. "Usually, CIA would watch the action, but we've told them to stay clear.  No notice will be given to the Swiss government.  You've got a clear playing field.  The downside, of course, is that there's no back-up, no one's there for you."


Bad news arrived next morning through a fax from Howard:

He would not be coming to "the kids place" (Zurich) after all.

The Russian Government, he said, had instructed him to freeze all foreign travel until after the trial of Aldrich Ames.

Howard requested that I come see him in Moscow instead.

This, of course, would require a whole new set of approvals from the Big Cheese Family.

Finally, the FBI was all gung-ho, and now he'd have to tell his fromagerie that our Swiss rendezvous was a no-go.


Joseph and Sultan at National Press were none too pleased either.  I visited their offices to commiserate with them.

"And we finally paid part of his advance," said Sultan.  "I bet the CIA would love to see this."  Sultan showed me the wiring instruction, which identified Howard's numbered Swiss account:

I had John H in Albuquerque on the horn 30 minutes later.

John H was gob-smacked, as they say in Britain. "Are you kidding me?"

Posted by Robert Eringer at 9:06 AM