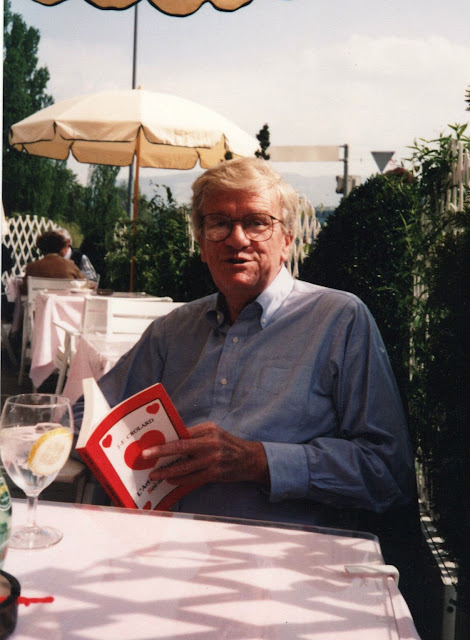 
The stars aligned for the former CIA spymaster and me to travel to Europe, our first trip as business partners, commencing January 9th, 1991.

The Gulf War was about to begin, and no one was going anywhere—except us.

A Fortune 500 company had retained our consulting enterprise to explore the possibility of creating a lottery in Monaco and was paying half our expenses while another client, Monac0-based Harry Schultz, was paying the other half.

It was actually the perfect time to travel; no problem with airline, hotel and restaurant reservations—we had Europe to ourselves.

Plus Clair felt as I:  celebrations begin after the Christmas and New Year holidays are over and life resumes some semblance of normality.  (When people moaned about the onset of winter, Clair, ever the optimist, corrected:  from the moment winter begins, each new day is a little lighter and longer.)

The journey began at National Airport with an American Airlines Eagle Express flight to New York’s JFK.  I grabbed a hot dog while Clair read Barbarians at the Gate.  He was always reading a book, often (at home) several at once.

I joked that the small turbo-prop, gated between large jets, was ours.  Turned out it was.

“It’s all right,” Clair consoled, Burberry trench coat neatly folded on the chair next to him.  “I’ve flown in every plane there is.  This is an all-weather plane.  Very safe.”

We boarded.  The engines revved loudly, propellers spun, and we took off.

As I sipped a gin and tonic and gazed out the window, a rainbow appeared above dense cloud.  A good omen.  I thought of Monaco, of dear friends I had not seen in many months; it left me feeling warm and tingly.

After flying in a prop plane, taking our seats in Pan American’s Airbus business class cabin felt like switching from a VW Beetle to a Mercedes.

A flight attendant handed us mimosas, and just before takeoff, Clair found a comfort zone in a whole row to himself. 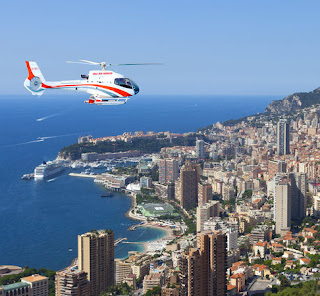 We caught the helicopter to Monaco, a seven-minute whirl across the French Riviera with astonishing views of Cap Ferrat, Beaulieu, Eze, and finally, Monte Carlo.

Back then I still kept an apartment in Monaco, in Shangri-La, a building overlooking Port Hercules.

Clair took in the panoramic view from my third-floor balcony, amazed that I had this window on the Med, the port, the mountains—and Italy in the distance.

Downstairs at Café Dauphin Verte, in the Condamine neighborhood of Monaco, we drank cappuccino at an open-air table, sun shining brightly in a light blue sky, 60-degrees Fahrenheit.


Clair perused an International Herald Tribune, sipped cappuccino and leaned back in his chair.

“I could sit here all day and not feel guilty,” he said.  “In Bethesda, I wake up and look for things to do—the American work ethic, you have to do something.  But here it feels the most natural thing just to sit in a café, read, and do nothing.”

We did nothing for about an hour.

Then we manifested our good selves at the Monaco Yacht Club.

One day, we’re freezing out butts off, slushing around in icebox weather; the next, luxuriating in warm sunshine, a tranquil sea, an elegant yacht club—and lunch with a real prince.

We sat down to break bread with my friend Mike Powers, an American resident of Monaco, and his good buddy, the Hereditary Prince Albert.

I'd met Albert in passing a few times when I lived in Monaco 1988-90, but this was our first real sit-down. 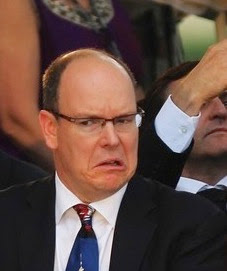 The prince was shy, not knowing where to fix his eyes or what to say, relying on Powers to keep conversation alive.

Soon I’m sipping kir (white wine and cassis), ordering sea bass and thinking to myself, I’m having lunch with a prince and a former spymaster in the yacht club of one of the world’s glamor spots—is this for real?

Albert didn’t sound optimistic about creating a Monaco lottery, but didn’t shoot it down either.  Others had tried, he said, but had not succeeded, partly because his principality desired to steer away from its gambling image.

“Lottery isn’t gambling,” I said, repeating a quote from our client.  “Lottery is the imagination business. People who buy tickets imagine what they would do if they won a million dollars.  They fantasize about having lunch at a yacht club on the French Riviera with a prince.”

In truth, lottery is a tax on people who don’t know arithmetic.

Clair and I spent the next couple days goofing off.

And goof off we did, floating around Monaco’s finest dining establishments while awaiting a summons from the reclusive Harry Schultz.