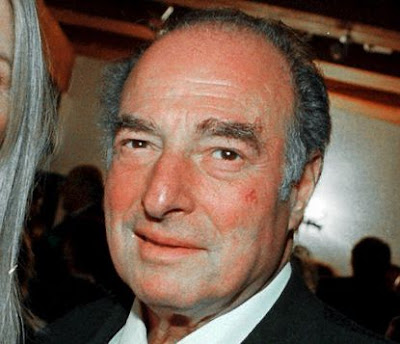 
So how was it that Clair George and I were about to drop in on U.S. fugitive Marc Rich at his lair in Switzerland, to which he had fled seven years earlier after being indicted on 65 counts of tax evasion, wire fraud and racketeering?

A few months earlier, I took a look at Rich and determined that he personified our ideal high-L.Q. client.

Rich did not want to be wanted by the U.S. Government.  Aside from running the risk of being captured, it hampered his travel schedule and cramped his lifestyle.

I thought, maybe, we could help him make a deal with the right folks in DC.

And I thought Rich would want that too, because the main purpose of money is to set you free, not imprison you.

As we understood it, Rich had the run of Switzerland and Spain, and could only pray his private jet did not run into engine trouble in between.

Back when Clair was Deputy Director of Operations for CIA he worked closely with Howard Safir, Director of the U.S. Marshal Service, to determine how they might legally pluck Rich from an international corridor (a gray zone in an airport), an operation that precludes having to go through an extradition process, so long as the host country gives permission.


(This was the same Curved Frisbee Doctrine that had been applied to CIA renegade Edwin Wilson in the Dominican Republic and which the FBI would try to apply to Edward Lee Howard.)

Clair and Safir had so thoroughly bugged Rich—presumably through NSA intercepts—that they knew his precise whereabouts at any given moment.

But Rich, cagey and ever security-conscious (and protected by ex-Mossad bodyguards) always managed to outfox them.

At my urging, Clair had telephoned Safir for advice on how to contact Rich.

Tilt!  (As Harry Schultz would say.)

Surprise, surprise—Safir was already on retainer to a Washington D.C. law firm in the private sector, trying to arrange a deal that would allow Rich to return to the U.S. without serving jail time.

This was my first brush with Washington’s Revolving Door Syndrome:

Persons whose job it once was, as senior government officials, to put criminals behind bars, now, in private practice, hired themselves out to the same criminals to help them remain free.

Clearly, Safir had no reason to assist us.

So after reading a biography of Rich entitled Metal Men, and learning that the only thing Rich respected was balls, which he called “tomatoes,” I wrote him a ballsy letter with tomato sauce:

Wealth is supposed to set one free.  That should be its fundamental purpose: unload burdens, not create them.  But in so many instances, it does the exact opposite, though I don’t suppose you need a lesson in this.

I went on to suggest his lawyers had no real incentive to resolve his problems because doing so “would be like killing the goose that laid the golden egg.”

One month later, to the day, I received a telephone call:

“Hi, my name is Bob F.  I’m a lawyer in New York and I represent Marc Rich.  You wrote a letter to Marc?”

“He asked me to meet you.  I expect to be in Washington next week.  Would it be convenient to meet on Wednesday morning?”

“You’re pulling my leg.” He did not believe me.

I assured him I wasn’t.

“Never in a million years did I think you’d get a reply to that letter,” said Clair.

Bob F phoned Tuesday to say he would not overnight in Washington after all; could we do a quick meeting at National Airport?

Clair, I fast discovered, disliked any kind of airport rendezvous.

“Tell him airports are a pain in the ass,” he instructed.  “I don’t want to talk to him while he’s checking in bags and looking at his watch.  Say we’ll take a pass and come see him at his office in Manhattan.”

(Clair was a great believer in visiting people where they worked.  He told me he was able to learn a lot about a person that way.)

Bob F phoned on the day to say he’d finished other meetings earlier than expected.

Clair, meantime, was "floating around" downtown with no way to reach him.  I left a message on his home phone machine; he called me back within minutes and suggested we meet Bob F at the Four Seasons Hotel in Georgetown.  He promised to be there as near to 4 p.m. as possible.

I arrived at 3:50, abiding by Clair’s rule of always arriving early to scope out the scene.

Clair was already floating around the place.  We sat in the lounge and ordered a pot of Earl Grey tea. 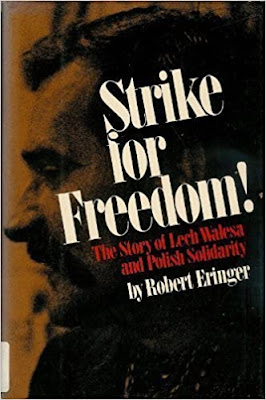 He recognized me immediately, explaining he had acquired a copy of my 1982 book, Strike for Freedom!  The Story of Lech Walesa and Polish Solidarity.

Bob F smiled behind a straight face.  He had just been to Annapolis on a deposition regarding a special kind of screw used by the Pentagon.  Clair countered with a quaint story about spark plugs.

Then Bob F got down to business.  “You wrote to Marc, my client.”

“I have a copy of your letter,” said Bob F.  “Aside from the fact that you pointed out lawyers are leeches, you seemed to indicate that you might be able to help my client.”

He smirked and winked, as if to say, Now we’re gonna find out what makes you guys so damn smart.

Clair seemed to enjoy my predicament on the hot seat.

“Robert?”  He gestured at me with his both arms.  (Clair always talked with his arms and hands.)

I squirmed.  Perhaps my letter was a little too ballsy.

“Clair, I defer to you,” I gestured back, adopting the mannerisms of my esteemed mentor.

Clair launched into a spiel, throwing his arms generously through the air as if conducting a symphony of secrets.

Eloquently, with a conspirator’s hush, he described the kinds of things we already did for clients, and how, generally, we might be of assistance to Marc Rich.

“We’re not lawyers,” Clair said more than once, meaning that we were not constrained by bar rules.

But Bob F was interested in specifics.  “You must have something in mind?”

“No, really nothing,” said Clair, honestly.  “We ‘re just a couple of guys with good intentions and good contacts.”

Bob F listened patiently, nodded, and said,  “You’re being extremely vague, which is what I’d expect.”

Clair and I looked at one another and shrugged.

Then I reiterated in my own words what Clair had just said, saying, essentially, that we were different from the A-1 detective agency because we were creative.

“I have a problem,” he said, “and I guess I’ll be up front about it.  Your letter seemed to indicate that you could be of specific help because of something that’s happening.  I’m not hearing that from you.”

Clair and I looked at one another and shrugged again.

“Look,” Bob F continued, not buying such glibness.  “You must have had something in mind when you wrote this letter.”

I shrugged a third time. 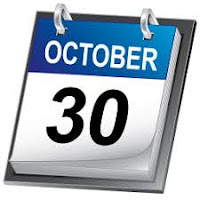 “But the date on this letter.  October 30th.   Something must have prompted you to write a letter on this date.”

We both looked at Bob, somewhat amused, because that date meant nothing to either of us.

“Tell me what it is you know,” Bob demanded in minor exasperation.  “What is it that caused you to write Marc a letter on October 30th?”

Clair threw his arms around.  “We don’t know anything.”

I looked Bob F directly in the eye and gave him a knowing smile.  Not that I had any idea what he was talking about, but, at this point, I was enjoying myself.  The date I wrote the letter seemed extremely significant to him, but truly meant zilch to me.

Bob F finally concluded that even if we knew what he thought we knew, which we didn’t, we weren’t going to admit it.

“Help me here,” he said, practically begging to know what he thought we knew.  “The boss is going to ask me questions about this meeting.  And I don’t have any specific answers.”

Somewhat bewildered, Bob F excused himself and departed for the airport.

Equally bewildered, Clair and I saw him out the door and returned to our table.

“Well,” said Clair, “that was worth the price of a pot of tea.  What happened on October 30th?”

Clair pulled a KLM airline ticket from the pocket of his raincoat. “I’m flying to Amsterdam tomorrow," he said. "I’ve got to meet someone about exfiltrating some people out of Kuwait.”