As dawn cracked in London, Clair and I boarded Swissair at Heathrow and flew off to Zurich.

A woman greeting passengers held up a sign that said Mr. Rich.

“Could that be for us?” I asked Clair.

He sauntered over to her.  “For whom are you waiting?”

“Somebody named Nixon,” she replied. 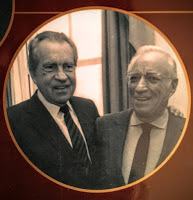 (We later discovered Nixon was code for none other than Leonard Garment, one of President Richard Nixon’s Watergate lawyers, on retainer, we would soon learn, to Marc Rich.)

We should have said, “Yes, that’s us,” and stolen Garment's ride, but instead we grabbed our own taxi, which drove us into misty mountains—colder and damper than London, and far from the sun and tranquility of the French Riviera.  It took 45 minutes to reach Zug, which seemed non-descript, sad and lonely.

Said Clair:  “You couldn’t pay me enough to live here.”

Zug was home to Marc Rich, fugitive billionaire, protected by the Swiss for his local philanthropy, but monitored and tracked by U.S. Marshals who wanted to cuff his wrists and manacle his ankles and place him inside a penal colony. 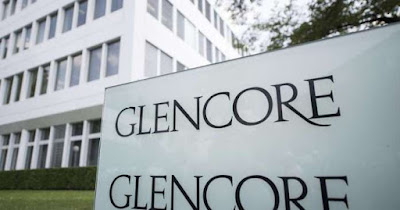 The Rich building, headquarters for his company, Glencore, was six stories of concrete and bulletproof glass.


We strolled in and announced ourselves.  The receptionist cheerfully sat us next to a row of potted plants, which I pointed out to Clair.

“If I were Marc Rich," I whispered, "I’d bug the area where my visitors wait and listen in to their strategizing.”

Bob F approached, accompanied by another Bob, also a lawyer.

“We’re taking you out to lunch,” said the Bobsy twins.

We walked six blocks in clammy greyness to a bustling pizza joint, where the two Bobs chatted about what a fine case they’d drafted for their client.

“Marc didn’t really do anything wrong,” said Bob II.  “Marc thought he had done something wrong, but after a lawyer spent two years reading all the accumulated legal work, it was discovered Marc had done nothing more than steal his own money.  Hardly a crime,” he added.

“Marc is perceived as a tax evader, and, as such, the Department of Justice has it in for him.  You see, Marc admitted to a felony he never committed, and if prosecutors will not be open-minded about this, Marc would just as soon stay in Switzerland.  He loves it here.”

We did not see much to love about Zug, especially on this dark, dank day.

The folks plugging this story missed something:  Rich, a high-end commodities broker, was a born deal-maker, and for seven years he’d been trying to deal himself out of exile, with a justified fear of U.S. Marshals.

Back at Rich headquarters, we passed through elaborate security hurdles, into an elevator and up to the sixth floor executive suite—the inner sanctum of Marc Rich, almost-billionaire, fugitive.

Clair George relished every second of it.

The Bobsy twins hustled us into the conference room, overlooking Zug’s train station.

One Bob switched the TV to CNN—everybody anticipating war to break out any moment—and awaited Marc Rich to appear.

The other Bob decided to start without his client.

“Mark has a lot to offer the U.S. government," he began. "As head of all his far-flung trading companies, he comes into a good deal of information that would be of interest, Clair, to your former employer.”

Clair was nonplussed.  He’d heard it all before, countless times, from persons offering their service, usually unsolicited.

“What’s he got to offer?” asked Clair.

“Plenty,” replied Bob II.  “And it’s not as if we are looking to make a deal.  We’re just maybe suggesting that our client knows a lot that would be of interest to your former employer.  And maybe, if he was willing to offer information, maybe someone could suggest to the Justice Department that he be given a fair shake.  We’re not suggesting that he be let off, just that we create the climate for a fair hearing.”

“There’s a guy I could go to,” said Clair.  “The head of Domestic Contacts—that’s the division that does this kind of thing—but the first thing he’d ask me is, what have you got?”

“Fine,” said Clair.  “But you’re going to have to show me yours before I show you mine.  That’s the way it works.”

That’s when Marc Rich strode in, busy and brusque.  He gave Clair and me a long, hard look, shook our hands and seated himself at the end of the conference table.

He held a big cigar and asked if anyone objected to his smoking it.

“So what do you have in mind?”  Marc looked at Clair, then me, unsmiling with an expression that said, Okay, you got this far, what the hell do you want?

“Well,” said Clair, slightly intimidated, “we’re aware that you have serious problems with the U.S. government, and we’ve started this little problem-solving consultancy, and with our contacts and experiences—we come from different backgrounds—we thought we might we able to help you.”

“You wrote me a letter,”’ shot Marc, abruptly.  “You must have had something in mind.  An idea?”

“To be completely honest,” said Clair, “we don’t have an idea at this stage.  Our letter was meant to get us this far, into your office.”

We were, indeed—and beginning to wonder why we came.

Bob II helpfully interjected:  “We were talking about a scenario whereby we might be willing to share information we have with Clair’s former employer.”

“And I was saying,” said Clair, “that I have to know what kind of information you’re talking about.  A lot would depend on that.”

A functionary rushed in and whispered into Marc’s ear.  He spoke to the young man in Spanish, as if to rebuff the call, but then thought better of it, rose from his chair and said he would return in a few minutes.  He paused at the door and turned to say, “Let them come to me if they want to make a deal.”

“They should come to me,” repeated Rich, before scooting out.

A moment of silence ensued.

The Bobsy twins seemed less uptight, more comfortable, with their client out the room.  They continued their banter about a fair exchange, information not for leniency, they stressed, but for a fair shake.

Marc strode back in, retook his seat and asked his secretary to bring him a beer.

I felt like saying, may I have one, too?

Then Marc looked at Clair with hard eyes.  “What can you tell me about the U.S. Marshal Service?”

“All I can say,” replied Clair, “is that when I was in my last job, they came to me and said they wanted our help to catch you.”

Marc’s reaction was probably indiscernible to the average observer, but I thought I detected a slight draining of blood from his face and a faster pulse.

“It really wasn’t our thing, but we humored them along.”

“Did they say anything about where they hoped to catch me?”

“No,” said Clair.  He was lying.  He wasn’t about to give away secrets, under any circumstances.

I piped up.  “What we have here is an image problem,” I said.  “Maybe what you need is a biography of yourself by a credible writer that will tell the truth, as you see it.”

“We’ve thought about that,” said Marc.  “A lot of good writers have asked.  But we long ago decided a no-publicity policy would suit us best, and we see no reason because it has been a success.”

A success?  Are you nuts?  You’re still stuck in this place surrounded by misty mountains!

I refrained from saying this.

Marc warmed a tad, not much, but a tad, during our 45 minutes together.  He graciously left the door open, saying, before he departed, “Let us know if you think of anything.”

The Bobsy twins were gracious, too.  They escorted us down and arranged for the receptionist to call us a taxi.

Outside, Clair took a breath of clammy air and shook his head.  “Well,” he said.  “That was interesting.”

A Mercedes pulled up.

“I don’t suppose we should talk about it in the taxi,” said I.

The driver pretended not to speak English. But he definitely could not interpret total silence.

At ride’s end, we offered to pay the hundred-buck fare, but the driver pushed it away, compliments of Mr. Rich.

Inside the airline terminal, we purchased two sets of Swiss paring knives.

Two minutes later, passing through security, the guards scrutinized them.

“Why,” I asked, “do you have a knife shop fifty yards from here if they worry you?”

They did not get it.

Back at the Cavendish Hotel in London, I fell into the first decent sleep I’d had since arriving in Europe one week before.

A ringing phone awakened me.

From beneath bedcovers I watched bombs explode and anti-aircraft fire shoot into the night sky over Baghdad, reported by panic-stricken correspondents.

The Gulf War had begun.  After a six-month build-up and six-day wind-up, it felt as if a world war had just ignited. 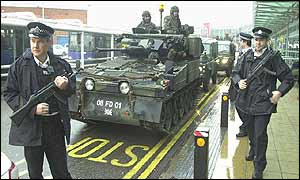 At Heathrow Airport next morning, soldiers dressed in fatigues patrolled with machine guns, the departure lounge abuzz with TV news reporting the latest from Kuwait and Iraq.

And then we launched westward across the Atlantic, a Bloody Mary each, joking about Harry Schultz and Marc Rich.

By the time we landed at Dulles Airport, we felt as if we’d experienced a surreal dream.

“Don’t bother telling anyone about it,” said Clair.  “No one would believe you anyway."

My buddy Winston, who had joined our team on The Circus project, greeted us at Dulles.  He’d brought two kinds of cold beer, soft drinks, bags of corn chips, and five different newspapers for the ride home, doing his best to impress the spymaster.

Clair, I soon discovered, did not like surprises like this.  His mood worsened when Winston, who was nervous, took a wrong turn and had to drive all the way back to Dulles before steering us back on track—about twelve miles.

Clair grew even more testy as the ride progressed—a surly side I had not before witnessed. And when Winston tried to apologize upon reaching the spymaster’s house, Clair snarled, “Next time stay home, we’ll take a taxi.”

Keep ‘em laughing half the time, scared of you the other half.

Clair practiced what he preached.

But as I got to know him better, he was more funny than scary. 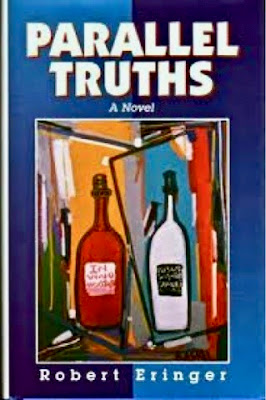 A few years later I penned a novel about renditioning a fugitive named Markham Fitch.

Meet Jay Sandak, a maverick private spy with a penchant for the good life. In this debut novel, Sandak accepts an assignment from his former employer, the CIA. Operating out of Monaco, Sandak becomes embroiled in an “extraordinary rendition,” intelligence jargon for kidnap and repatriation. The target is Markham Fitch, a secretive billionaire who fled the United States for sanctuary in Switzerland years earlier. Fitch leads Sandak to a strange German baron, a peddler of nuclear metals stolen from Russia, who believes his genius will bring about a New Age renaissance. Sandak enters a gray zone of rival U.S. government agencies, supervised by risk-hating bureaucrats like Pikestaff, the spluttering operations chief at the CIA. He struggles to complete his ever-evolving mission, always one cocktail ahead of latigue (a combination of jet-lag and fatigue) as he yo-yos the Atlantic. Back in his favorite Monaco bar, Sandak plans the final phase of this intricate operation, certain he wasn’t paid nearly enough for his audacity.

Posted by Robert Eringer at 8:40 AM