Ten days after our spook writer, Richard N.  Cote, departed for Moscow, he traveled back through the looking glass, arriving at my house in Bethesda at 5:33 p.m. blasted and spacey from jet lag.

Understandable, as he had just flown, economy, four hours from Moscow to Paris, eight hours from Paris to Washington, and had all but lost his voice to laryngitis.  He begged for a glass of milk and we sat in my sunroom.

An awestruck Cote was in his glory, if out of his depth.

"I just had the most exhilarating ten days of my life!" he erupted.

The British traitor/Russian spy Blake wanted Cote's help to write his own book (a sequel to an earlier memoir), so the Dickster intended to get back to Russia on his own nickel as soon as humanly possible. (He never did.)

"Moscow has no logic,"  Cote rasped.  "At least not our logic.  It has a logic all its own.  You're not in control in Moscow.  Moscow is in control of you.  Everywhere you go, the answer is no.  I call them nyet-nyuks."

Cote rubbed his Adam’s apple and asked for another glass of milk.

"I asked Howard the entire laundry list of questions the FBI and CIA would dearly like to ask him, if only they could,” he said, not realizing that they did, and pretty soon they'd have their answers.  “I'll send you 50 pages of interview transcripts.”

So rather than talk substance, we'd talk color and gossip, and do this over pizza and white wine at nearby Melio's in Spring Valley Center.


"Howard has a 1700 square-foot apartment in the second nicest neighborhood in Moscow," whispered Cote.  "He was able to buy it, but he doesn't live there.  He uses it to overnight in town and put up business associates."

This was where The Dickster had lodged.

"His apartment is on the second floor," Cote continued.  "This was convenient because the elevator was broken the whole time.  Two bedrooms, one has twin beds.  The other is fitted as a home-office with computer and laser printer."

I asked Cote if he thought he'd been watched.

"Not for one minute."

But what about Ed's security contingent?  (Howard had written of a 24-hour, 16-bodyguard arrangement.)

The Dickster shook his head.  "It doesn't exist.  I asked him about it.  He said, 'Sometimes I have a tail, maybe two, if they're training somebody new.'"

"Did he drink any booze?"

"Did you go out to bars with him?"

"Yep."  Cote nodded.  "He drank soft drinks.  Oh, you'll like this:  Every head bartender in every bar in Moscow is a KGB agent.  Anyway, Ed just doesn't drink.  The Russian police can stop motorists for any reason.  They don't need reasonable cause.  And they come down heavy on drunk drivers.  Ed says it's not worth chancing it.  He wants to be a good Russian."

"What do you mean, a good Russian?"

"Ed doesn't consider himself an American expatriate any more," said Cote.  "He has Russian citizenship and he considers himself Russian.  That's his self-image.  He's in Russia for good and he's going to live a Russian life.  None of his friends are American..."

"Who are his friends?"


"Ed has very few friends," replied Cote. "Igor Batamirov, a KGB colonel I met, is probably his best friend.  And George Blake.  I loved Blake.  He's like a big teddy bear.  I wanted to put him in my suitcase and bring him back with me.  And, yeah, he's a good friend to Ed."

"Yes," replied Cote.  "He has a few.  Ed has an interesting perspective on this.  He says his wife knows that he's screwed around, that he has girlfriends.  But as long as it's vague, it's cool.  He doesn't want to get into specifics in his book because then it would be un-cool.  But, boy, his first three years in Moscow were wild.  All he did was drink and screw every woman he could get his hands on.  Igor vouched for this.  But that's over.  Ed's settled down.  He's really a quiet country boy at heart."

"What about a sense of humor?" I asked.

"Ed doesn't have a well-developed sense of humor," said Cote.  "If you try to be funny, he misses it nine times out of ten."

The Dickster reached into his sport-coat and extracted a pack of color photographs.  “Ed took me to places where tourists never travel. 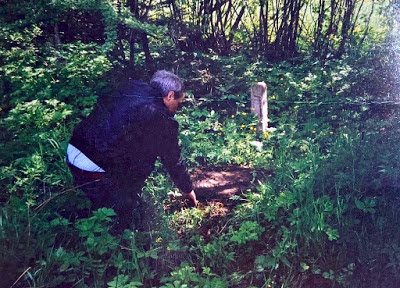 Cote showed me a shot of Howard kneeling over a manhole cover.  "That's it, the manhole cover, a quarter of a billion bucks!" 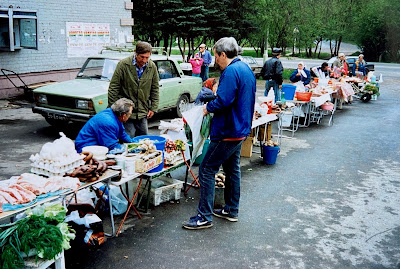 I flipped through the deck:

Howard hunched over a laptop in his dacha.


None of the photos showed Howard full-face, but he was clean-shaven; gone, the mousy mustache, and his hair was turning gray.

"Ed didn't want any full-face shots," explained Cote  "He doesn't want the FBI to have an up-to-date picture of him."

"What makes Ed think the FBI would see your photos?"

"You kidding?  Ed was convinced they'd meet me at the gate at Dulles Airport and confiscate my tapes and photos."

"Yeah.  He's really pissed at the FBI.  Now, this is in confidence, not for the book, not for the guys at National Press, but just for you:  Ed told me that his assistant, Larissa, came to the U.S. to visit relatives.  She was intercepted by the FBI and forced to give testimony before a grand jury.  She was upset.  Ed was livid.  He's had it with the FBI.

"As for Joel Joseph's suggestion about making a deal?  Ed says no deal-making.  He says no truce with the FBI, no compromises.  His attitude is, you won't leave me alone, so f--- you, you want to play games? I'll reveal everything I know."

I perused Cote's other photos:

1) The Dickster with Colonel Igor Batamirov, a senior KGB officer whom the powers-that-be in Moscow had wheeled out for his first-ever interview with a Western writer.  (When Howard first arrived in Moscow, it was Batamirov who met him at the airport.)

2) The Dickster with George Blake.

"George didn't really want a photo taken of him," said Cote.  "Nobody knows what he looks like any more.  I assured him it won't be used in the book."

This much was obvious:

The Russians had put on a good show for The Dickster.  They were very much behind Howard's book.

"Tell me something," I prodded, mindful that Special Agent John H would fly in from Albuquerque next day to be briefed by me on Cote’s trip.

"Okay."  Cote sipped water.  "I put to Ed the Yurchenko theory, that Yurchenko was KGB stage-managed to take the heat off Ames at Ed's expense.  Ed doesn't buy that.  He believes Yurchenko was genuine and knew that Howard was on a KGB target list because they knew he was unhappy and ripe for an approach.

"So Yurchenko gave his debriefers hints about whom the KGB might target, the FBI ran with that, pinpointing Howard, and they assumed the worst because they knew the KGB had been getting secrets from someone, from Ames.

"Ed says the FBI are gradually discovering that things they thought the KGB had gotten from him had really come from Ames."

"Do you believe him?" I asked.

"Look, I was in the Air Force," said Cote.  "I had a minor clearance.  And I was taught, if something is stamped secret, it's secret.  It doesn't matter if the Russians already know about it.  It's illegal to tell anyone.  Period.  Clearly, Ed has done this.  It's obvious to me he has given secrets to the Russians."

(The Dickster, essentially, just declared himself a potential witness in court against Ed Howard.) 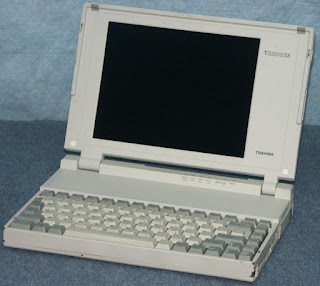 (Perhaps the KGB was hoping to take the heat off Aldrich Ames by creating a distraction that would leave Howard to blame for secrets Ames had betrayed.)

The Dickster was spent.  By now, he'd been traveling for almost 24-hours.

Just past 8 p.m. he set off again, bound for another flight followed by a long-sleep in Charleston, South Carolina, from whence he came.