"Of course not.  Because I brought an umbrella this time!  I'm at the Holiday Inn Bethesda, couldn't get into Chevy Chase."

"Let's have dinner at Houston's.  It's walking distance from your hotel."

John H and I greeted each other and nailed a booth.

"Let's start like this," I said.  "If we didn't know each other, would you be aware that my ghostwriter just spent a week in Moscow with Ed Howard?"

John H shook his head.  "We'd have no way of knowing."

"The reason I ask is, Howard was convinced The Dickster would be met at Dulles by G-men.  So I'm wondering if you should contact Cote lest Howard think something was amiss because The Dickster was not met.  But only," I added, "if it would have been your natural inclination to do this."

"Okay.  I just wanted to be sure of our moves.  Howard is really pissed off at you guys."

"Yeah, that thing you did to Larissa?  Howard says no more mister nice guy."

"Howard says he's never coming back.  No deals, no compromises.  He thinks of himself as Russian."

Over prime rib, I ran through my notes.

The photographs, especially, riveted his attention:  Howard and the manhole cover; Batamirov, Blake. 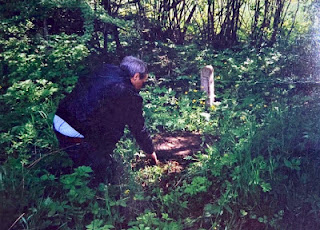 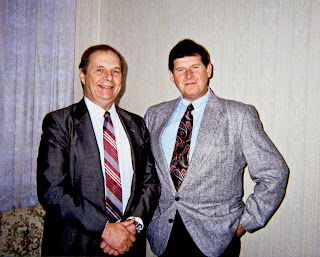 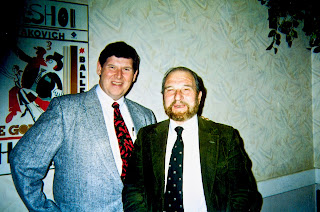 To a counterintelligence officer, it was a treasure trove.

"It will be," he replied.  "On Friday morning we have a meeting downtown.  The four of us, plus about ten others, including the Assistant FBI Director for National Security and the Deputy Attorney General."


I presented myself at John H’s room, 1406, at 9:30 next morning.  Bob G arrived a few minutes later in blue slacks and a short-sleeve madras shirt.

I retold The Dickster's tale and did a show-and-tell with his photographs, including some photos Howard had Fedexed me a few weeks earlier. 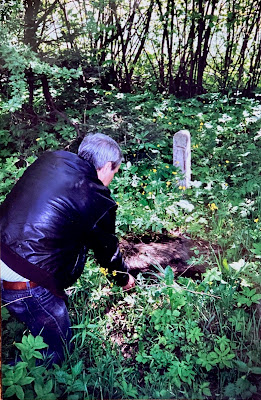 Bob G said he had loved the idea of inserting a ghostwriter into the process:

Cote would make a great witness, he said, not least because he had been unwitting to what was really going on.


"That was pretty good," said Bob G.  "You've put this writer in front of you as a shield."

The three of us met Jim S at O'Donnell's, a Bethesda seafood restaurant.

Jim S had learned his lesson about meetings with me, had packed a pair of blue jeans, which he wore with a dark knit shirt, Timberland deck shoes, no socks.

"I have a question," I said, looking over my menu.  "If I hadn't showed up with Howard's book proposal nine months ago, would you still not know about it?"

"You mean not one person has called the FBI in all these months?"

By this time, Safe House by Edward Lee Howard had been featured as a forthcoming title in a catalog produced by National Book Network, the distributors for National Press, and had been sent to thousands of booksellers, libraries and media organizations around the country.

"People assume we know everything," said Bob G.  "If only they knew the truth.  We're too busy having meetings, fighting political battles."


John H phoned me at three o'clock the next day when the big pow-wow at Headquarters concluded.

Bottom-line:  The Big Cheese Family green-lighted our proposal for me to travel to Russia and meet Edward Lee Howard.