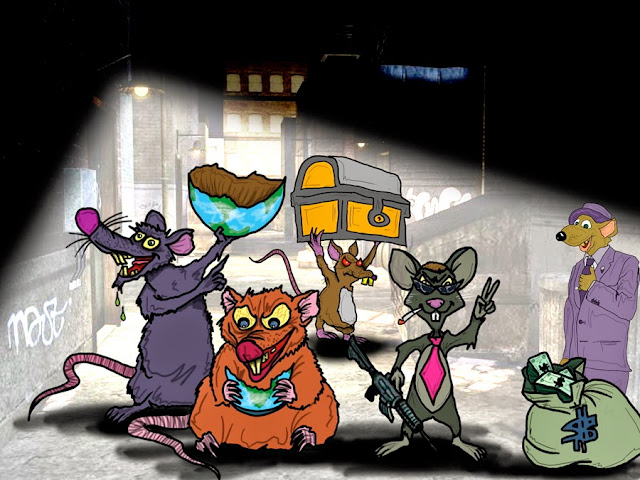 Our attention turned to a power-struggle within Monaco’s government:

Conseil Nationale President Stephane Valeri and Franck Biancheri, the finance minister, had been digging dirt on one another for some time as natural competitors for power and influence within the principality.


Both were corrupt; each possessed muck on the other.

This, in a country where systemic corruption was rife among government officials due to Masonic connections and a general acceptance of bribery and kickbacks as rote procedure and a way of life.


Valeri was first to sling a handful of dirt after Biancheri ignored a proposal from a group Valeri backed that desired to invest $50 million in ASM, Monaco’s football team.

It was not our brief to focus on internal politics and corruption, but as the Prince’s eyes and ears we could, in passing, watch, listen, collect, validate—and report.

After all, these were the scoundrels Albert would have to contend with, and presumably rein in, after his ascension to the throne.

In addition to muddying Biancheri's name, Valeri was trying to create a backchannel to the Prince through one of Albert's friends, thereby circumventing normal protocol.

Mindful of Valeri’s alleged illicit relationship with a Russian tycoon named Alexey Fedorichev this, for us, became a counterintelligence issue.

With further regard to counterintelligence, FBI Special Agent Teniko W telephoned me in an excited state to announce that she’d found a document connecting MING to Pastor International.

This was 14 months after I provided the Bureau with our dossier.

Had they asked me back then, I could have provided an officially stamped document from Monaco’s economic registry linking the two.

Or they could have consulted the Internet.

Next:  Bruno Philipponnat, the Prince’s senior aide-de-camp, and his relationships and possible business dealings with the Prince’s personal friends.

It was pointed out to us by one of our spies—and by now we had a number of such assets reporting to us—that Philipponnat had been spotted in the Americaine Bar of Hotel de Paris with the Prince’s friend Robert Munsch and “a mystery Russian” (apparently the man who tried to lure the Prince to Azerbaijian so that, through the Prince’s presence, and possibly in his name, an oil deal could be struck).

We quickly identified the mystery man as "Gocha" Arivadze, not a Russian, but a Georgian businessman based in Moscow.

At our request, two intelligence services ran traces on Arivadze and swiftly reported him to be of dubious character.

Meanwhile, Michael Smurfit, the Irish packaging tycoon, forged business dealings with one of our targets, even after the Prince had warned him off based on our findings.

“I have everyone checked out,” Smurfit famously said, “and he checks out fine.”

This, at a time when four intelligence services, excluding ourselves, were convinced that our target, a Serbian nationalist, used his business as a cover for illegal arms trading and laundering his profits through Monaco.

Smurfit, the Prince recounted to me, had seated the Prince between himself and our target at a dinner party he hosted, and said to the Prince in front of the Serb, “When are you going to give my friend Monegasque nationality?”

I met the Prince again on June 14th at 11 a.m. in M-Base to facilitate separate SIS and CIA briefings, and to brief the Prince myself on FLOATER’s progress with Operation Hound Dog, which riveted his oft-deficient attention span.

FLOATER had visited Paris and met with Romain Clergeat of Paris Match, from whom he gleaned that publication’s perspective of the Prince, along with Clergeat’s main sources of information on the principality.

FLOATER had next traveled to Rome and met with Michaela Aurti, who covered the Royal Beat for Oggi, and who had been writing about the Grimaldi family for 15 years.

Now, FLOATER was in the midst of following up the various sources provided him.

The Prince expressed amazement by what Operation Hound Dog had reaped so quickly.  He requested that we not only aggressively continue this ruse, but also include some of his close personal friends, who had been divulged as sources.
I gifted the Prince with an antiquarian book entitled Monte Carlo and Public Opinion by Anonymous.  He’d never seen it before.  Published in 1884, this tome denounced Monte Carlo’s casino as a disgrace and postulated that gambling had no future in Monaco.  It gave us a chuckle.

Finally, we discussed logistics for our upcoming trip to Washington D.C. for a private dinner with U.S. Senator Saxby Chambliss, Congressman Jim Gibbons, and House Intelligence Committee Chairman Porter Goss, who, any day, was expected to be nominated Director of Central Intelligence.

There was also the possibility, I told the Prince, of meeting briefly with Secretary of State Colin Powell.

“Do you think it’s important?” he asked.  “I’d rather go to that strip club in Baltimore owned by Maurice Wyatt.”

I was somewhat shocked and I thought the Prince was joking.

But he wasn't joking. He meant it.

This was the first moment I questioned, to myself, the Prince’s ability to rule the Principality of Monaco.

I felt a need, at this two-year-juncture, to remind myself of our successes, and I noted them in Leather Journal No. 4:

·      Prevented a corrupt Russian from buying into football team.

·      Staved off approaches from Patric Maugein.


We were, as my deputy put it, “going from strength to strength.”

It made logistical sense that I fly with the Prince to Washington on his father’s Falcon 2000 jet, but this required Prince Rainier’s permission.  When we spoke by phone on June 28th the Prince said he needed to “build up courage to ask the old man.”

At an Independence Day private party given by Stars & Bars on July 4th, the Prince told me, “I see [my father] about eighteen times a day, but I’ve got to catch him in a good mood, very hard to do.”

On July 7th, I ended up flying British Airways to London and Virgin Atlantic to Washington—a needless waste of money from our budget.

And I almost didn’t make dinner.  Thunderstorms over Washington diverted my Airbus to Baltimore, where it remained stranded on the tarmac for 90 minutes before finally arriving at Washington-Dulles about 5:45.

I reached the Willard Hotel an hour later, and the Prince arrived at 7:05.

Miraculously, we made it to Ruth’s Chris Steakhouse at 7:30.

Our hosts were already assembled in the private Ruth’s Room when we arrived.


Porter Goss told us that The New York Times was providing better intelligence than CIA.

“And I’m giving Mueller two more years to get counter-terrorism right at the FBI,” he added.

Near dinner’s end, Congressman Goss asked if there was anything he could do for us.  I’d stayed quiet most of the dinner, in deference to the Prince and our esteemed troika of Congressmen.

But when Porter Goss asked this question, I quickly jumped in.

“Can you put pressure on the FBI to get moving on the MING case?” I asked.

(Later, at a congressional hearing, Goss did indeed hand a note to the FBI’s Tim Bereznay asking about MING.)

While in Washington, I phoned a new FBI Special Agent in Los Angeles who had been tasked with MING.

"No further developments," he said, which meant they’d done nothing in two months.

In early August, as expected, Porter Goss was appointed by President Bush to replace George Tenet as Director of Central Intelligence.

It bode well (or so we then believed) for our liaison-plus relationship with the agency.

Posted by Robert Eringer at 6:15 AM