Breakfast aboard British Airways from Moscow was without flavor though I managed to wash part of an omelet into my system with a quarter-bottle of champagne.  A celebration seemed in order for an assignment well done.

After checking into my room at The Britannia Hotel, diagonally across from the U.S. Embassy on Grosvenor Square, I picked up the phone and touch-keyed 1-6-0.

This was John H's reason for being in the British capital and he was very excited about whatever he would learn about my visit with Edward Lee Howard in Moscow.

I let John H in, closed the door behind him.

"Well?" he asked in high anticipation.

"Did you know Ed was in Santa Fe recently?" I deadpanned this.

"Really?" John H feigned nonchalance but it would have been a big deal if Howard had slipped in and out of New Mexico.

John H laughed, relieved. "I'm expected at the embassy in a little while to make some calls," he said. "What I need from you is the essence."

Essentially, I told him, Edward Howard was prepared to travel around Central Europe, un-guarded, to research Spy’s Guide.

"And you're not going to believe what he told me about Ames."

John H hunched over a notebook and madly scribbled as I spoke.

When we were done, he mentioned that some of his FBI colleagues were in town. Did I mind if they joined us for dinner?

Of course not. I buzzed the concierge to amend our dinner reservation at Quaglino's; John H split to the embassy.

A few hours later our foursome assembled in the Britannia's lobby:  Me and John H, Les Wiser and Jim Milburn, from Headquarters.  We exchanged greetings.


The three G-men climbed into the backseat of a Range Rover.

I got up front with Alpha 26, my driver, a Rasputin lookalike I call Mister Five because he enjoys all five symptoms of schizophrenia.


The maitre d' at Quaglino's led us to a table and I ordered a vintage Chateauneuf-du-Pape.

John H’s colleagues had a focused interest in Aldrich Ames, not least because Wiser and Milburn led the investigation that busted the CIA turncoat.

They lapped up what I'd learned from Edward Howard more hungrily than their spiced lamb and garlic mashed potatoes.

We walked out into the night, still light at 9:30.

"You guys fancy a nightcap?" I asked.

Mister Five drove us onward to The Savoy Hotel; I pointed out Piccadilly Circus, Trafalgar Square, the Strand...

Mike McKenzie was tickling the ivories when we strolled into the American Bar and plunked ourselves at a table next to his grand piano.

He obliged me with his own composition.

The others called out tunes:  As Time Goes By, Cavatina.  We drank single malt scotch whiskey, joked and laughed.

Needless to say, it was heaven compared to Moscow's hell.


In Memory of John Michael McKenzie 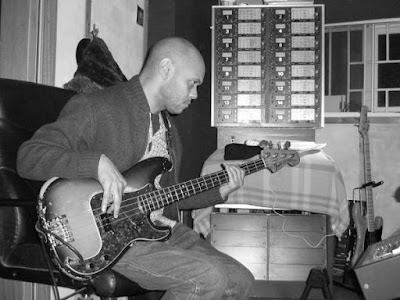 Best bass player I ever knew.