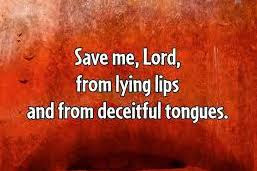 As a member of the International Olympic Committee, the Prince traveled to the Athens Olympics and lost his cell phone, rendering him more difficult to find than usual.  (“He’s probably happier without it,” remarked one of his close friends.)

Early on, I’d asked the Prince if there was someone he trusted at the Palace, or elsewhere, easier to reach than himself, who could be point man between us.  “No,” he’d said, “report only to me.”

CIA Station Chief Bill Murray had packed his bags, readying to leave Paris, and wanted to introduce his replacement, Pat N, to the Prince and me.

Not only was his new director, Porter Goss, already aware of this liaison relationship, but had taken a special interest in it.  It was Pat N's dream assignment to screw up. And in time he would.

Over tomato and mozzarella salad at Quai des Artistes, followed by salmon with spinach for three, I acquainted myself with Pat N, whom we would soon code-name LIPS because his strongest suit, when he wasn’t outright lying, was to pay lip service.

Within the agency, LIPS was renowned for risk averseness—and also for becoming a butt-lick to ambassadors at the embassies in which he served.

How he got named to so important a post as Paris was anyone’s guess, but probably because so many senior intelligence officers had recently departed and there was a shortage of more worthy personnel.

LIPS had served mostly in Latin America, supposedly knew Spanish, but (I was told) had taken much longer than expected to learn French at language school.

The Prince was scheduled to join us at M-Base for a 2:30 introductory meeting.

I stood in the lobby awaiting his arrival, the customary protocol, while our guests waited upstairs.

I rang the Palace.

They said he was at Roc Agel, the Grimaldi family country estate on French territory in the mountains.

I asked the secretary to please phone the Prince and remind him of our meeting.

“Is that central control?” he asked. Turns out, he'd forgotten. Or lost track of time.  “I’ll be there in an hour.”

An hour later he phoned again.  “Can you come up to Roc Agel?”

Alas, he could not escape from a long lunch with his demanding dad, Prince Rainier.


I found a driver.  He collected us 30 minutes later and drove the 35 minutes to Roc Agel.

With its Willys Jeeps and security guards garbed in commando jumpsuits, this farm had the feel of a paramilitary survivalist camp.

We were shown to the pool house and waited another 30 minutes in stillness and quiet, the occasional dog bark.


At 5:45, the Prince finally appeared, looking somewhat sheepish, as if he was worried his father would come looking for him.

Said LIPS to the Prince, “Your concerns are our concerns,” and he echoed Bill Murray's invitation to visit CIA Headquarters.

The Prince and I had no time to meet privately, so we scheduled a late drink at Flashman’s, a Monte Carlo bar, where we nailed a timeframe for the Prince’s visit to CIA headquarters:  late October, about seven weeks hence.

The Prince instructed me to phone his aide-de-camp Bruno Philipponnat to organize logistics.

Then we moved our meeting to the privacy of M-Base for a briefing.

I provided the Prince with the findings of our investigation into Simon Reuben—a British national with Monaco residency—that he had authorized.

Our detailed report was quite illuminating:

Monaco’s police had investigated Reuben for money laundering associations with Russian organized crime in the 1990s.

According to French police services and Interpol, Reuben had ties to companies named Randal and Off Shore TL.

As a result of that earlier investigation, in 2002, Reuben’s residency permit had been revoked, resulting in his expulsion from Monaco.

However, following an approach to someone at the Palace by Madame Escaut-Marquet (Monaco’s Bailiff of Justice), Reuben had been quietly readmitted with a “privileged” resident card dated April 7th, 2003, a move that had appalled and demoralized Monaco’s police.

As was our system, the Prince did not leave M-Base with the report; it was locked in a large safe.

To further enhance our security we had also changed the entry system, choosing a heavy-duty, expensive door lock.

By September, Prince Rainier had taken a “downhill change” and the end was said to be “hastening.”

Sixty cigarettes a day for most of his life had taken a toll on his lungs and heart, and now he was failing mentally to boot.

Decisions were being made by a troika comprised of his personal secretary Madame Siri, his chef de cabinet (chief of staff) Raymond Biancheri, and the Palace accountant, Claude Palmero—decisions that best served the troika.

They were grooming Raymond’s son, Franck the finance minister, to be Prince Albert’s chef de cabinet, so that they, once Albert assumed the throne, could continue to run Monaco and keep him traveling and in the dark.

We knew it would be important for the Prince to forge a warm, personal relationship with Nicolas Sarkozy, whom we forecast to become the next President of France.

Our contacts arranged for Sarkozy to phone the Prince and invite him for a drink in Paris.  I asked him to watch for this call.

When we spoke by phone eight days later, the Prince had not yet heard from Sarkozy, adding, “I lost the last ten messages.”

On October 21st, I met with Bruno Philipponnat at his Palace office to coordinate logistics for our CIA briefings in Washington, D.C.

Philipponnat assured me that nothing in the Prince’s official schedule would mention a visit to CIA headquarters; it had been written in as a "private meeting" with me.

That evening I dined at Quai des Artistes with LIPS and his colleague, who had driven from Paris with a cryptographic phone and fax machine for communicating with us securely.

LIPS conveyed that Director Goss had authorized the agency to assist us to the hilt, and that we could plan on 15 minutes with him, personally, during our visit to CIA headquarters.

Next morning, my driver Det (we called him “The Det Collector”) drove LIPS, his technician and me up the Rock to the Palace to see the Prince. 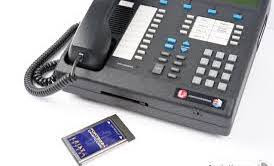 The CIA duo were determined to place their cryptographic phone and fax (called STE) in the Prince’s office, but after 15 minutes of fumbling in his presence, could not find a way around the Palace switchboard.

So the cryptographic equipment was driven to M-Base and installed, and the crypto-key necessary to operate the system given to me for placement in our safe.

And just as well; Albert probably would have lost it.

Posted by Robert Eringer at 9:01 AM