Clair George would have turned 90 today

I was in London, early summer, when news broke that Clair had been indicted for obstruction of justice in the Iran-Contra debacle.

He had allegedly lied to Congress when asked about an operation to sell arms secretly to Iran and divert part of the profits to fund the Contras (anti-Communist rebels) in Nicaragua, which Congress had prohibited.

Iran-Contra was a project pushed onto Clair by another senior CIA official, Duane “Dewey” Clarridge.

Clair opposed the Iran-Contra operation but perceived it as his duty to protect it.  When exposed, he never fingered anyone else.


The New York Times and The Washington Post published Clair’s photograph—no shadowed silhouette this time, the real him—watering the lawn in front of his modest house.  (He did not allow the media's presence to interfere with his chores.)

Reporters camped out on Allan Road, holding vigil even though Clair refused to comment on the case.

It seemed like a good time for Clair to leave Dodge.

And I had a good reason for him to join me in Monaco, where I was summering with my family:

A letter on crested stationery had just arrived from Monaco’s finance minister, Jean Pastorelli, requesting I phone him to schedule a meeting.  He wanted to talk lottery.

I got Clair on the horn (his wife, Mary, had been answering the phone, politely but firmly deflecting reporters).

“We have a meeting with the finance minister,” I announced.  “You want to come out here?”

Replied Clair: “I’d love to be anywhere but here.”


Three months earlier, Clair and I had returned to Monaco for lunch with Prince Louis de Polignac, pushing our client’s concept for a lottery in the glamorous principality.

Louis was cousin to the ruling Prince Rainier in addition to his role as chairman emeritus of SBM, and (we were told), the right person for instructing us on a way forward.

And we would also see our client Harry Schultz again.

Harry had bitched about not getting his money’s worth last trip when we cut him short to see Marc Rich in Zug, even though he had over-exhausted his long, frivolous agenda.

The menu offered a choice of entrees, but the stewardess thrust lamb at us anyway, saying, “We’re out of zat, so you have zis.”

April is the French Riviera’s rainy season.  Monaco usually catches the tail end of mistral, an odd wind that blows its way south through the Alps and is said to make people crazy.

In addition, this is a chaotic, loud and noisy period for the principality because of extravagant preparations for the Grand Prix, Monaco’s premier sporting event.

Laborers bang bleachers and grandstands into place, creating dead-ends and detours—a real mess of a maze.

We enjoyed a delightful dinner with Prince Louis in the Grill Room atop Hotel de Paris—at their best table in a far corner with spectacular views of the port.

Prince Louis and Clair took to one another immediately, cutting quips about a Japanese takeover of Monaco.

Prince Louis quickly equated it with gambling and echoed what Prince Albert had said at lunch in January with a spiel about how Monaco was trying to lose its gambling image.

I hit him with my lottery isn’t gambling it’s the imagination business rant, and this made a dent, not much else.

Then I mentioned the potential revenues of French francs annually and he got it.

Send a letter proposing this lottery to Prince Rainier, along with our client’s credentials.

Only Rainier, he reasoned, possessed the clout to push such a project through Monaco’s thick bureaucracy.  Louis promised, if asked his opinion by Rainier, to vouch for it.

One of Louis’s mistresses collected him downstairs and, jovial to the end, said we should call him when next in town and meet for lunch.

Clair retired to his room overlooking the Med at Loews while I conspired with friends to pen a letter by longhand, as required by protocol, for hand-delivery to the Palace.

Next:  Harry Schultz, who plucked his penciled agenda from a coat pocket.

Harry began with his arch-nemesis, Loony, the Texan antagonist.

Harry’s lawyers in Texas had exacerbated the situation again.

I suggested to Harry that he turn his lawyers over to me.  Reluctant at first, Harry finally agreed.

(The lawyers soon became ex-lawyers and the situation became an ex-situation.)

Clair and I dined with Harry that evening.  He was getting on, he said, and needed to organize his estate.

Clair joked that though we would be delighted to create a foundation in Harry's name and travel the world espousing PT philosophies, Harry should instead find a good estate planner.

Practical advice; the opposite of self-serving. Pure Clair.


Next day, off to Paris, to the Claridge-Belman Hotel, on Rue Marbeauf near the Champs Elysees, where Clair retired for an afternoon nap, an inviolate daily ritual.

That evening we dined at Chez Andre nearby, concluding the evening with nightcaps at the Hemingway Bar inside The Ritz Hotel on Place Vendome.

Clair told me he frequented this bar while stationed in Paris in the 1960s; that he'd steal in from the back door on Rue Berri and enjoy many long conversations with another Paris-based American:

Did Brady know Clair worked for CIA? I asked.

Did they stay in touch after Clair left Paris?

Just a couple of young Americans in Paris, both in the information biz.

One had a readership of millions; the other, a handful readers with Top Secret clearance. 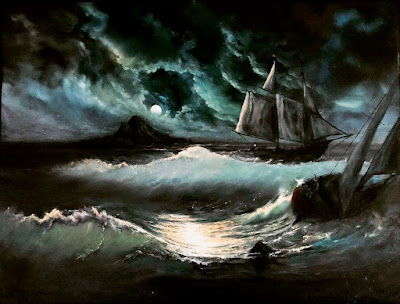 
Fast-forward three months, back to where this post began.

The letter to Prince Rainier had resulted in our summons by Monaco's finance minister.

Phil had dark Sicilian features and wore tight three-piece suits over a weightlifter’s physique, always chewing on a toothpick, with a macho lingo to match.

I collected this unlikely pair at Nice-Cote d’Azur Airport in my white Wrangler Jeep and whisked them to The Hermitage hotel in Monte Carlo.

At Le Texan for dinner, our Monaco contact decided Phil looked like a mobster and urged him to abstain from meeting the finance minister.

No matter, because the client himself—the president of the automatic wagering division—would fly in the following day to join us.

For months, I had been referred to as Clair’s secret partner, depicted as the Monaco mystery man.

So Hugh the Boss did not quite know what to make of me.

Who was this bearded man in blue denim? 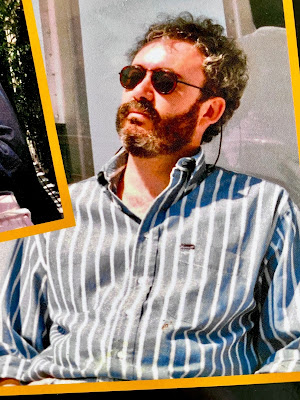 Clair always believed that any professional situation in our business required an element of mystique.

In this instance, I was the mystique.

The big meeting was scheduled for 3 p.m.

Our Monaco contact decreed that only Hugh the Boss and I would attend, as Clair had just been the victim of bad press.

The finance minister received us promptly and Hugh the Boss made his pitch, full of corn-fed Mid-western sincerity.

Running a lottery is like mining gold without all the digging.  And Monaco, hit by recession, was looking for ways to create new revenue.  He said he would have to consult with France and Italy to find out what role Monaco would play in their joint plan for a Europe-wide lottery.

Hugh the Boss walked away happy. 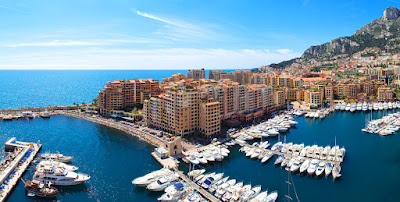 That night, Clair, Phil, Hugh the Boss and I dined in the open air at The Offshore, a seafood restaurant along the port in Fontvieille.

A pesky mosquito crawled playfully upon the tablecloth near my setting.  I captured it in the hollow of my wine glass, and let it go.

Not wishing to be held captive a second time, the mosquito wandered over to Clair, who merely monitored it.  (Like my father, Clair would never intentionally kill anything.)

It then meandered over to Phil.  True to his Sicilian heritage, Phil stabbed at the mosquito with his fork, but, softhearted beneath his tough-guy veneer, missed with every stab.

Finally, the hapless mosquito wandered over to Hugh the Boss, all of this going on incidental to our discussion.

Gentle, soft-spoken Hugh, without a moment's hesitation, lashed out and flattened the mosquito with his fist.

And that’s why he was CEO.