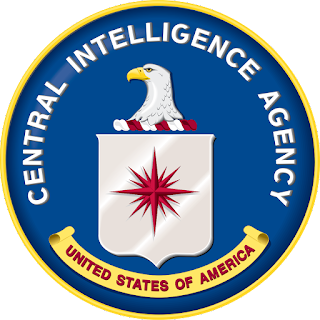 The Prince and I arrived separately in Washington, D.C.; he, on his Falcon 2000 jet.

His aide-de-camp, Bruno Philipponnat, phoned me at noon to confirm the Prince’s touchdown from New York, where he had, the evening before, attended the annual Princess Grace Foundation gala.

At 3:15, LIPS arrived at my hotel, the Hay-Adams, with two silver-colored Lincoln Town Cars.

Fifteen minutes later, another call from Philipponnat:  the Prince was stuck in a meeting at the World Bank, 30 minutes over-schedule.

We were waiting on H Street at 4 p.m. when the Prince and Philipponnat eventually alighted from the World Bank, then sped off to CIA headquarters in Langley, Virginia, not even stopping at its formidable security post.

Standing to greet us at the main entrance:  European Division Chief Tyler Drumheller and my friend Jay J, who had become Senior Advisor for Operations & Analysis to the Director.

With the Prince’s approval (in advance), Philipponnat was intercepted and sidetracked into the agency’s private museum while our party ascended, in the Director’s private elevator, to the seventh floor.

The doors opened to Steve Kappes, Deputy Director for Operations, and Phil R, “The Briefer,” also known as “our national treasure.”

Before we knew it, DCI Porter Goss stood among us.

Mr. Director led us into his office, joking that his occupation of it might be short-lived.

It was a rather prescient remark, suggesting that intelligence, indeed, was Porter’s rightful vocation, even if he should have remained in Congress rather than take this job.

So far as CIA was concerned, I was Monaco Senior Intelligence Advisor, a title they bestowed upon me.  I otherwise did not possess a title or a business card; I was meant to be invisible.

As we exchanged chitchat in the cozy sit-down foyer of the Director’s office, tension reigned supreme.

It had nothing to do with the Prince and me.

There was a war going on between the so-called “Goss-lings”—the House staffers, including my friend Jay J, who Goss had brought over to help him run the agency—and the agency careerists, including Kappes, Drumheller, and LIPS.

Pat M, Porter’s chief of staff, another “Goss-ling,” whom I'd met previously in Washington, joined our discussion.

(LIPS got lost in the milieu.)

Ten minutes later, when Director Goss invited the Prince to join him for a photo op, I attempted to engage Pat M with hearty gratitude.

“Don’t, don’t,” he hissed, darting his eyes at the other faction.

He did not want them to associate me too closely with himself, as he thought it might jeopardize their handling of the agency’s relationship with the Prince.

(Looking back, it may well have, though I suspect Pat N's gross negligence and incompetence was jeopardy enough.)

We repaired with the team, minus Director Goss, to a conference room, where senior agency officials, led by the soft-spoken Phil R, provided a detailed, substantive briefing on items of mutual concern—including, he told us, CIA’s “biggest secret and most important endeavor.”

We had much to digest, and we were promised paperwork to reflect our briefings, which, indeed, was later transmitted to M-Base by cryptographic fax.

I, as the Prince’s Senior Intelligence Adviser, was invited to return to Washington once we had fully digested the material, roll up our sleeves and get cracking on the problems made known to us.

At 6:20 we adjourned; CIA laid on a police motorcycle escort to the Signature Terminal at Dulles Airport and the Prince flew off to Memphis, Tennessee, for a benefit at St. Jude’s Hospital.

I’d given the FBI a courtesy call in advance of my trip to Washington.

Special Agent Charles G expressed a desire to meet, which we did on October 29th in my room at the Hay-Adams.

Thus, the latest on MING:

The Bureau wanted to ask the French DST for anything they had on Pastor International, but CIA nixed that because it did not want the FBI gumshoeing inside France.

No problem, I said.  I could get everything myself from French sources.

The Bureau had a problem with that, said Charles G.  Because I resided outside the United States, they needed the U.S. Attorney General’s permission to ask me to do anything.  Yet a few weeks earlier they had asked me to reengage MING—in violation, I suppose, of this rule.

And then Charles G asked, “Anything new for us?”

I must be a masochist because I did have something new, and I conveyed it to them on the Prince’s behalf because it dealt with a U.S. citizen:

Our investigation of MING and Pastor International had led to Victor Bout, the “Bill Gates of arms dealing.”

Our enquiries had then led to Bout’s American representative, Richard Chichakli.

So I had put FLOATER, the “book author,” onto Chichakli, who was based in Richardson, Texas.


FLOATER had quickly engaged Chichakli on the basis that maybe Bout wanted to write a book.

Bout did not want to write a book.

But what came out of FLOATER's in-person encounter with Chichakli in Texas was enough to excite the FBI, and they were soon on his tail.

Realizing he was in trouble, Chichakli fled the United States.

Posted by Robert Eringer at 8:46 AM