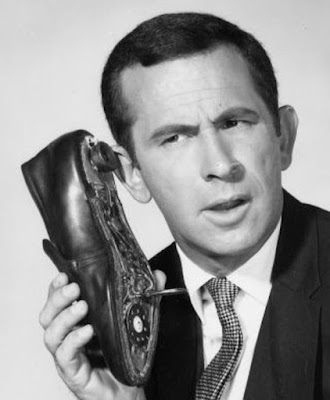 The Prince and I next spoke at ten in the evening on November 7th.

He had been sitting for Dutch sculptor Kees Verkade and told me “there’s about 750 people I need to speak with before Christmas.”

Nonetheless, we scheduled a meeting in M-Base three days later at which he read CIA documents stemming from our briefings in Langley, followed by a report on one of our targets from Italian sources.

They, too, were onto the Serbian arms dealer resident in Monaco we'd been tracking.

The reason nobody had done anything about him by now, like arrest him, was because each and every service was trying to configure a way to co-opt him.

Almost a year had passed since PFIAB’s meeting in Washington, and it was time for another, due to start on November 18th.

So, of course, MING flew to Washington, even though he had no connection whatsoever to PFIAB, other than, in all likelihood, to spy on it.

On November 12th, I emailed notice of this to a Special Agent at the FBI’s LA field office.

No, he had not heard a thing from LA.

On the 17th, I phoned the Willard Hotel and confirmed MING’s presence and conveyed such to Charles M. 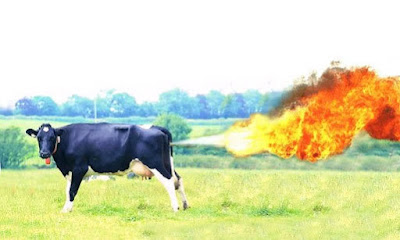 Less than a week later, I broke bread in Monaco with LIPS from CIA.


LIPS had an annoying habit of ticking off a list of points he desired to voice, at the end of which he would invariably ask, “Does that make sense?”

And even though I let it pass, see whatever action might result, the follow-up on his end was always next to nothing, unless it suited LIPS's own mission, toadying up to his ambassador in Paris.

I would identify areas of operation that would benefit our mutual objectives, and LIPS would nod and smile and say, “All good ideas, I’ll get back to you on that.”

(So much for tradecraft. Or even curiosity about Monaco.)

I began to suspect that much of what I passed to LIPS for conveyance to headquarters never made it beyond Paris, due to LIPS’s incompetence, duplicity or both.

Next morning, LIPS appeared at M-Base in advance of the Prince’s arrival and we received briefing papers by crypto-fax for the Prince’s upcoming travels to Bulgaria, UAE, and China.

The Prince rolled in, direct from Wonderfall, a mountain resort in Italy, rather grubby and unshaven, clad in sweatshirt and blue jeans, perhaps in need of a shower and toothpaste.

We had already established a rule that ties were unnecessary at M-Base, in keeping with my general principle of dressing down so that no one in the neighborhood would suspect me of doing anything remotely important.

The Prince agreed to LIPS's request that he ask questions of world leaders during his travels—questions posed by CIA—to help the agency better understand certain personalities and stances on various issues.

LIPS was trying to turn my boss, the Prince, into what's known in CIA jargon as access agent.

But no matter because LIPS neglected to provide the Prince with any such questions—on this occasion or any—so his big idea never had any practical application whatsoever.

Like everything else with LIPS, it was merely a talking point to be ticked, cabled to Langley and thereafter forgotten.

I was dealing, I now realized, with Maxwell Smart.

Years later I penned a novel about access agents; about how CIA uses Hollywood stars to befriend foreign dictators and report on them.

The biggest problem facing Charles Mulberry, an officer with CIA's Foreign Research Division in Los Angeles, is stroking his celebrity agent's ego, compounded by a turf war with the FBI over Penner's evolving activities.

A new assignment for Penner, to neuter a rogue spy intent on revealing vital secrets, complicates matters significantly as cloaked characters converge into a surprise ending. 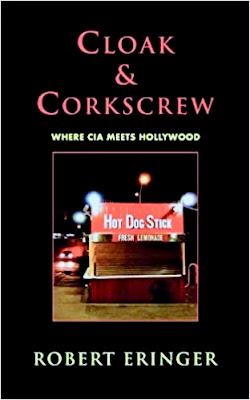 Posted by Robert Eringer at 8:38 AM