44. A SHIRT FROM CHARVET

I returned to Washington D.C. just before Christmas to roll up my sleeves with a CIA team assembled to put into action the issues made known to the Prince and me when we visited their headquarters and senior management two months earlier.

I was told that Director’s Goss’s pledge to protect the Prince, and Monaco, was now accepted as "agency doctrine" and given high priority.

(When I told Clair George, the former spymaster, about the so-called Goss Doctrine, he shook his head in awe.  “Your boss,” he said, “will never understand or appreciate what you’ve done for him.”)

It was a good session, everyone at CIA gung-ho, trying to please the new director.

We brainstormed excellent ideas on how to proceed operationally, including working jointly with SIS to meet some of our objectives.

But protocol dictated that everything be channeled through Paris and approved by LIPS, the weakest link in this short—three-link—chain.

And this would prove fatal.

While in Washington, I offered to meet with FBI Special Agent Charles M and his colleague from the LA field office, even though they still did not have signed paperwork from the U.S. Attorney General confirming they could speak to me, an expatriate American.

They informed me that MING had recently visited Sharm El-Sheikh, a shiek Egyptian resort on the Sinai peninsular.

They also confirmed that MING once possessed a credit card in the name of Pastor International. 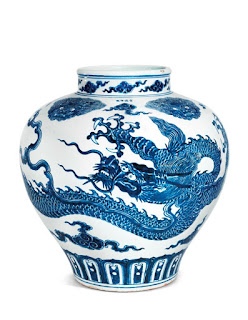 They also discovered that his Ming Dynasty antiques cost around $100,000 per piece, usually purchased from a shop inside the Ritz Carlton Hotel in San Francisco.

Six PFIAB members stayed at the Hay-Adams, where MING had roomed (in December 2003); special agents were now checking to see which of these members overlapped with MING at the Willard Hotel (in November 2004).

It was gratifying to see the FBI on MING’s case—even though 22 months had elapsed since I first brought MING to their attention.


The Prince and I spoke by phone after Christmas.

I updated him on my trip to Washington and asked if he had any new requirements as we entered 2005.

“Yeah,” he replied, “find out where all the good-looking women are.”

Find out where all the good-looking women are.

I have a 46 year-old spoiled brat of a client who never grew up and cannot think beyond his dick or his next date.

And I'm being "assisted" by an agency believed by the world to be omnipotent but in fact is... well, keep reading.

At this juncture, I probably should have cashed my chips.

But the Laugh Quotient was, by now, so high that I had to stick with this comedy for its sheer entertainment value.


And things were about to get even funnier, if more pathetic.

Because on January 6th I boarded the Eurostar train and glided through the channel tunnel for a meeting with the CIA's LIPS in Paris.

And nothing, at this point, was more comical than LIPS. 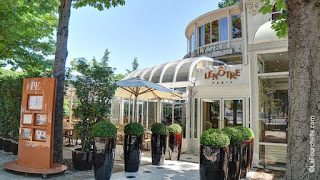 For a start, his choice for lunch —Café Lenotre, on the Champs Elysees—sucked to high heaven:

It featured big picture windows, from which we could be easily observed, and tables arranged elbow-to-elbow for effortless eavesdropping.

LIPS chose it, of course, for its close proximity to the U.S. embassy, to the total detriment of our privacy.

He, very clearly, felt rushed and, even worse, somewhat constipated by how well things had gone with my strategy session with his colleagues in Washington. 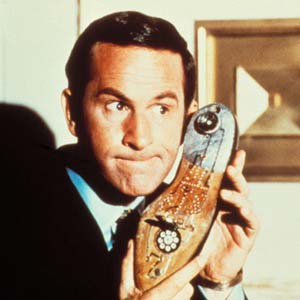 LIPS wanted to make his points and leave.

His mind was elsewhere; specifically, on a briefing he was scheduled to deliver that afternoon to the ambassador, who had just returned from winter holidays.


LIPS told me he wanted to “streamline” i.e. focus solely on his relationship with the Prince, which was to say, block all of the operational projects that myself and his headquarters' colleagues had formulated and were so enthused about.

Essentially, LIPS wanted to do nothing more than meet Albert once a month for a pointless chat.

He shot down any talk of CIA working jointly with SIS.

He quashed our plan to bring Phil R to Monaco to meet with me.

He told me he'd relieved CIA of the MING file, which his predecessor, Bill Murray, had taken under his wing to keep the Bureau jazzed.

“Does that make sense?” asked LIPS, after shooting down the whole program we’d assembled during two full days in Washington.

No, it makes no sense at all, you friggin' fool.  You are a waste of my time and my boss’s money.


An interesting incident took place after I left Hotel Meurice soon after lunch for a walk up to Place Vendome. 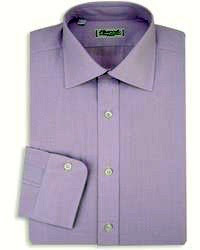 I strolled into Charvet, an elegant men’s chemiserie, and ascended up one floor to peruse their fine shirtings.

I was the sole customer.

A pretty sales assistant named Natalie gave me two shirts to try on.

I was in the dressing room when she parted the curtains and peeked in.


“Do you have a friend who’s looking for you?” she asked.

She whirled around and I glanced out of the dressing room behind her.

Whomever had been looking for me was gone. Fast.

It was clear what had happened:  the French—probably the DST—had trailed me from lunch with LIPS.

(I bought the purple shirt I'd tried on.)

The time had obviously arrived for me to present myself to one of the French intelligence services, to make them aware of what I was doing and to propose a liaison partnership.

I broached this with one of our retainers, Jerry G, who'd been a CIA station chief in Paris.

Jerry felt the DST (domestic security) was the right service with which to make contact, with this caveat:

On the surface, the DST would be amenable, but since I am American they would perceive my presence as an encroachment of their domain and eventually try to discredit me.

Anyone disrupted or disgruntled by our work could take a number and get in line.

And they'd have to be patient.

Because after a quarter-century of reaming everyone from the KKK to the KGB, the queue wasn't short.