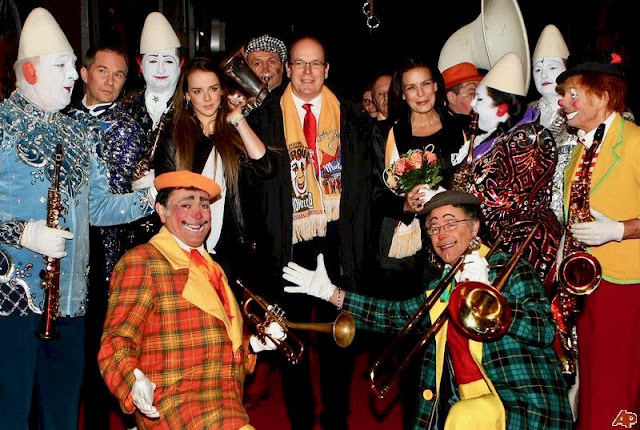 In mid-January, the Prince was in Sweden dog-sledding with the newest addition to his entourage, a Swede named Stig Carl-Magnus Carlsson, who had apparently paid for Bruno Philipponnat’s recent vacation in the Bahamas (an entry fee to Albert's social orbit).

Carlsson’s past, we’d already learned, was rather murky. At the Prince’s request, we were to delve deeper into it.

On January 21st, I had an extraordinary email exchange with MING, which he initiated.

MING wrote:  “I have pretty much dropped out of everything for the moment.  [There is] no interest in the suggestions of an old military guy like me now.  After twenty-three years in the military that’s enough.”

I wrote back:  “Now wait a second, old soldiers are not really supposed to fade away…”

To which I replied:  “Either your caps key is stuck or you really mean it.”

MING replied:  “I REALLY MEAN IT.”

Either MING had figured out I was playing him, and wanted to hold up a white flag—I’m done, leave me alone.

Or he believed his email was being monitored, and he wanted those monitoring to know he was done.

On February 4th, I briefed the Prince in London—a late morning session in his Dorchester Hotel suite.

Dipping into the breakfast trolley, I began with my Charvet shirt experience in Paris one month earlier, and how CIA's LIPS carelessly put the DST onto me.

“The French may one day stop me on my way to Monaco through Nice airport,” I said.  “I should probably make my role as your intelligence adviser known to them.’

The Prince worried that this might leak to Prince Rainier.

“It’s difficult,” he said.  “My relationship with my father is very complicated.”  But he agreed to the necessity of this.

Moving on, I identified three main targets on which CIA had chosen to focus in their cooperation with us.  The Prince acknowledged and approved. (I still hoped to pursue these initiatives despite LIPS's disapproval.)

The FBI investigation has accelerated as MING continues to travel almost non-stop.  On the heels of scuba diving in the Maldives in early autumn he took an unexplained trip deep inside Russia followed by a visit to Sharm El-Sheikh, Egypt in late autumn, then spent Christmas holidays in the British Virgin Isles.  He arrived in Malibu in early January and pretends, in email to me, to be there still, though he is actually in Whistler, Canada.

“What should I do if he calls me?” the Prince asked.

“Whatever you would normally do,” I replied.  “Act naturally.”
On Stig Carl-Magnus Carlsson:

He has left a trail of failed businesses behind him.  He is a habitual bankrupt who lives a precious lifestyle at the expense of his investors. Be wary—he will probably use your name to lure potential investors into new companies.  His so-called “Internet company” in Shanghai—China Internet Ventures Ltd—does not actually do anything other than act as an introduction service for people desiring to do business in China.

I recommended the Prince exert caution about associating himself with conmen like Carlsson—or risk having his name used as a means to dupe potential investors.

The Prince requested we dig deeper on Carlsson.

“Did investors lose money?” he wanted to know.

I thought I’d already said they had but told him I'd flesh out further detail.


I pointed out to the Prince (again) that Bruno Philipponnat—his gatekeeper as aide-de-camp—was not doing his job, keeping riff-raff away, but was instead establishing inappropriate closeness to those who wanted to ingratiate themselves with the Prince, often for his own financial gain.

I also briefed the Prince on Steven Saltzman and a particular videotape in his possession:

A trusted informant passed me disturbing news about two persons very close to the Prince who were part of what I would later come to know as the Paris Clique.

Thierry Lacoste (Clown # 2), a lawyer known to the Prince since childhood, son of Nadia Lacoste, who for many years handled media relations for the Palace.

And Lacoste’s good friend, Steven Saltzman (Clown # 3), an American and son of Harry Saltzman, one of the original James Bond movie producers.

This pair of jokers was said to be waiting in the wings for Albert to inherit the throne so they could enrich themselves.

Furthermore, Saltzman was said to possess a videotape he had made at the Prince’s 40th birthday party inside a Paris striptease-club in which a young woman is seen to perform a sexual act upon him.


Saltzman had taken to showing this video at select parties around Monaco, saying, “This is what I have on your Prince.”

“I was not undressed,” the Prince told me, adding that he would confront Saltzman about this.

I didn't ask whether he was dressed or not, so I guess it was a confirmation.


During the course of breakfast the Prince spit three times into his linen serviette—a ritual, perhaps, unique to royalty.

Finally, I gave the Prince a written report from Italian sources.

He took it elsewhere in his suite to read while sitting upon the throne.


I arrived in Monaco next day, noting that concierges at my apartment building, Shangri-la, would go on heightened alert when they saw me (or my deputy), believing, correctly, that the Prince’s presence was imminent.

On February 7th, I lunched with LIPS in Monaco in advance of our meeting with the Prince the following evening, at which LIPS would brief on Sri Lanka and Slovenia, where the Prince had scheduled trips planned.  In return, I was told, CIA would have some questions for the Prince to explore with his hosts.

Once LIPS (mercifully) departed, I provided to the Prince the addendum he had requested on Carl Carlsson.

Berk told me the following:

Once Carlsson had the money from his investors, he engaged in inappropriate behavior, spending rampantly on personal items and selling securities in Scoop to cover personal debt.  His actions set the business back, and it ultimately failed.  Berk and his fellow investor, Stephen Grayson, filed a complaint in court alleging breach of contract and fraud, saying that Carlsson made promises with no intention of performing.

I suggested the Prince make Phillipponnat aware of this, a nice way of getting his aide-de-camp to realize he would potentially embarrass himself and the Prince, too, if he continued to allow Carlsson access to the royal court.

(Three months earlier, Philipponnat had called the hosts of a New Years Eve party the Prince planned to attend to insist they invite Carlsson, supposedly at the Prince’s behest.)

The Prince suggested that I make his aide-de-camp aware of Carlsson’s poor character and business transgressions.

Dutifully, I phoned Philipponnat and left a message for him to call me.

When I later mentioned this to the Prince, he replied, “I don’t think he wants to hear your message.”

In early March, the Prince traveled to Moscow with the fellers—Munsch (Clown # 5), Haskins, Carlsson—and Gocha Arivadze (Clown # 6), who rented a brothel for the night to celebrate Albert's birthday.

The Prince, as such, ignored our reporting on Carlsson and Arivadze, and doubtless did not heed our advice regarding security concerns while traveling in Russia.

It is a dead certainty that the FSB would secretly record activities in his bedroom, which, depending on the nature of such activities, could one day lead to blackmail.

Munsch, in particular, was hard to lose.  The Prince had loaned him a cell phone years before that he’d never returned, and, more recently, given him a key to his private Monte Carlo bachelor pad.

So whenever Munsch was in Monaco, he simply let himself in.

(Now I knew why others around Albert referred to him as Dr. Mooch.)

When I spoke to the Prince by phone on March 19th, he told me, “Munsch came in at 5:30 in the morning stone drunk and woke me up.”

It was a mystery to me why the Prince put up with these clowns and all their clownish antics.

The Prince and I attempted to meet, but he was off to the Rose Ball Gala that evening.

“After that?” I asked.  It was not unusual for us to meet late at night.

“After that I hope to get laid.”

We managed to meet the next day, mid-afternoon, the Prince in a navy blazer and red tie contrasted by my polo knit (tails out, of course) and blue denim.

I brought the Prince up to date on a number of issues.

What’s the latest, he wanted to know, on Operation Hound Dog?

I had gone passive on it, inundated by more important matters.

But the Prince was very keen to know what others had to say about him behind his back so I intended to appease him by prioritizing that operation.

He told me his father had always wanted to gather the family in a caravan for a road-trip across the United States.

“You should surprise him with a cross-country trip this summer,” I suggested.

It was not to be.

On Easter Sunday, the old man miraculously bounced back from death.  But the end was only days away.

The Paris Clique ringleaders—Lacoste and Saltzman—made their existence in Monaco known as Prince Rainier lay dying.

Word was, they intended to create a “kitchen cabinet” to advise and influence the Prince from behind the scenes.

Munsch ensconced himself in the Prince’s apartment throughout the ordeal, and when the Prince finally suggested he move elsewhere, Munsch (Albert told me) “pretended not to get the message.”

Prince Rainier passed on April 6th at 6:25 in the morning.

A new era had dawned.

Rainier had never prepared his son for the role he now faced as Sovereign ruler of Monaco—perhaps because he thought himself immortal, or maybe he had tried and given up.  He certainly must have known that his son surrounded himself with clowns.

(When Rainier was incapacitated from illness six months earlier, Albert had made several decisions. Decisions all reversed by Rainier after he regained his health.)

The Prince was “low, numb, and overwhelmed,” according to a close friend.

However “complicated” their relationship, the Prince unquestionably lost “his closest friend and mentor.”

The Prince took calls from Jacques Chirac, Tony Blair, Bill Clinton, and even the Queen of England.

The CIA and SIS conveyed condolences to the Prince through me.

A drink in Paris with Nicolas Sarkozy was postponed, along with a state visit to Slovenia. 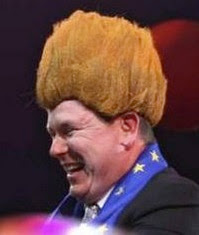 And the clowns, those identified here, and others, would all come out to play like never before.

The real question was this:

Would Albert take command or would he become clown-in-chief?