On Retainer to Prince Albert of Monaco
August-September 2005

I checked into the Eiffel Hilton, near the Eiffel Tower in Paris, on August 24th.

Ian M arrived soon after, and we lunched at Cafe Fountaine de Mars. 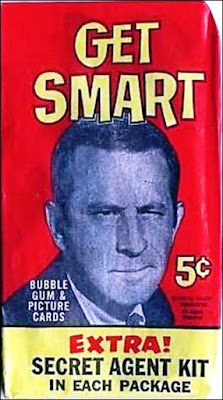 At 5:45 we set off by foot to DST headquarters, a few minutes away, chuckling about whether or not we'd find the CIA's  LIPS lurking nearby to spy on us.

Inside the austere, heavily guarded government building, more a bunker, we were ushered into the presence of DST chief Pierre de Bousquet de Florian and his deputy for operations, Jean-Jacques M.

De Bousquet was tall and kindly and Jean-Jacques pleasant, if wily, with a clipped goatee.

The chief spoke fluent English; his deputy did not.


Around an oval table in the Director’s private conference room, Ian introduced me.

I explained my role in the Prince’s service.  I told them I hoped I could have their support and, if possible, their assistance.

The DST duo was receptive, if stymied initially by my service’s lack of official status.   But, ultimately, near the end of our meeting, they showed a willingness to cooperate on an “informal” basis, which meant we would bypass normal channels i.e. the regional bureaucracy (Nice DST) and deal directly with the Director's office at headquarters in Paris.  In other words, an ideal scenario that cut through layers of bureaucratic red tape. (Again, the beauty of un-officialness.)

They also tentatively agreed to provide helpful intelligence on our targets.

But before any of this could happen, said de Bousquet, he would have to defer to and brief his boss the interior minister (then Nicholas Sarkozy) and “the President of the Republic,” Jacques Chirac, to seek their approval.

They made one request of me:  If I meet any persons from foreign intelligence services on French territory I notify them in advance so I would not cause bureaucratic chaos with crossed wires if noticed by regional DST officers.

I gave them undertaking that I would abide by this, and resolved (to myself) to constrain all such meetings to the territory of Monaco.

I sent the Prince this text:

Had a good meeting with DST chief and deputy chief. We can count on them as we move forward. 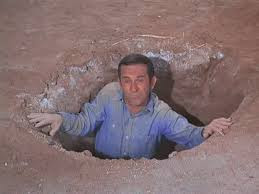 Pointedly, I did not phone LIPS, as he’d requested.


On September 2nd, we received our first intelligence from a liaison partner on Oleg Kim.

In the mid-1990s, Kim had applied for permanent residence in the (UK) Isle of Man. International tracing back then revealed nothing adverse. However, when Kim subsequently applied for a visa at the British Embassy in Moscow he had used forged documents and was henceforth judged disreputable and barred from entering the UK.

When I next met with Monaco Police Captain Yves Subraud, on September 5th, we brainstormed a way of ridding Monaco of our Serbian target and MING.

Neither of these undesirable residents  spent the requisite six months in the principality.

Hence our plan: Bounce both on the basis that they had violated Monaco's residency requirements.

This would have the added bonus of conveying a message to all foreign residents: adhere to the rules, spend more time in the principality or risk losing your residency status.

LIDDY finally delivered his report on the Serbian.  Although dated, it validated much of what we already knew and believed.

Validation from other sources is crucial in the intelligence business (assuming these are not duplicate sources).

LIDDY added that the Serb was under investigation in Austria, so he had not set foot in that country—where his company had been based before moving to Monaco—in over a year.  He was said to have illegally bankrupted two Austrian companies.

LIDDY maintained that the best way to deal with our various culprits was to work with French Customs (the only French agency allowed to investigate inside Monaco as per Monaco’s 1962 treaty with France).

A new investigative division of French Customs had been created in Paris one week before, and LIDDY knew its chief, Jean-Michel Pillon.  Would I like to meet Pillon?

It was a no-brainer.  Schedule it, I instructed.

I’d tasked LIDDY with digging up intelligence on Oleg Kim.  He now reported that Kim used boats in and around Monaco to smuggle cigarettes into France from Serbia and Kosovo—and moved into arms trafficking.  French Customs, he said, was on the case.

That evening I dined with the European Division Chief from SIS at Quai des Artistes in preparation for his audience with the Prince next morning.

By this time, I had grown accustomed to the Prince forgetting our plans to meet, though we had a simple rule between us:  If important visitors were expected, he might be late, but he’d show up.

Nonetheless, I always had a nagging qualm that he would space out the meeting, as he had others; and though I’d warn high-level visitors in advance to be prepared for this, it was always a tense period, awaiting the Prince’s call to confirm his imminent arrival.

The Prince was only slightly late for our British dignitary on the morning of September 22nd. The annual international yacht show had caused dense traffic and parking problems.

“You can’t find a place to park in your own principality?” I quipped, gesturing at an Audi whose driver had simply pulled up on the pavement in front of our building.

“I’m not Genghis Khan,” he replied.

Upstairs, the SIS European Chief briefed us, with great substance, on a number of issues important to us.

And, in return, the Prince authorized me to provide SIS and Britain’s Financial Services Authority with Monaco police files on a handful of suspect Brits resident in the principality.

After SIS departed, I updated the Prince on various dossiers and operations.

He told me he was under enormous pressure to appoint Philippe Narmino chief of Monaco’s judicial system.


We both knew a scandal brewed around Narmino stemming from his alleged involvement in...

a) Misappropriating a painting donated to the Monaco Red Cross and...

b) Rigging valuation assessments to favor his friend and possibly sharing in outlandish commissions.

The Prince stated that a man was innocent until proven guilty.

I countered that this was not about putting Narmino on trial, but assessing his worthiness as chief of the judicial service, essentially, justice minister.

So long as there was smoke out there, I pointed out, such an appointment would send the wrong signal to his subjects and allow the Monegasque Establishment to believe widespread corruption could continue as usual.

The Prince instructed me thus:

Let’s get to the bottom of it.  Investigate Philippe Narmino.

The Prince had a new requirement:

A man named Dan Fischer, who claimed to be German, had moved to Monaco and penetrated his social circle.  He requested I conduct a background check.

Jean-Luc Allavena would commence his duties as chef de cabinet in mid-November, the Prince added; I should brief him on my mission before his arrival at the Palace.

I provided the Prince with CIA’s world briefing, which could not leave M-Base and was locked in a safe until he had read it, on the premises, after which it was shredded, in keeping with our strict security protocol.

And I briefed the Prince on our latest intelligence on Franck Biancheri.

Out of about 5,500 Monegasques, including children and senior citizens, there was but a small pool of eligible professionals for important posts within the principality.

Although born in Monaco, Jean-Luc Allavena was not a Monegasque until later in life when new hereditary legislation was passed.  (Allavena’s mother is Monegasque, but his father is French.)

Biancheri had tried to block this legislation, perhaps because he perceived Allavena an eventual threat to his career aspirations.


So it was ironic—a few years later—that Allavena be given the very job Biancheri coveted and for which he had allowed himself to be groomed by his father, chef de cabinet to the late Prince Rainier.

Biancheri had already heard rumors about the investigation into his alleged corruption.  His behavior in recent days was cowed.  He knew, by now, he would not be chosen chef de cabinet, a move that sent shock waves through the Monegasque Establishment.

Now he waited for the other shoe to drop:  his removal as finance minister.

It had already been suggested to Biancheri that he resign the position, save himself the embarrassment of removal, and become Monaco’s ambassador to Paris.

(I already understood that Monaco does not put corrupt Monegasque government officials in prison but shifts them to less important jobs where they cannot steal as much—a  concept known as Cultural Acceptance Level.)

But Biancheri held firm.   His wife Sylvia was “the tough one,” according to President Stephane Valeri, who dropped by M-Base early that evening for a chat.  She apparently ran the show and had advised her husband:  “Lay low, wait it out.”

Knowing the government possessed more power than the Conseil Nationale, Valeri fancied taking Biancheri’s place as finance minister to posture himself as the best well-rounded choice for minister of state after the Frenchman in place vacated his position and opened it to a Monegasque, now possible due to Monaco’s new treaty with France.

A small cluster of Monegasques vied for—and stabbed one another in the back over—the honor of becoming the first Monegasque minister of state.

Valeri flew up to Paris the following day for dinner with Paris Clique clown Thierry Lacoste to lobby for Biancheri’s job.

After a full day of such Machiavellian intrigue, I liked nothing better than to spend the evening sitting in solitude at the Monte Carlo Wine Bar and over two long glasses of Margaux, contemplate that day’s revelations along with how I ever found myself in this rather unique position.

Next morning, I telephoned the office of Pierre de Bousquet to schedule our next meeting—and was routed directly to him.

“I do these things myself,” the DST chief told me in response to my surprise.  “No assistants.”

No question, I was dealing with the right kind of guy.

And I looked forward to learning if he had received permission to proceed from "The President of the Republic."