Bill Murray, the former CIA Paris station chief, now retired from the agency, popped through Monaco and took me out for lunch.

By now, I greatly lamented no longer having this rough-and-tumble tell-it-like-it-is intelligence professional in charge of our relationship with CIA.

He was smart, experienced, savvy.  In other words, everything LIPS was not. 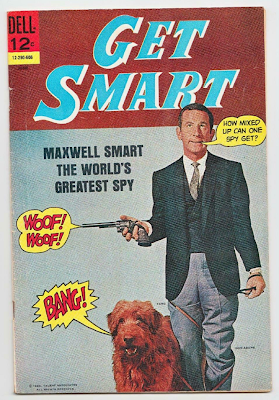 But instead we had to deal with LIPS, around whom the French ran circles, it was said.

Others at CIA, when LIPS’s name was mentioned, would scratch their heads in bewilderment and say, “Don’t know how he got Paris.”

Clearly, everyone knew LIPS was out of his depth.

And I knew it best of all.

“A renowned liar,” said another spook, “and not very good at it.”

I knew this, too.


I explained to Murray our plan to cultivate new liaison partnerships and picked his brain, which he was willing to share, because he truly cared.

My selection was based on countries significant to Monaco’s strategic interests.

Essentially, I wanted to build a shield, so that any new prospective residents (and royal court interlopers) could be crosschecked with the intelligence service of the country in which they were born and/or resident before they got accepted into the mix and/or were able to entice one of Albert's corrupt courtiers into arranging, for a hefty entry fee, a social occasion with the Prince.

The principality, according to SIGER, had seen an influx of residency applications from Central European and Balkan countries, so that region became my focus—particularly Poland, Romania, and Bulgaria (the latter two, expected to be voted into the European Union presently, thus opening the floodgates).

When I got to Albania, Murray shook his head vehemently:

“Bar anyone from Albania at all costs.  It’s one big organized crime group.  They peddle their girlfriends, wives, sisters and daughters—women were made for business.”

Early next morning, I flew to Paris with LIDDY for an eleven o’clock meeting with Jean-Michel Pillon, newly appointed Adjunct-Director for Intelligence & Operations at French Customs.

At the entrance, LIDDY introduced himself and said we were expected.

The security guard looked at me and said, “But who’s he?”

“None of your f------ business,” snarled LIDDY.  “Just phone Monsieur Pillon and tell him we’re here.”

(Another reason I liked LIDDY.)

And while the poor fellow yakked with Pillon’s secretary, LIDDY connected to Pillon on his cell phone and handed it to the guard.

Within minutes of meeting Pillon, I created a discreet, unofficial relationship with French Customs intelligence.

We agreed on two points:

1) We would share intelligence on targets of interest to us both in Monaco;

2) They would investigate matters we brought to their attention and keep us informed of their findings.

At DST headquarters early that evening, Frederic, a young translator, intercepted me before I reached security and escorted me around the metal-detector up to a floor that requires a special elevator key.

Stepping out, he introduced me to Thierry Matta, chef de cabinet to Pierre de Bousquet, and we joined the DST chief in his conference room.

Announced Bousquet:  “The President of the Republic has been briefed.  He is happy that the Prince is sorting out people around him.”

We engaged in a brief discussion of Jean-Luc Allavena and his appointment as chef de cabinet.

We had a frank discussion about internal corruption at a very high level in Monaco and the need, therefore, for extreme discretion in whatever they, the DST, might play back to Monaco’s government about me and what my service was doing.

This intrigued Bousquet, and he pledged his support to clean up the mess, adding, “It will not leave this room.”

I offered to put some of my contacts at their disposal should they wish to verify my contentions.


In Monaco on October 17th, I met with Virginia Gallico, who had, for many years, been lady-in-waiting to Princess Grace and, after her death, to Princess Caroline, and one of Prince Rainier's closest confidantes.

Gallico did not know of my princely mission but met me as a longtime acquaintance.

Gallico told me she despised Paris Clique clown Thierry Lacoste and she harshly questioned his competency.

Actually, she said he was “a terrible lawyer,” adding that Princess Caroline, who in the past had retained Lacoste for legal counsel, had lost faith in his abilities and wanted nothing more to do with him. 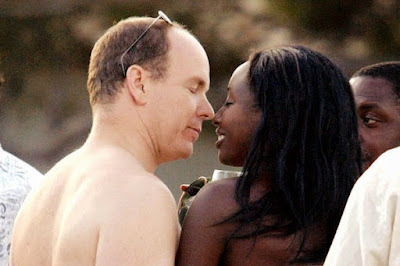 Gallico was particularly livid over Lacoste’s mishandling of the Prince’s relationship with Nicole Coste, the flight attendant from Togo and mother of Albert’s illegitimate son.

(Albert was frightened his father would find out about another illegitimate child. But once Rainier was gone, the threat of exposure lost weight and Lacoste apparently tried to use this to his strategic advantage.)

Gallico referred to Lacoste as a “vulture” for how close he'd stuck to Albert during the six days preceding Prince Rainier’s death, “hoping to seize power along with him,” she said.

Coincidentally, my next meeting was with… Paris Clique clown Thierry Lacoste, the first and only time we would meet.

He "squeezed a few minutes" in for me at seven o’clock in Bar Americaine at Hotel de Paris in Monte Carlo. 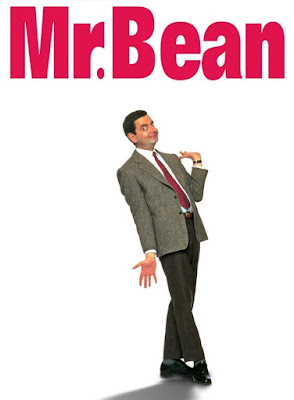 Lacoste looked a lot like Rowan Atkinson’s Mr. Bean character and carried a buffalo briefcase from Hermes, arriving with an arrogance as pronounced as his clownishness.

“What has the Prince told you about me?” I asked, not wishing to waste time covering old ground.


Lacoste said he had no objection (!) and proclaimed it “useful,” though qualified this by moaning about how the FBI supposedly kept files on his mother, Nadia, an American citizen who handled media relations for the Palace, while the French DST believed her to be a CIA agent.

This had left him with disdain for intelligence services.

Lacoste lost no time informing me of his status as the Prince’s “best friend,” the same as Robert Munsch (and others), though when I mentioned Munsch's name it was a mystery to Lacoste (as to everyone) why the Prince continued to tolerate such a pushy mooch.

Lacoste was already familiar with our investigations into Franck Biancheri and Philippe Narmino.

He ventured the opinion that Biancheri should be sent far away (as ambassador) and that the allegations against Narmino were “probably true.”

The problem, he said, was that Narmino had been promised the top Justice job by Prince Rainier three years ago.

Nobody seemed to understand one simple fact:

Prince Rainier was no longer in charge.

In fact, he was dead.

Furthermore, for the final five years of his existence, Prince Rainier had been very ill, and those around him had exploited his incapacity to think clearly.

It should not have mattered what Rainier promised to anyone because:

b) he was not in his right mind when he’d made such promises.

I mentioned Carl Carlsson, on whose trail of bankruptcies I’d briefed the Prince and whom the Prince knew to be bandying his name about to attract new investors/suckers, yet Albert continued to allow Carlsson access to his social orbit.

Lacoste expressed concern, explaining that the Prince was “too nice,” which is what almost everyone said about him.

(Those who knew the Prince well used nice as a euphemism for weak.)

Lacoste had a matter of his own he wished to discuss.

He said he was retained by an important client who was resident in the principality, a Lebanese national named Samy Maroun.

Maroun had a little problem.

Like many of the other toadies in Monaco who suffered Albertitis, Maroun wanted to buy a table at the Princess Grace Foundation Gala.

This gala takes place in New York City, and Maroun was frightened to travel to the United States.

Something about having dealt in embargoed oil and Iraqi Food for Oil corruption (covered much earlier in this serial).

Lacoste asked me these questions:

Would he be stopped at Immigration and hassled if he attempted to enter the USA?

Lacoste offered me payment to find out.

I declined this opportunity, explaining to Lacoste that I worked only for the Prince and that I strenuously avoided any conflict of interest, which included receiving payment from any other person or entity.

It was my hope that Lacoste would learn something from this exchange, and my stance, for it was quite outrageous that on one hand he was trying to influence—and even manage—the Prince’s decision-making in Monaco while, on the other, not only representing Monaco-based clients, but  representing clients whose continued presence in the principality was detrimental to the new ethic the Prince was publicly promoting (if not yet executing).

But I think my point sailed way over his high and mighty head.

Posted by Robert Eringer at 7:27 AM